“Does it feel like Jing Fong to you in here?” It’s one of the first things Truman Lam asks, standing in the restaurant’s new, considerably smaller dining room on the edge of Chinatown and Soho. Nearby, two stone dragons and a golden phoenix — formerly stationed at the entrance of the dim sum restaurant and on its second floor, respectively — serve as reminders for its four decades on Elizabeth Street. “It’s not really a banquet hall, but we want people to still feel like they’re in Jing Fong,” he says. 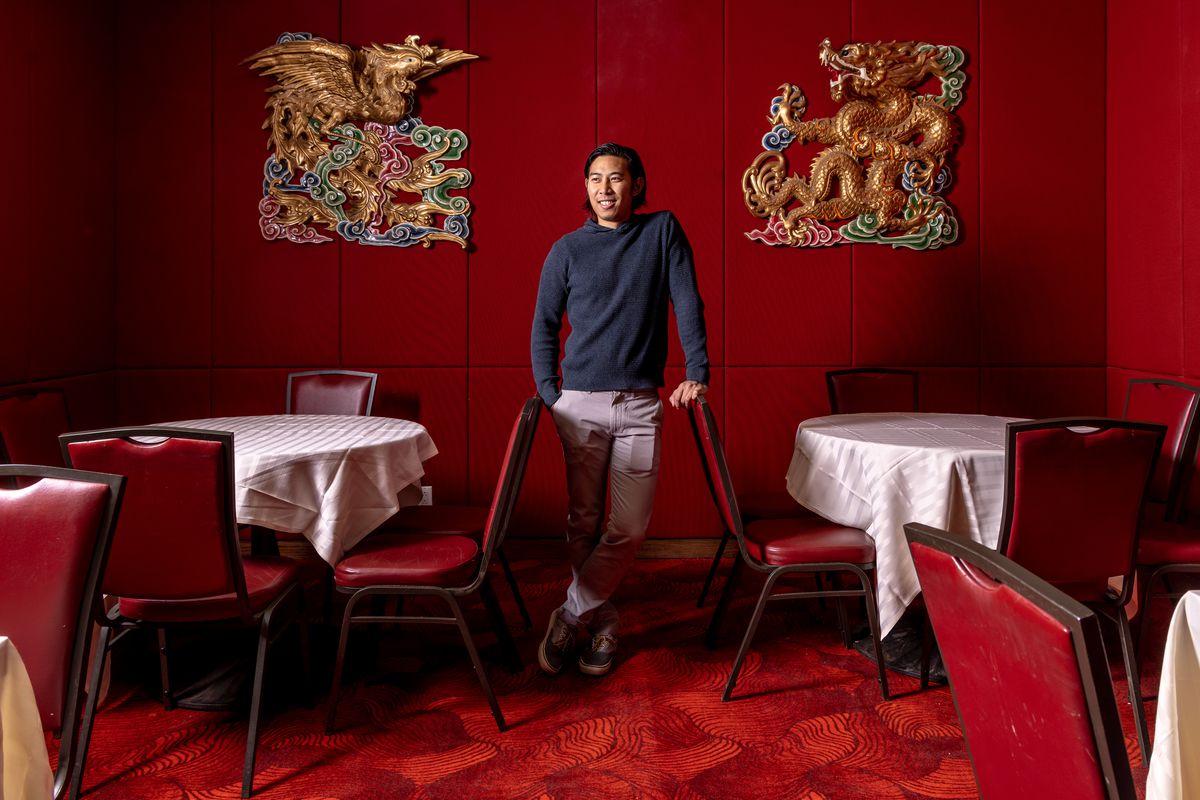 Almost a full year after Jing Fong permanently closed its dining room, the famed dim sum spot will return on December 8 at 202 Centre Street, between Hester and Grand streets. The restaurant, considered Manhattan Chinatown’s largest dim sum hall, is now operating out of a considerably smaller space, where much of the menu and furniture has remained the same, but the signage out front has been lightly edited to match the new digs.

“The sign used to say, ‘Jing Fong Big Restaurant’ in Chinese,” according to Lam, the restaurant’s 37-year-old, third-generation owner. “We have the same sign here, but we took out the word ‘big.’” 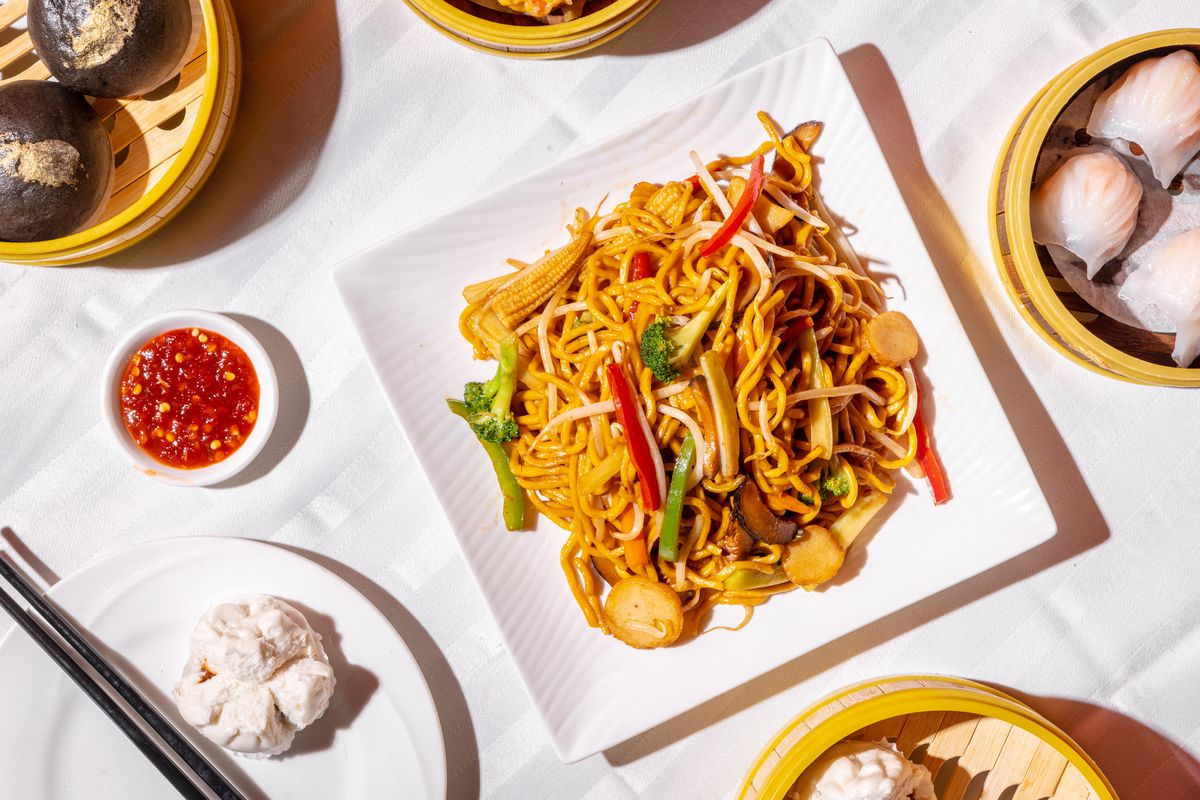 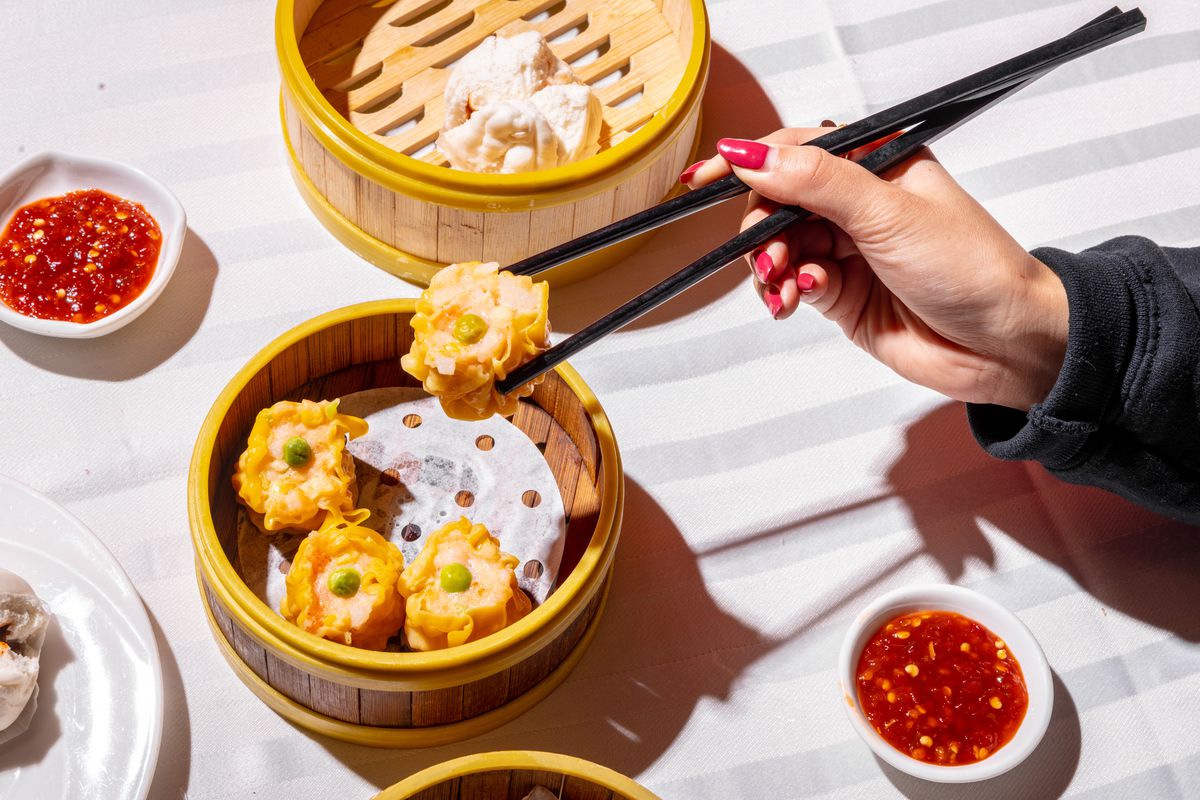 At around 100 seats, the new restaurant isn’t small, but it’s a far cry from its former 800-seat home on Elizabeth Street. What used to be a multi-sensory, possibly hours-long dining experience — arriving early, or otherwise waiting in lines of Disney proportion; riding an escalator upstairs; keeping one eye on the room’s roaming dim sum carts — is now mostly about the food.

“I’m a little nervous,” Lam admits. “Did people come to Jing Fong for the food, or because the vibe is so awesome?” He’s about to find out.

Jing Fong will open for takeout and delivery to start, as its kitchen staff — almost all of whom worked at the previous location of the restaurant — settles into the new space. Indoor dining could follow as early as next week, Lam says, though don’t expect dim sum carts at the start. “We want to do carts in some way,” Lam says, “but given the size of the space, we’re not sure if it makes sense yet.”

The restaurant’s team of dim sum carts may return to the floor in a limited way — “maybe three or four of them,” he says — and possibly on weekends only. 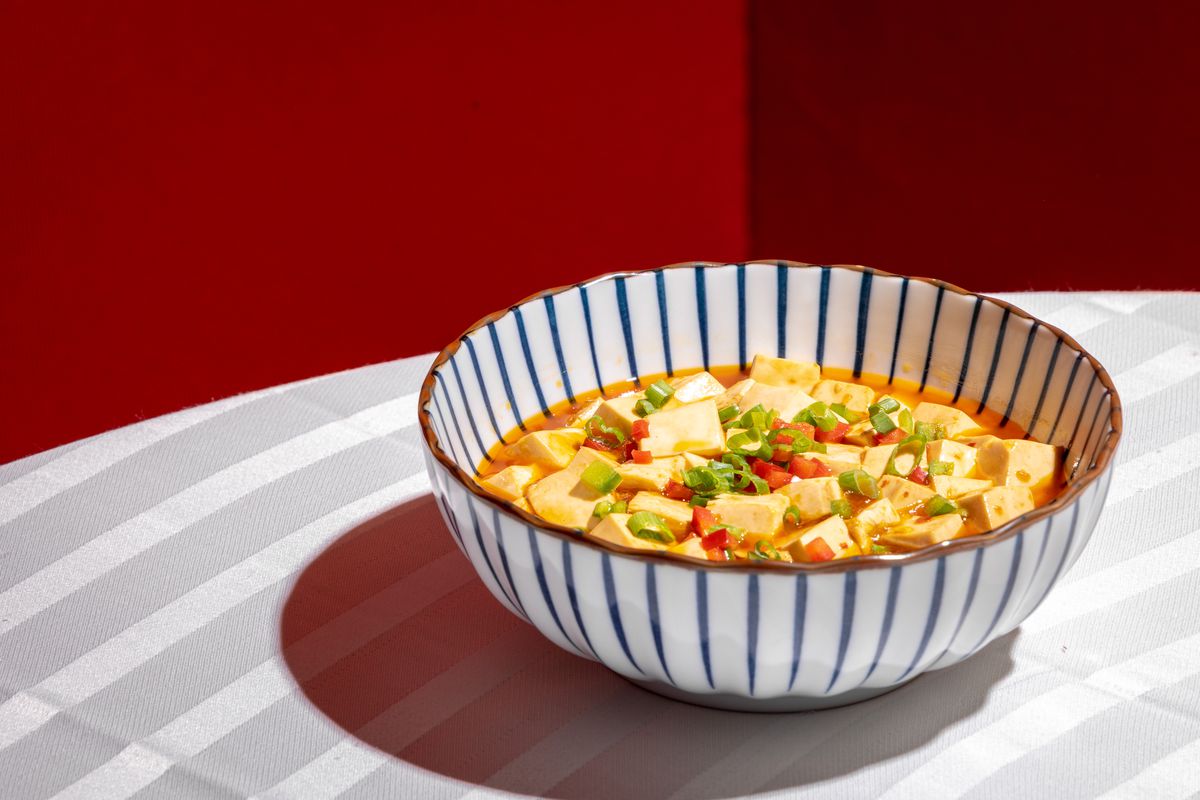 For now, dining will likely look closer to an evening meal at Jing Fong on Elizabeth Street, where customers ordered from menus and orders of har gow were steamed to order, rather than plucked from roving carts. The restaurant’s menu of crispy chicken and pan-fried noodles has mostly stayed the same, though some items have been tweaked in a bid to slightly “modernize” this latest version of the decades-old establishment, according to Lam.

“We’re not trying to be a refined restaurant,” he says. “We’re still going to be casual, but we’re trying to go more toward that direction without being overbearing.” A short menu of new dishes — crispy crab fried rice, silky egg tofu — are geared toward sit-down service, while some items, including the lava buns, which are now dyed black with squid ink, have been tweaked ahead of the opening. 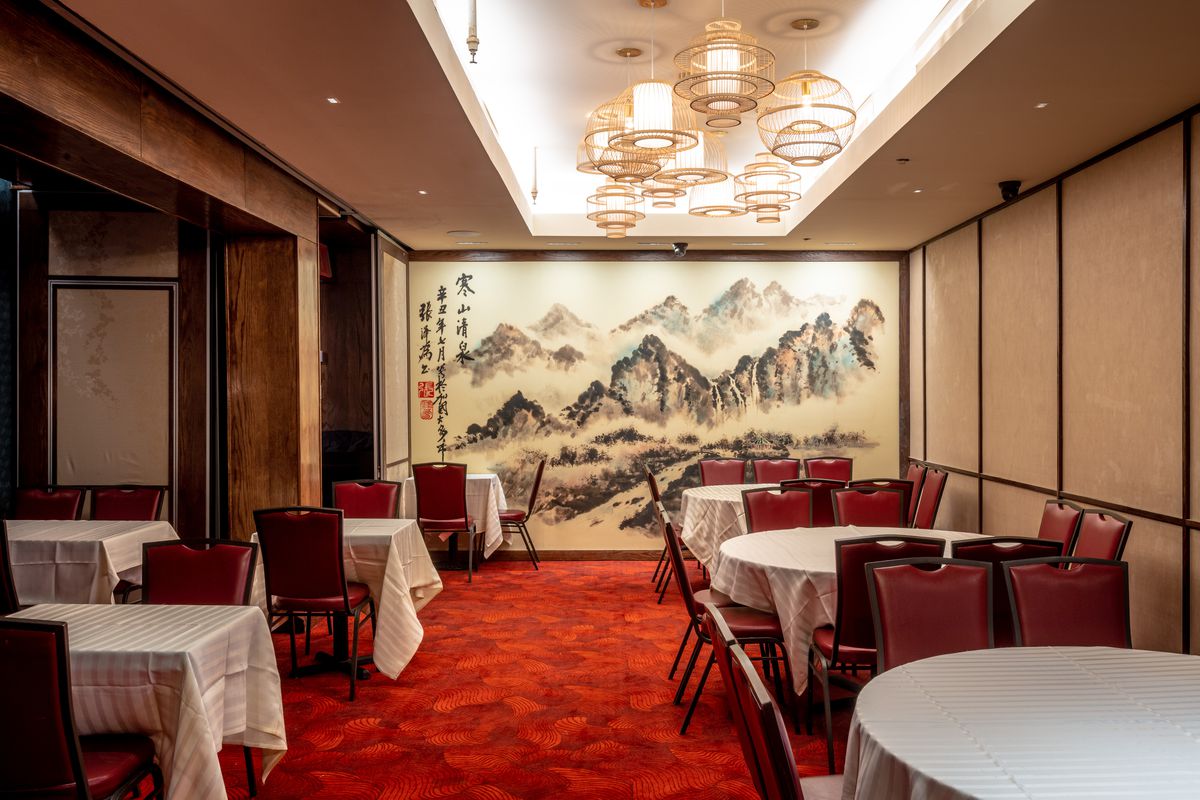 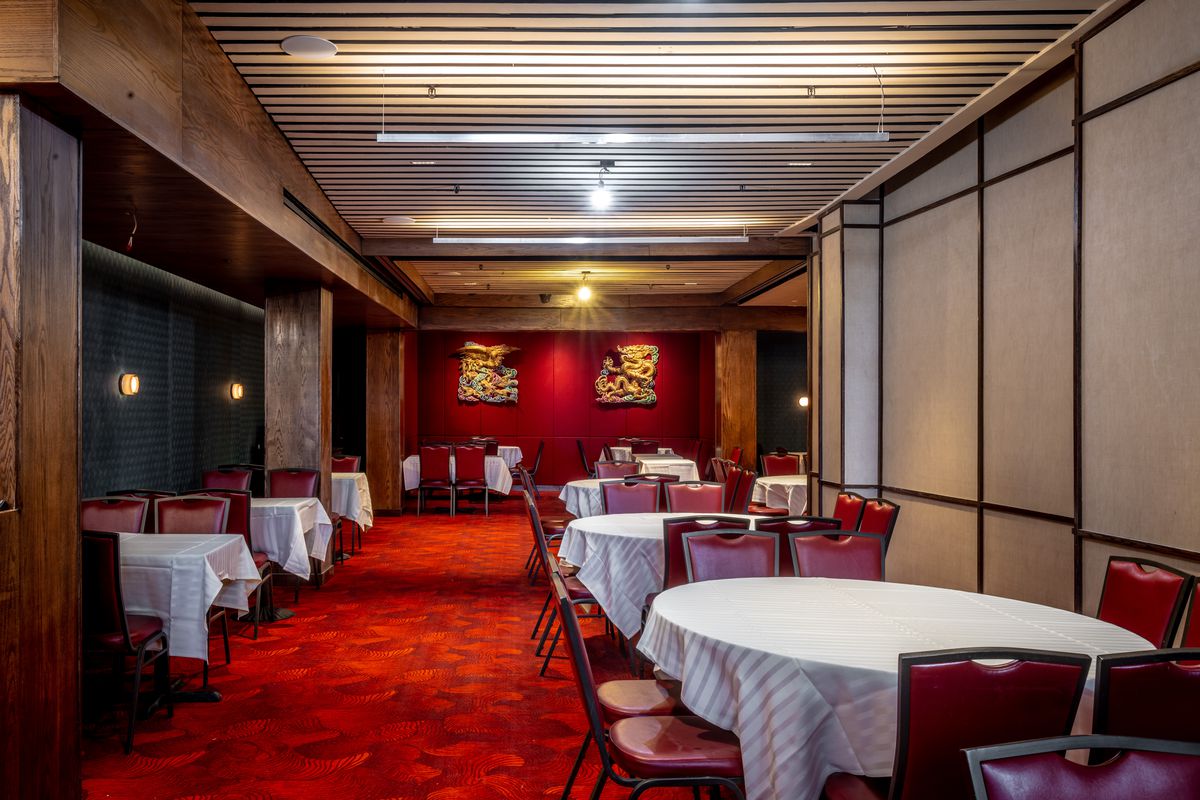 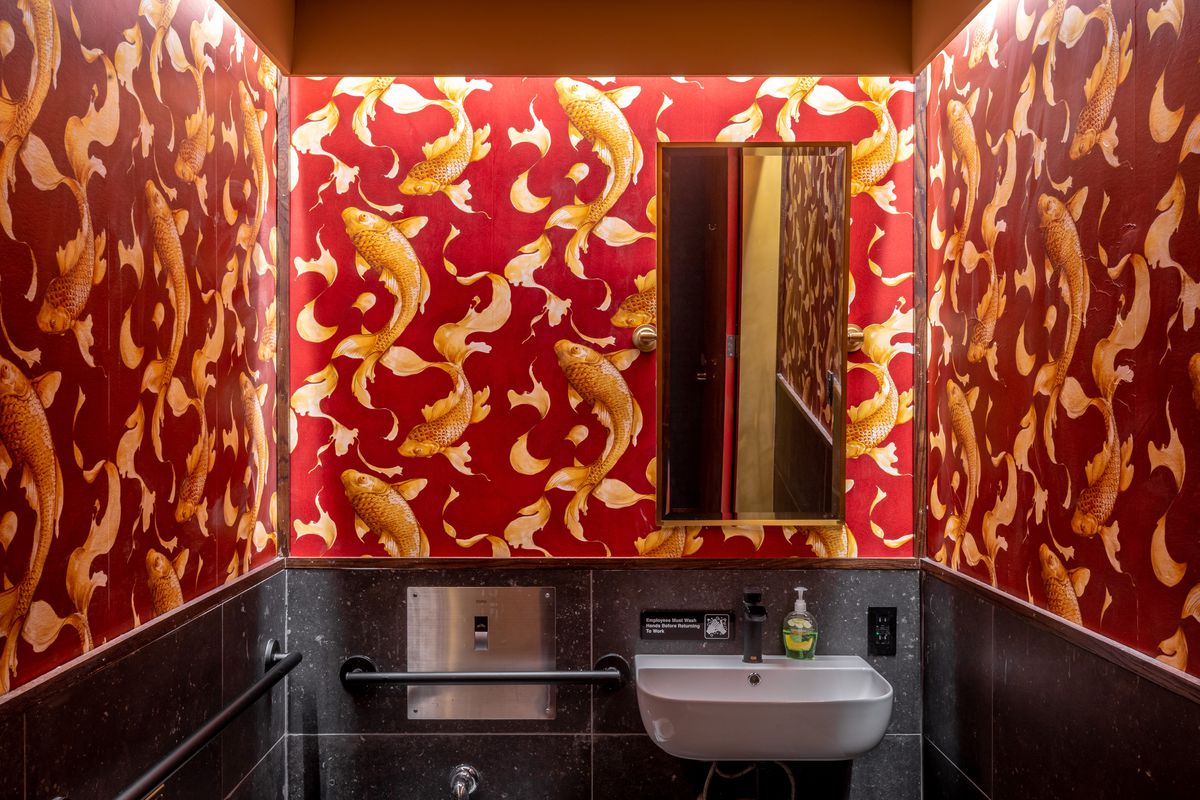 Jing Fong, which opened in 1978 and moved to its former, two-story home on Elizabeth Street in 1992, was largely recognized as Manhattan Chinatown’s largest dim sum hall. When the sprawling room wasn’t filled with diners seated at round tables sharing dumplings and roast duck, the space was often used to host large weddings and events. The restaurant’s size was partially to credit for its citywide reputation, according to Lam, along with its downfall during the pandemic.

A month before coronavirus had been detected in New York state, Lam recalls walking upstairs and counting 36 customers in Jing Fong’s 794-person dining room. “I had more staff there than customers that day,” he says. He decided to close on weekdays as a cost-cutting measure and only open on weekends. When former Gov. Andrew Cuomo announced that gatherings of more than 500 people were prohibited a month later, “that was it,” Lam says. The restaurant closed its dining room on March 10, 2020. 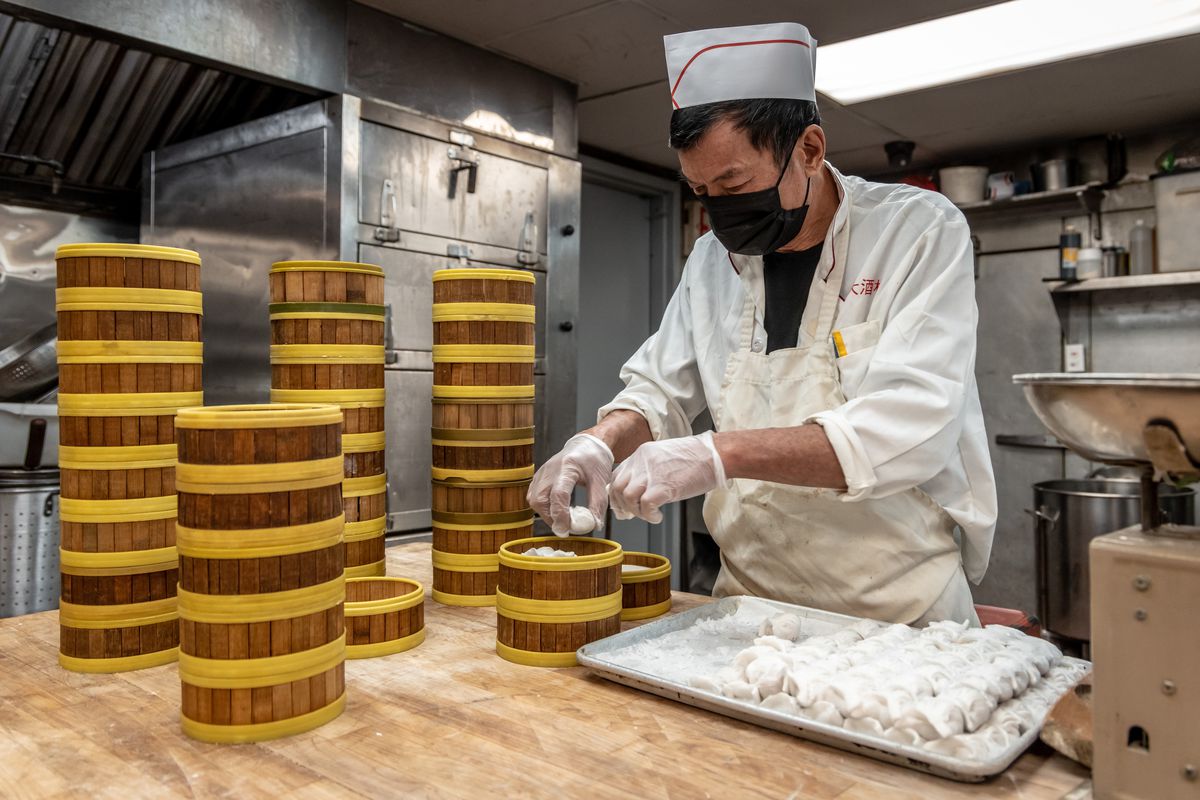 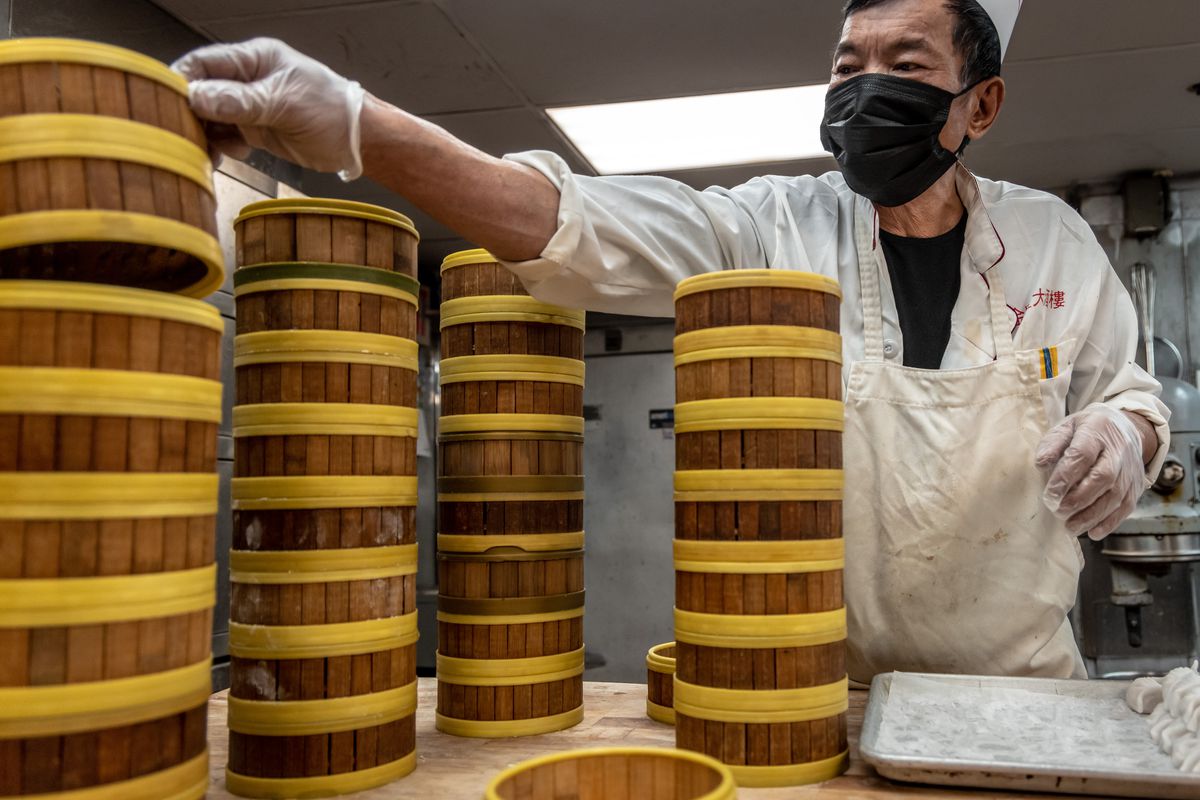 Ahead of the closure, unionized Jing Fong employees protested the restaurant’s closure, calling on landlord Jonathan Chu to find a way to keep the Chinatown institution open. Close to a year later, they continue to rally outside of the Museum of Chinese in America, located across the street from the new Jing Fong, where Chu sits on the board of directors.

“The closure of Jing Fong underscores the displacement pressures many longtime commercial and residential tenants in Chinatown and the Lower East Side are experiencing,” 318 Restaurant Workers Union said in a statement addressing the opening. “For this very reason, the former workers of Jing Fong will stay on the picket lines as long as it takes for the Chu family to reopen the Jing Fong dining room.”

The iconic Chinatown restaurant let go of around 130 workers in total after closing its Elizabeth Street location, roughly 70 of whom were members of the 318 Restaurant Workers Union, according to Lam. He intends to hire about 15 of the unionized employees when the restaurant opens for indoor dining, due to its smaller size, he says.

The Centre Street space, which was previously home to the Chinese Red Egg restaurant, came onto Lam’s radar last year, before he made the decision to permanently close Jing Fong. (The restaurant’s smaller Upper West Side location remained open through much of the pandemic.) “Some would argue this is not considered Chinatown,” Lam says of the Centre Street restaurant, “but it’s close enough. There’s still a lot of Chinese people that walk up and down here, and it gives us better access to Soho customers and tourists.” 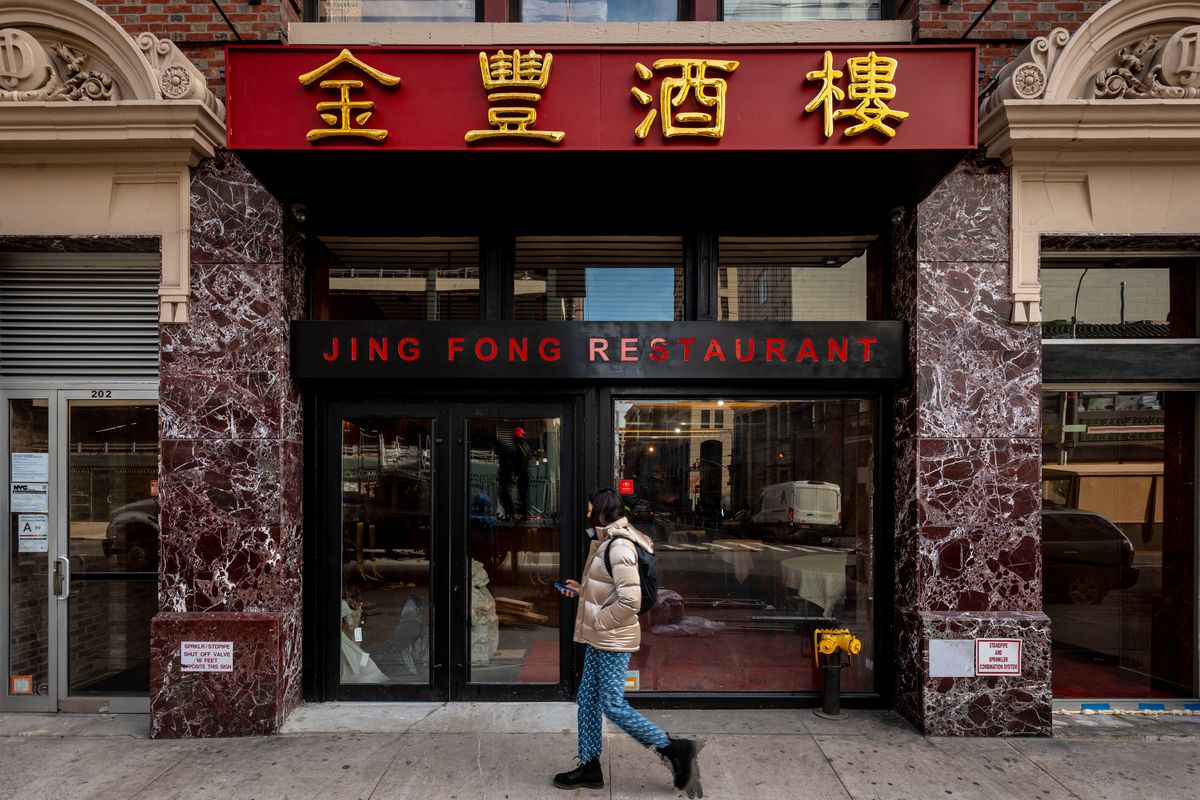