What does the new Jing Fong restaurant look like after its previous location — a high-ceilinged temple to dim sum with room for 800 diners — closed during the pandemic?

For starters, it’s a lot smaller: It will seat just 125. But like the phoenix decorations brought from the old Elizabeth Street spot to hang on the walls of the new place, Jing Fong’s reopening underlines that after COVID lockdowns decimated Chinatown, its restaurants are starting to rise again.

It will be a welcome sight for a place that was the hub of a community — with weddings, birthdays, tourist visits and especially get-togethers of the area’s elderly. And it’s part of a broader brightening of the picture for Chinatown.

“Things are better,” said Wellington Chen, executive director of the Chinatown Partnership. “The tourists are coming back — especially domestically. The numbers have substantially improved.”

Still, it’s too soon to give the all-clear signal, especially as the Omicron variant looms and there remains a lot of work to be done to rebuild from the carnage the virus inflicted on the neighborhood, which was especially hard-hit when tourists evaporated. 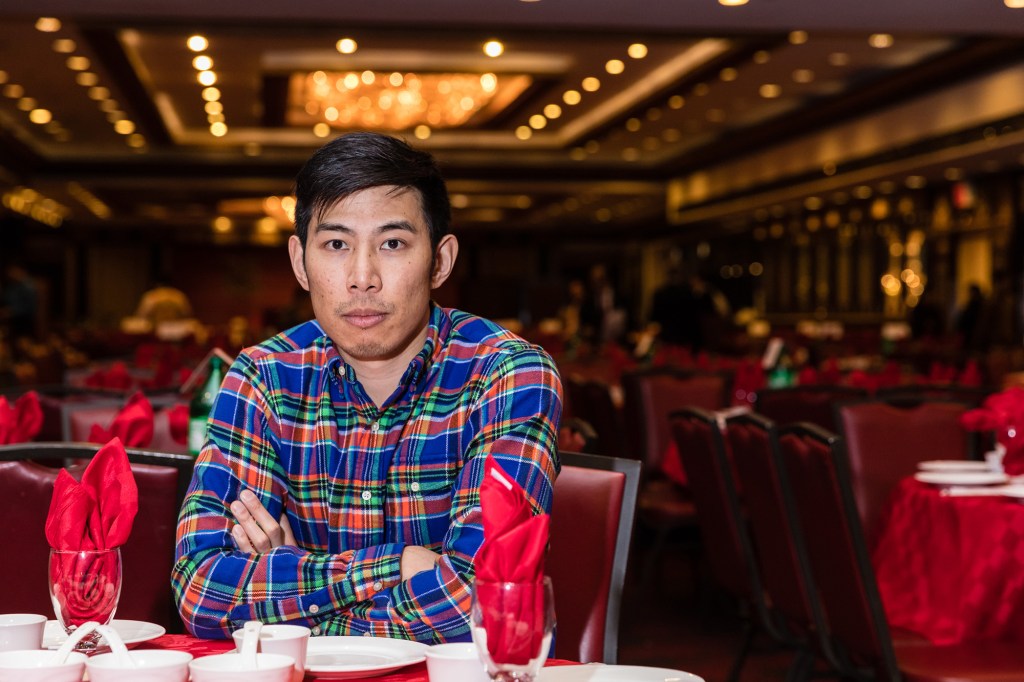 Jing Fong’s third-generation owner Truman Lam had told Side Dish the restaurant wanted to reopen in a new location earlier this year; it’s now reopening on Centre Street. He’s pictured in the old location, which closed in March after it opened in 1972.

But the reopening of a neighborhood landmark, albeit in a smaller, single-floor location, is a good sign of the slow march back to normal. Executive Dim Sum Chef Jin Ruan and Executive Chef Lai Kai Fung — the same leads in the kitchen — are gearing up to prepare the dishes for the new location at 202 Centre St., which is set to open for takeout “in the next few days.”

A year into the pandemic, Chen told Side Dish that about one third of Chinatown’s 300 plus restaurants had permanently closed. Today, there are more than 350 eateries in Chinatown — although this number now includes bubble tea shops and bakeries that weren’t counted during the pandemic.

The city has regained 75% of the population that left during the pandemic, according to data compiled by city comptroller Scott Stringer. And, in addition, the US Travel Association predicts that domestic leisure travel will surpass pre-pandemic levels next year, although business and international travel will take longer to recover. 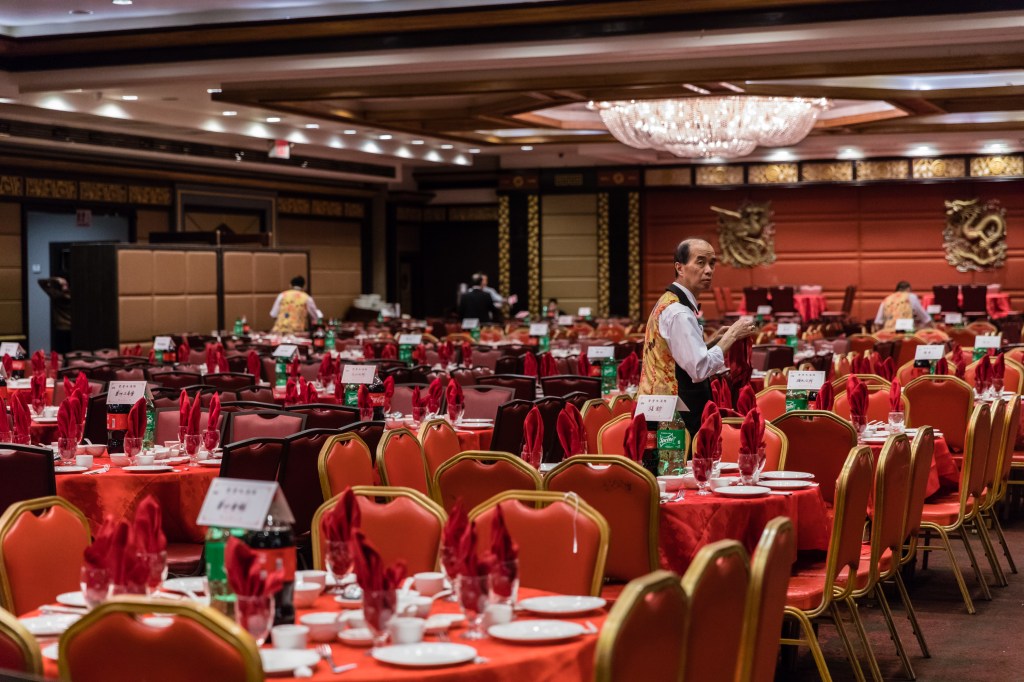 Inside the old Jing Fong Restaurant at 20 Elizabeth St. in Chinatown

Reopening such an integral part of the community will be a big step toward the local recovery, said Jing Fong’s marketing director, Claudia Leo.

“We weren’t a public space but we sort of served as one, since there isn’t a lot of public space in Chinatown,” Leo said of the old space that opened in 1972, but that lost 85 percent of its revenue before closing in March 2020. Days later, the landlord began to demolish the treasured space.

The restaurant had planned to open last June, third-generation owner Truman Lam had told Side Dish earlier this year. But they were held up waiting for supplies that were stuck at ports — global supply chain issues related to the pandemic.

In the meantime, the kitchen is getting ready to once again send out thousands of dumplings and other familiar items from the menu, which is still the same, save for a few additions, like a Chinese chicken casserole for the holidays.

Some memorabilia has been saved — like the phoenix and dragon decorations — — Chinese symbols of success and prosperity.

“The dragon and the phoenix are hung up on a wall in a section of the restaurant that is almost an exact replica from our Elizabeth St. location,” Leo said.

The new Jing Fong location also has room for outdoor seating, but the restaurant isn’t building out an outdoor space just yet.

“We will slowly decide what to do,” Leo said. “We need to feel out the space before we overwhelm ourselves.”

It’s a first for Chinatown, although there are similar ones in Flushing and Sunset Park. It boasts 10 stalls and around 12 tables that seat 100 people — and it is another place for the community, particularly the elderly, to gather.

It’s also another sign that Chinatown is on the mend, Leo said.