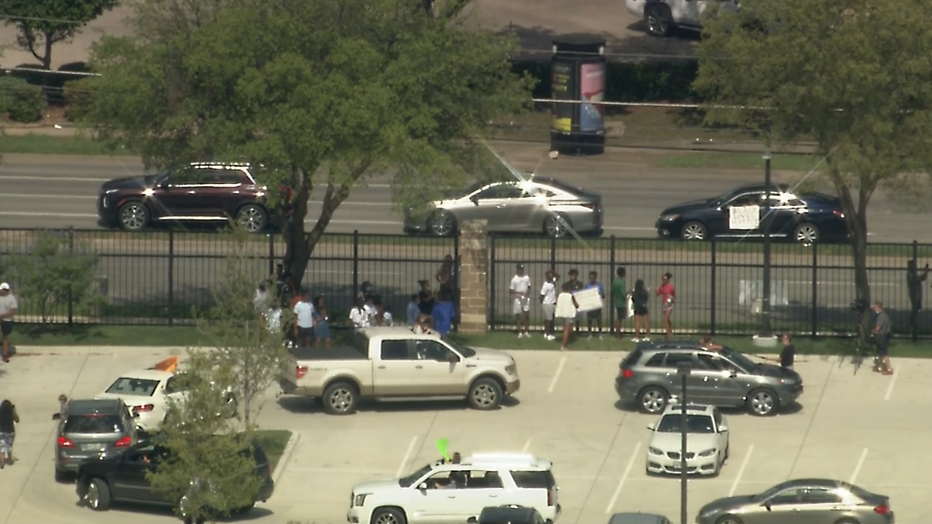 There was large show of support for a group of local black teens on Sunday.

There was a rally at the Sonic Drive-In near Jesuit High School in North Dallas that was organized after a group of friends said they were mistreated because of the color of their skin.

It's something the restaurant has now apologized for.

“We were coming from a graduation party celebrating our senior year, so we stopped at Sonic,” Evan Brown recalled.

Brown and Elle Grinnell were part of the group of black teens.

They said they had just started hanging out at the Sonic, and were not being disruptive, when an employee made a threat.

“We were met with a car hop who told us if we didn't leave or get back in our cars that he would have to call the police on us,” Brown said.

“That is a threat to our lives with everything that is happening in the climate of the world right now,” Grinnell added.

Evan’s mother, Shonn Brown, said she went back that evening and saw another group of kids doing the same thing, but they weren’t told to leave.

“I came back actually that evening and saw two groups of all white kids hanging out and they were not asked to leave, and certainly were not told that the police would be called on them,” she said.

But Shonn and other parents wanted to show it didn't just impact their children, so they organized a drive-thru rally. 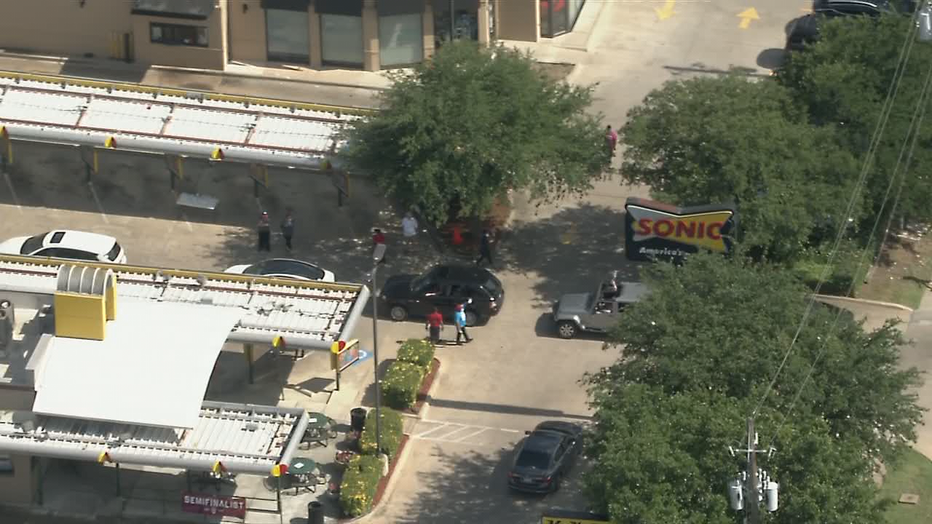 “We wanted to come and show our community and our friends that we support them and what happened was wrong,” said Karen Wade.

The rally drew car after car through the Sonic parking lot.

And that community support left an impression on the teens too.

“It's overwhelming. Indescribable. Insane. I thought we would have support, but not like this,” the teens said. “This is crazy.”

It showed there is a community of people who want everyone to feel welcome, everywhere.

“It's not just seven teens and a couple of parents, it is the entire community that would like change,” Evan said.

FOX4 asked about disciplinary actions, and a spokesperson said the employee involved in the incident has been counseled.