Dozens of ticked-off diners got into an all-out brawl that was caught on video at a Golden Corral buffet in Pennsylvania after the eatery ran out of steak.

Shocking footage from the Friday fracas shows a mob of patrons hurling punches and chairs — including baby seats — while others in the crowd scramble to safety, video posted by Facebook user Gavin Lauretta shows.

Workers at the Bensalem restaurant can be seen trying in vain to calm down the warring diners, with a child heard crying at one point and the restaurant left a littered mess. 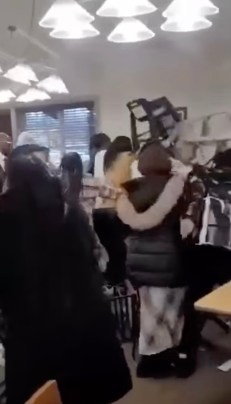 Customers were forced to run for safety.

“There was a shortage of steak and two parties were involved and one family cut in front of another family,” Lauretta told KYW-TV in Philadelphia. “They were taking their time and they ran out of steak and it got into a heated exchange at the tables.”

In a statement, JK Hospitality LLC, which owns the Golden Corral franchise, acknowledged the melee but said no one was hurt.

“We are aware of an unfortunate disturbance that started between two parties of guests at our franchise restaurant in Bensalem, PA,” the company said in a statement to Fox News. “We notified local authorities, and they are investigating the incident.

“Thankfully, no serious injuries have been reported,” the company said. “The safety of our guests and co-workers is our top priority.”

The Bensalem Township Police Department said in an email to The Post on Tuesday that most of the dueling patrons were gone by the time cops got there.

“Thankfully there were no serious injuries resulting from the fight that we are aware of,” Bensalem Public Safety Director William McVey said in a statement. “Only a few minor injuries were sustained. 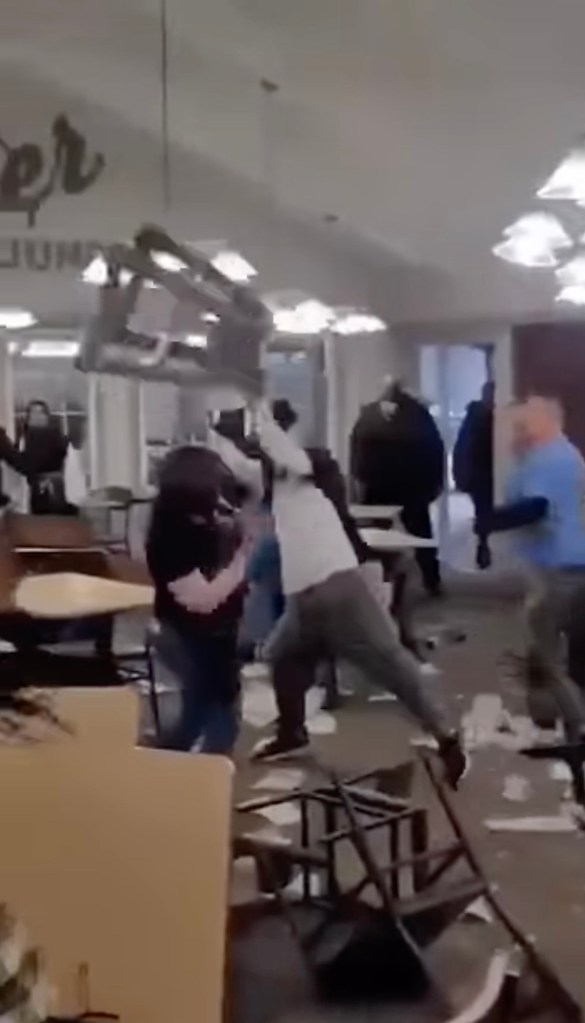 Punches and chairs – including baby seats – were thrown. 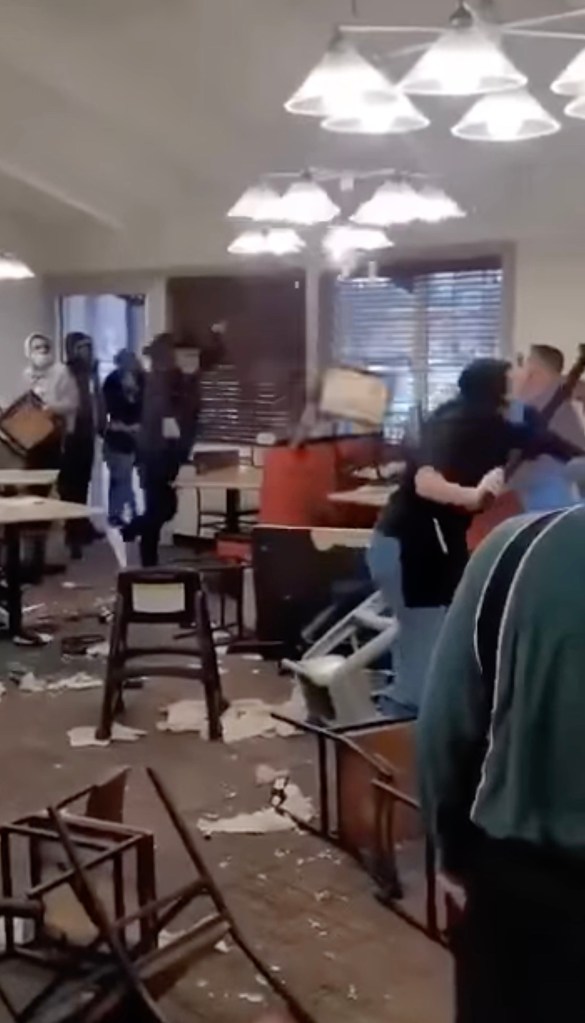 Workers at the Bensalem restaurant can be seen trying in vain to calm down the warring diners.

“Our department is currently investigating the cause of the fight and attempting to identify those who were involved,” McVey said.