by Morning Brew to get the best recs for smarter living

At Restaurant André in Singapore, nothing was left to chance, and nothing was out of place.

The menus were hardback novels inscribed with Chef Chiang's sketches. Chairs were placed at a perfect 45-degree angle to the table. Dishes were presented in line with Chiang's trademark Octaphilosophy and represented his chosen eight elements of food: texture, memory, pure, terroir, unique, salt, south, and artisan. Food lovers from as far away as Germany and Brazil would fly to Singapore for a taste of Restaurant André's S$450 ($333) degustation menu.

In the fall of 2017, Chef André Chiang was on track for big success. He was poised to receive his third Michelin star, and Restaurant André was on the brink of being crowned Asia's best restaurant. A documentary crew was following Chiang around.

And then, on October 10, Chiang announced that in four months' time he was shutting it all down.

His staff sat dumbstruck as he delivered the news. So did the rest of the gastronomic world. And yet, in a recent phone call with Insider, Chiang called it his proudest moment.

"I had finished my masterpiece," he said.

The chef came to the decision to close down operations on the same day that he made the announcement.

"That morning I was sitting on a sofa in the restaurant and I realized I had nothing to do," he said. "Everything was so perfect. Usually, you're fixing this or that … moving a chair, adding more salt to the dish."

"That day was perfect, even the weather was perfect," he went on, "so I called my wife and said, 'This is it.'" 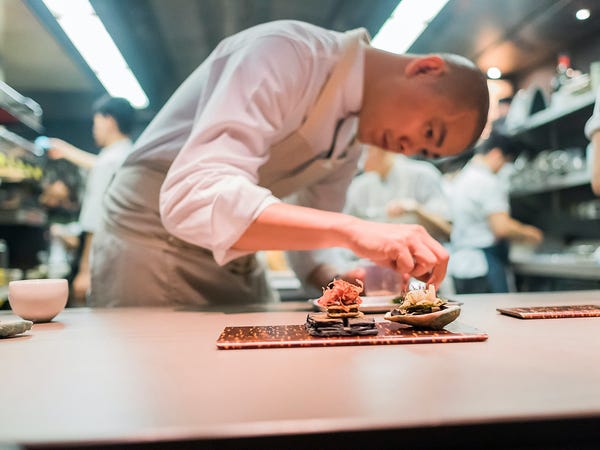 Putting the finishing touches on a dish at Restaurant Andre.

It's difficult to overstate Chiang's impact on the culinary world.

After all, he is the only Chinese-born chef ever named in the World's 50 Best Restaurants since the list's inception in 2002.

Chef Ernest Toh is the Head Chef at Mume in Taiwan, which is also featured on Asia's Best 50 list. He says that Chiang's recognition has showed other young Chinese chefs that owning a global fine-dining restaurant is possible.

"I feel like it did make a difference, that the role of running an upscale restaurant with high expectations need not be limited to European chefs. Especially with chefs in Taiwan, they look to him as a role model," Toh told Insider.

But Chiang, now 45, didn't always feel so directly connected to his roots.

He left Taiwan at the age of 13 to live in Japan with his mother. Two years later, he moved to France to train at the three-Michelin star restaurant Le Jardin des Sens. Over the next nine years he worked his way up to become the chef de cuisine and went on to work for a series of renowned restaurants in France.

In 2008, he moved to Singapore to open Jaan par André at Swisshotel The Stamford. Tables sold out and the restaurant drew rave reviews, which, Chiang said, encouraged him to open his own restaurant: "We were at the maximum of what we could deliver at Jaan par André, and if we expected to go higher in quality, experience, and detail, Restaurant André was the right thing to do."

Two years later, he opened his self-titled restaurant in the posh Tanjong Pagar neighborhood. He installed an olive tree outside the front door, which he brought as a keepsake with him from France.

It was at Restaurant André that he created his Octaphilosophy, which focused on the aforementioned eight elements. "Memory" was the only dish that never changed, as the warmed foie gras and truffle couli was the first dish he created on his own in France. He cemented the philosophy in his cookbook, "Octaphilosophy: The Eight Elements of Restaurant André," which he published with Phaidon Press in 2016. 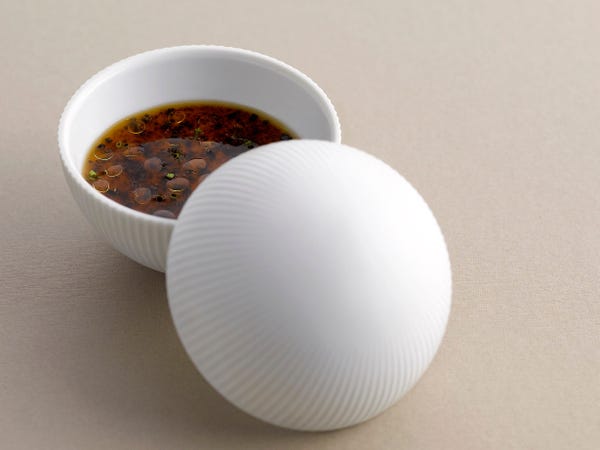 In 2016, Restaurant André was awarded two Michelin stars. Chiang retained the stars for another year and in 2017 was ranked No. 2 on Asia's Best Restaurants list.

In 2017, Singaporean director Josiah Ng approached Chiang about being the subject of a feature documentary.

"It was the same feeling as what people experienced during the pandemic. It's not the big house, fancy cars, or travel that was important – it was your family, friends, and health," added Chiang.

He closed the midnight-blue doors of the colonial mansion-turned restaurant on February 14. A month later, Chiang moved home to Taiwan.

"Each year I write a list of 10 things I want to achieve," Chiang said of the decision to return. "Coming back to Taiwan had gone from bottom of the list to the top of the list as I started to feel disconnected from my home country."

In August, Ng's documentary, "André and the Olive Tree" was released. Much like Chiang's own philosophy on food, the 104-minute documentary is presented in eight chapters. It aired at film festivals in the US, Iceland, and Canada. In December, Netflix and the Discovery channel bought the rights to the documentary, which has become the top-grossing documentary release so far in Taiwan in 2021. The documentary even beat Disney's "Mulan" at the box office for two weeks.

Media analyst Teresa Phillips, CEO of global technology and data company Spherex, told Insider it's not hard to see why "André And The Olive Tree" became a sensation in Taiwan.

"A confluence of factors contributed to the documentary's success in Taiwan," Phillips said. "The timed theatrical release, a story of a successful man giving up everything to come back to his roots, themes of hope in times of despair during the pandemic, and excellent marketing strategies." 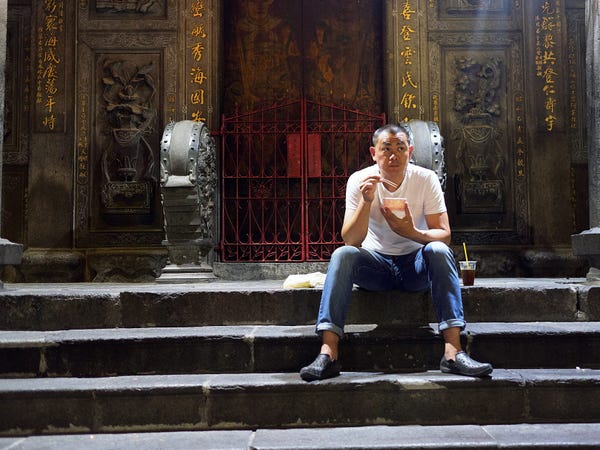 Chiang's mission now is to train the next generation of Taiwanese chefs. Currently, chefs in Taiwan who want to specialize in fine dining have to travel to Europe to gain experience. "They have to register at Le Corden Bleu in Paris, then they come back," said Chiang.

To change that, Chiang has become a visiting lecturer at two universities in Taiwan, where he runs a business masterclass for chefs: "What I teach is creativity, color, branding, flavor combination, trend, and calculation."

While he closed Restaurant André, he still has nine restaurants across Europe and Asia. Among those is RAW, which was awarded two Michelin stars in 2019, and Burnt Ends in Singapore, which is in the World's Best 50 list.

He's also opening a hotel in Okinawa, Japan, which will be his first foray into travel. "It is being built from scratch. It will take three years to complete. We just have to wait to see what happens with the pandemic," said Chiang.

For now, Taiwan seems to have brought out a more relaxed side of the chef. Keepsakes from Restaurant André can be seen scattered around his new home, including the sheep stools that his VIP guests used to use as handbag holders. He hasn't forgotten Restaurant André, but he's ready for his next chapter. Until then, he says: "I'm just happy sitting in my house in the country drinking coffee and looking at the rice fields."