Some customers of Arnaldo Richards' Picos Restaurant in Houston made the comments in person and online. 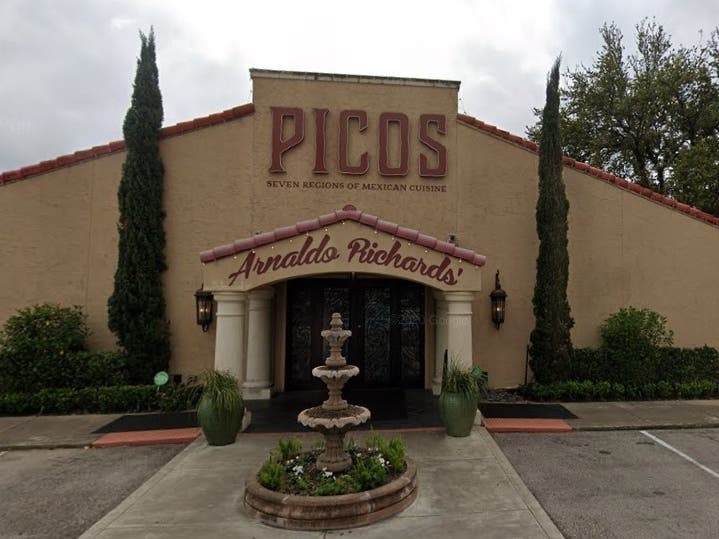 Employees at Arnaldo Richards' Picos Restaurant in Houston were threatened with calls to immigration authorities over their decision to keep a mask mandate despite Texas Gov. Greg Abbott's order to drop the statewide mandate. (Google Maps)

HOUSTON — Owners of a Mexican restaurant in Houston have said some customers have threatened to call the U.S. Immigration and Customs Enforcement agency because of its decision to continue to require masks even as Texas Gov. Greg Abbott lifted the statewide mandate.

"Y'all deserve ICE," said a post on social media directed at Arnaldo Richards' Picos Restaurant, one that was shared with CNN.

The social media post has been deleted, but restaurant owners said ICE threats have come from other restaurant customers in person, too.

"This gentleman just said that I should not be going against the governor of Texas, and we should respect his mandate on lifting the ban. If not, he could send immigration to come and check our green cards," Arnaldo Richards, who has owned the restaurant on Kirby Drive since 1984, told CNN.

"And I thought that was highly racist," he added. "I thought it was inappropriate. And had it not been a Mexican restaurant, he might not have said anything or referred to checking our green cards."

Richards emigrated from Mexico and became a U.S. citizen in the 1980s. All his children were born in the U.S., he told CNN.

The restaurant owner said he decided to continue to require customers to wear masks amid the coronavirus pandemic because "each person has a role to play in their own personal safety and the safety of others," according to CNN.

Ninety-nine percent of his customers, he said, are adamant about wearing masks and have backed the restaurant in the wake of the alleged racist comments.

"It's just unimaginable that you would target a restaurant for trying to keep their employees safe," Knight said.

Get more local news delivered straight to your inbox. Sign up for free Patch newsletters and alerts.