Morgan Spurlock, the man behind the film, "Super Size Me," which uncovered some of the secrets of the quick-service industry, is back with a sequel. "Super Size Me 2: Holy Chicken!" available on demand Friday, and to celebrate Spurlock has opened a fast casual chicken pop-up that he calls completely "transparent." Now open at 18 W. 23rd St., in New York City, Holy Chicken is serving Spurlock's fare through Sept. 22, according to a company press release.

Although fast food has changed since "Super Size Me" debuted 15 years with many touting food that's "healthy," "organic," and "natural," Spurlock is exploring those claims in his latest film, which follows him as he launches his own restaurant brand. 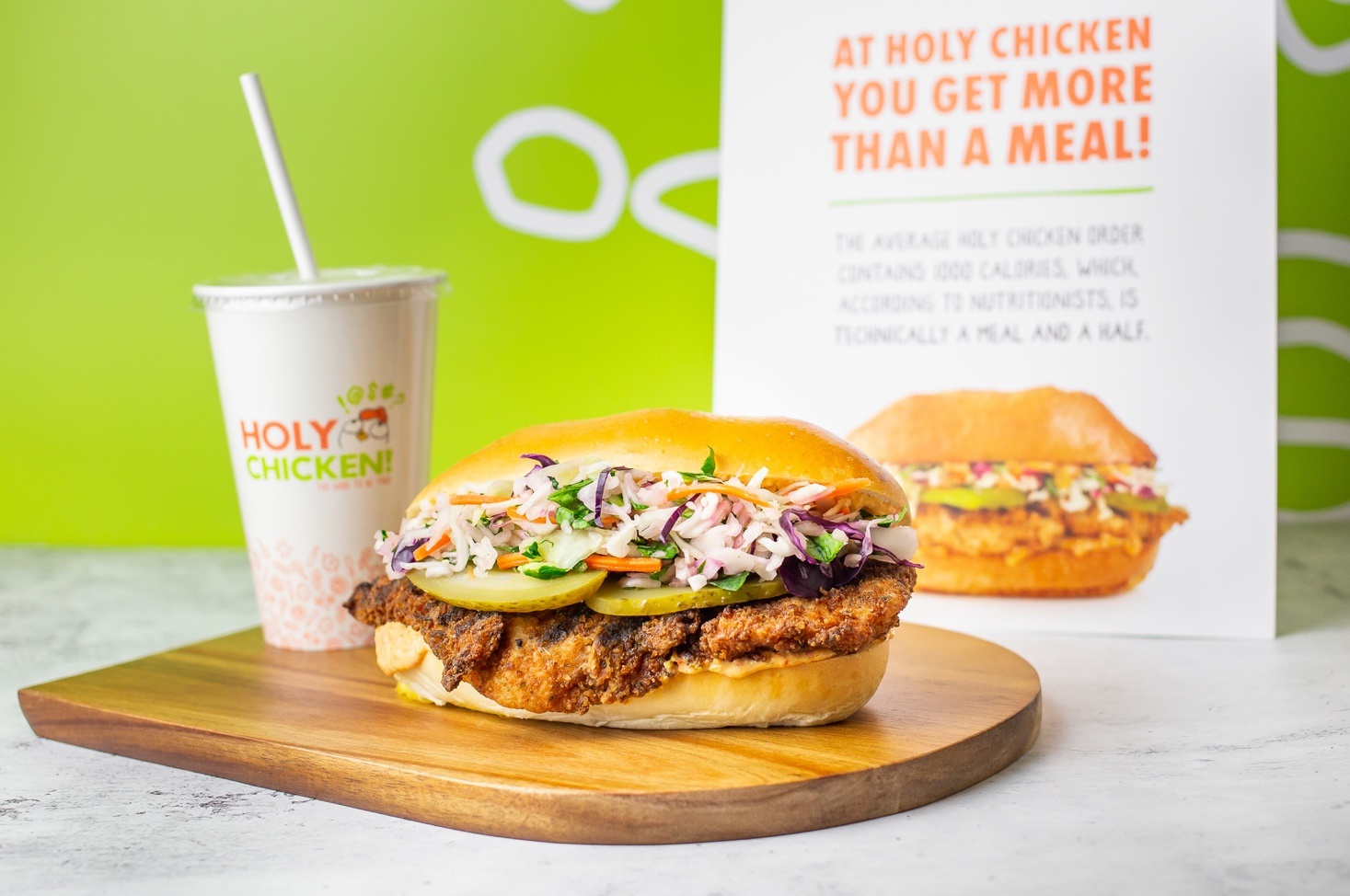 ""Super Size Me 2: Holy Chicken!' examines this from the corporate side, showing you the decisions that are made, the stories that are spun, the corners that are cut, and the lives that are impacted to get you, the consumer, what you believe to be the best food possible, at the most affordable price," Spurlock said in the release. "But in a world where so much of the regulation is self-imposed and those who are tasked to oversee the safety come from within the industry itself, it becomes clear that the only way to fight fire, is with fire. Or in this case, with a delicious original grilled crispy chicken sandwich."

It also draws back the curtain to show how the industry works and how key words, colors, signs, photos are used to make people feel better about what they're eating, Spurlock  said.

The pop-up is serving free range, hormone- and antibiotic-free chicken raised by Coleman Natural, a former independent chicken grower that was purchased by Purdue Farms in 2011 — one of the five companies that controls 99% of the chicken consumed in the U.S. Also on the menu is:

Guests at the pop-up include Jonathan and Zack Buttram, two Alabama chicken farmers, who appear in the film. Charles Morris, a Kentucky-based chicken farmer, who is engaged in a multi-million-dollar lawsuit against Tyson Foods, will also make an appearance along with Sandwich — the official mascot of Holy Chicken.

Holy Chicken will open its first brick-and-mortar location in Washington D.C., but an exact date has not been announced.

This is Spurlock's first project since admitting to sexual misconduct and infidelity accusations. Via Twitter, he said he was part of the problem and apologized for his behavior.

"But I am also part of the solution. By recognizing and openly admitting what I’ve done to further this terrible situation, I hope to empower the change within myself. We should all find the courage to admit we’re at fault.

More than anything, I’m hopeful that I can start to rebuild the trust and the respect of those I love most. I'm not sure I deserve it, but I will work everyday to earn it back.

I will do better. I will be better. I believe we all can."