The Netherlands is home to a number of large multinational companies – either Dutch in origin or international concerns which have established regional headquarters in the country. Holland has an open business climate with access to a highly educated, multilingual workforce. Some Dutch regions also specialise in certain industry sectors offering world-class research and development.

There are plenty of opportunities to find a good job for expats who have the right experience – especially as English is often the main working language of many international companies. However your job prospects will be improved if you are also able to learn Dutch and/or speak other languages fluently.

Here is a brief listing of some of the major multinationals present in The Netherlands. If you have a target company in mind then keep an eye on their vacant positions and try to network with some employees who already work there.

Consider taking a slightly less challenging role at first just to get your foot in the door. Since a lot of job positions are filled by internal candidates, you should find the chance to rise at some point within the organisation.

International firms with regional HQs in the Netherlands

Nike – The popular US sportswear company has its European headquarters at a large campus in Hilversum, about 25km south east of Amsterdam. The complex includes sports facilities (football pitches, tennis and basketball courts, running track and gym) and an employee store selling Nike goods at a large discount. It has a very dynamic and international atmosphere with over 2,000 employees made up from over 70 nationalities. Nike also offers 6 and 12 month internships which normally start in February and August each year.

Cisco Systems – The networking equipment company has its EMEAR (Europe, Middle East, Africa and Russia) headquarters in south-east Amsterdam with over 1,000 staff. Cisco does regularly employ contractors and temporary workers and roles are generally IT, commerce or finance.

IKEA – The Swedish furniture company is actually registered in the Netherlands with its headquarters based in Delft. There is also a service centre in Amsterdam and a call centre in Groningen. With 12 stores in the country it employs around 6,000 staff and offers a friendly working environment.

Adidas – The German sportswear company has a headquarters office in south-east Amsterdam (Atlas building), close to Amsterdam Bijlmer-ArenA station. With an open international climate made up of nearly 50 nationalities, jobs on offer are mainly in digital, IT, HR, finance and supply chain.

Booking.com BV – The online travel reservations company has its global headquarters in Amsterdam. It has a large office in the Piet Hein buildings complex on the IJ waterfront near central station and has over 10 other office locations around the city. It employs a diverse workforce of 4,000 in Amsterdam. 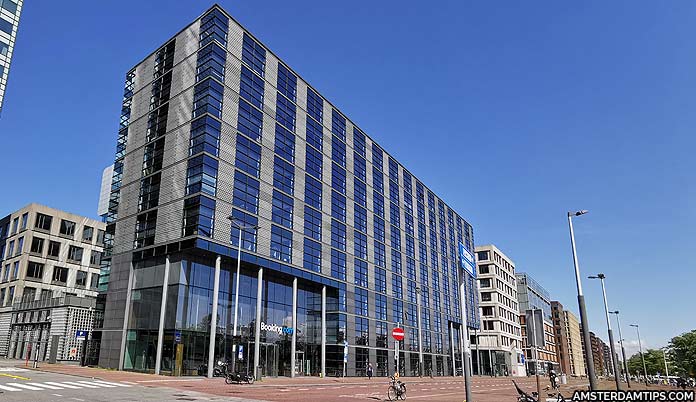 Tesla Motors – The American electric car company headed by Elon Musk has a significant presence in the Netherlands. It has its European operational headquarters office in south-east Amsterdam and a final assembly unit and European distribution centre located in Tilburg (in the south of the country).

Panasonic Europe – The Japanese consumer electronics company transferred its European headquarters from London to Amsterdam in late 2018. The office is located at the World Trade Center in Amsterdam Zuid.

Under Armour – The US sportswear and casual apparel company moved its EMEA headquarters to Amsterdam in 2019. The office is near Amsterdam’s Olympic Stadium and has capacity for 200 staff.

Netflix – The growing US media-services provider has its EMEA headquarters in Amsterdam. It offers positions in a ‘dynamic, fast-paced environment’. It has up to 800 staff from dozens of nationalities spread over offices at Stadhouderskade (near the Heineken Brewery) and the main office on Karperstraat (near the Olympic Stadium).

Roku – TV streaming firm Roku is opening a European office in early 2022 on Weteringschans in Amsterdam with up to 150 staff.

Miro – The whiteboard and visual platform company is expanding its presence in Amsterdam in early 2022 by opening a large office on Stadhouderskade in Amsterdam. Head count will grow to 1,000 in product, engineering, marketing, sales and customer success.

Some Dutch multinational companies are known to recruit internationals, although you will need to speak Dutch for domestic roles.

The technology sector is always crying out for good qualified candidates. Electronics giant Philips has a major presence in Eindhoven and is headquartered in Amsterdam.

The city of Eindhoven has branded itself as the Brainport Region, attracting many technology companies to the area. Nearby in Veldhoven is the Dutch semiconductor company ASML, the world’s largest supplier of photolithography systems; in Helmond (east of Eindhoven) there is the Automotive Campus which offers research and product development for auto industry companies.

Other Dutch tech companies of note are ASM international, a semiconductor company based in Almere; TOMTOM, the company which makes auto navigation systems and has its global HQ in Amsterdam; Vanderlande Industries is a Dutch firm based in Veghel (near Den Bosch) which specialises in baggage handling systems at airports.

The finance sector in the Netherlands is very well established with big banks ABN AMRO, ING Group and Rabobank and insurance groups such as Aegon and Delta Lloyd. The sector is well represented in Amsterdam (clustered around Zuidas and Bijlmer), The Hague and Rotterdam.

‘Big 4’ accounting and auditing firm KPMG has its global headquarters in Amstelveen.

Amsterdam also hosts many established ‘unicorn’ start-up companies in the fin-tech sector, such as payment firms Adyen and Mollie and app-based bank bunq. 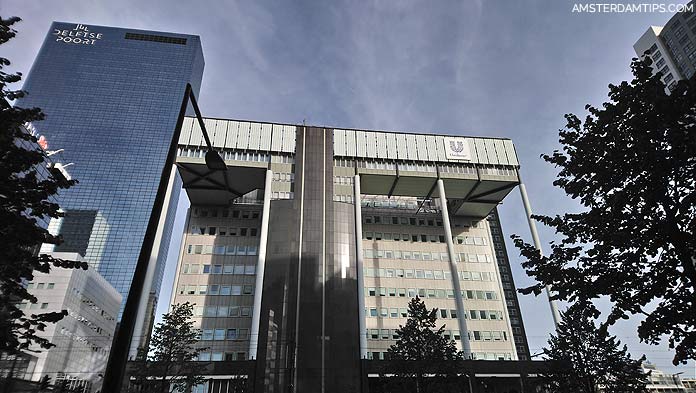 Other well known Dutch multinationals with an international work environment are:

The southern region of Limburg hosts the Chemelot Campus located in the Sittard-Geleen area. It provides a hub for companies involved in chemical and materials research. The most well known is probably DSM, a materials and life sciences company with head office in Heerlen.

German chemical multinational giant BASF employs around 1,000 staff across 8 locations in the Netherlands including a head office in Arnhem.

In the life science field, the European Medicines Agency was relocated to Amsterdam Zuid from London in 2019.

The city of Utrecht hosts the large Utrecht Science Park in the life sciences and biomedical fields and is home to over 100 companies. Cutting-edge research includes diagnostics, therapeutics, oncology and stem cells. 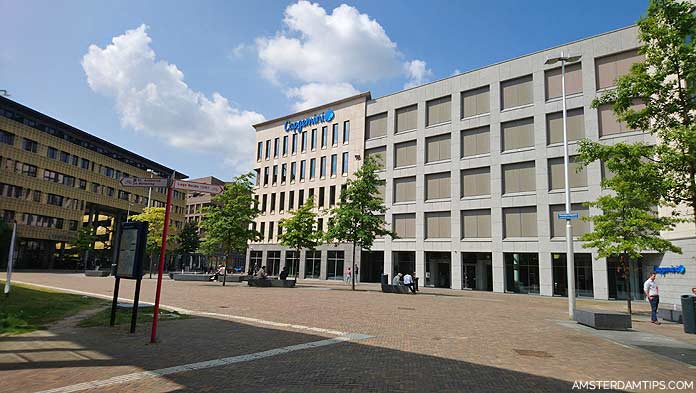 Utrecht is also a hotspot for ICT (information and communications technology) and the gaming industry. ICT companies present include Capgemini, Fujitsu and Oracle; in terms of gaming the city has the Benelux HQs of both Nintendo and Ubisoft plus many game development start-ups and research facilities.

The Rotterdam Food Hub is a 60 hectare site near the port of Rotterdam which serves the agrofood sector in handling perishable goods. Innocent Drinks (a Coca-Cola subsidiary) opened a ‘carbon-neutral’ factory there in late 2021.

To sum up, expats coming to the Netherlands with the right experience and a marketable skill set should be able to prosper. With over 450 multinational companies alone present in Amsterdam, there are many diverse opportunities to forge a new career path.