Franca, Potts Point's luxe French-Mediterranean brasserie, has a new next-door neighbour. It's called Parlar (pronounced like "parlour"), and it's focusing on Catalan cuisine with a dash of Mediterranean coastal cool.

"This space came up right next to Franca, and I'd always wanted to do something in the Catalan realm," Andrew Becher, owner of Franca and Parlar, told Gourmet Traveller in February. "That southern border where Catalonia meets the south of France is a very interesting part of Europe.

"The cuisine will focus on Catalonia, the Mediterranean coastline and that southern French border." 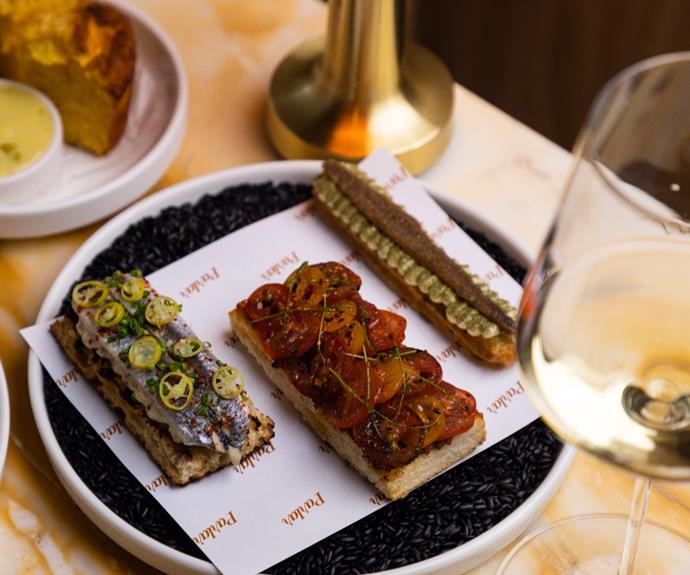 The further inland you go, the more rich and meat-heavy Catalan cuisine gets. But the focus at Parlar is on coastal Catalonia for the time being. That plays out on head chef José Saulog's share-style menu with small snacks such as anchovy churros or cured meats; as well as more substantial dishes, including kingfish with sturgeon caviar and smoked tomato, and fideuà marinera – which is similar to paella, with pasta instead of rice. Crema Catalana – a classic Spanish take on crème brulée – is a dessert that many will doubtlessly make a beeline for.

The cocktail line-up involves ten signatures, each of which take their cues from the Mediterranean. Wines on the drinks menu will also hew towards the Med: Spanish, Italian and southern French drops will make up the bulk of the list, with some suitable Australian varietals in the mix as well. There are plenty of wines by-the-glass, with several Coravin pours available, too. 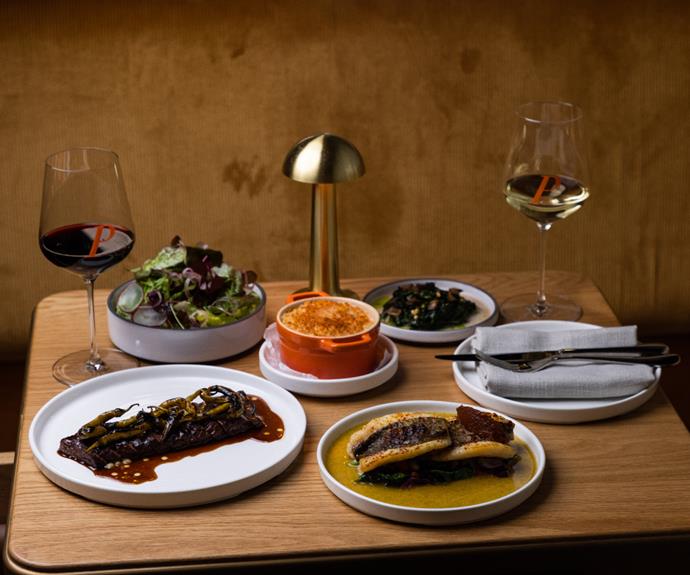 Parlar's opening is another sign that Catalan cuisine is picking up steam in Sydney right now. Late last year, La Salut, a Barcelona-inspired wine bar in Redfern, opened to fanfare. Now, we have an option at the higher end of things, too.

3/81 Macleay Street, Potts Point, NSWOpen for dinner Tue-Thur from 5pm to 12pm; Open for lunch and dinner Fri-Sat from 12pm–late