I cannot recall the last time I paid for a meal at the airport. If I'm flying, my travel buddies and I are almost certainly eating for (practically) free.

Free food is doubly important at the airport, where restaurant menu prices are insulting. With an appetizer and a mixed drink, you could be staring at a $70 check after tip. Priority Pass airport lounge membership solves the overpriced food crisis in two ways:

This second point is the one I want to remind you about. It's quite an unsung hero among travel credit card benefits. I'll share some tricks you may not have considered to potentially save over $100 at every participating restaurant!

For more TPG news delivered each morning to your inbox, sign up for our daily newsletter. 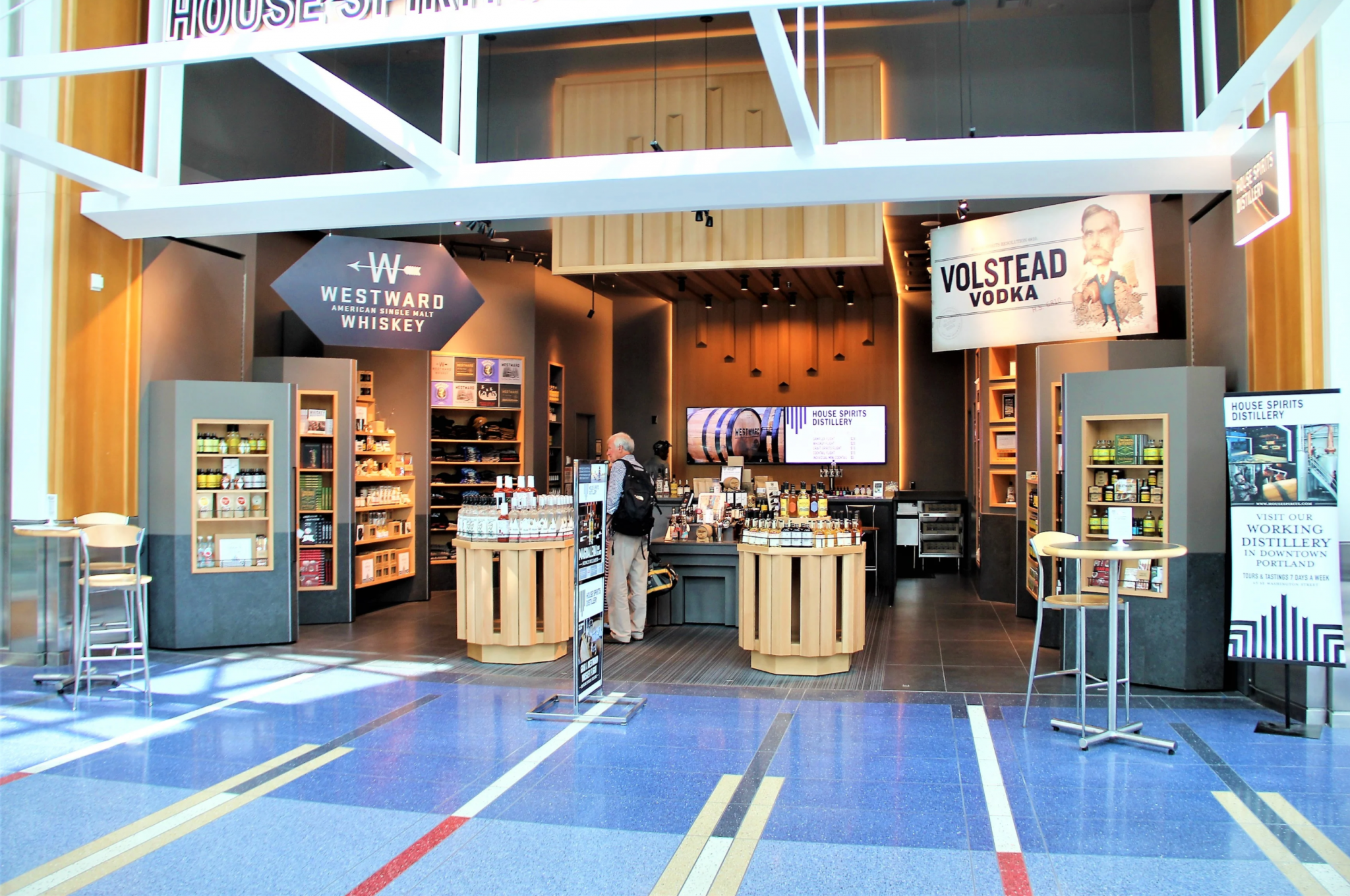 There are loads of fun locations at which you can use your Priority Pass discount, like Westward Whiskey in Portland International Airport (PDX). (Photo courtesy of LoungeBuddy)

Easily save hundreds per year with the Priority Pass restaurant benefit

Would you keep a credit card that offered a benefit of free food at airport restaurants? I would.

Of course, I'm just rephrasing the fact that Priority Pass gives you up to $56 in food at over 50 airport restaurants worldwide (over half of them within the U.S.). Here's how it works: The Priority Pass cardholder gets $28 off their meal. They can also bring along a guest and receive $28 more deducted from the bill. You can read the list of participating restaurants here (though note that this list changes intermittently as some close temporarily/permanently in the wake of COVID-19). 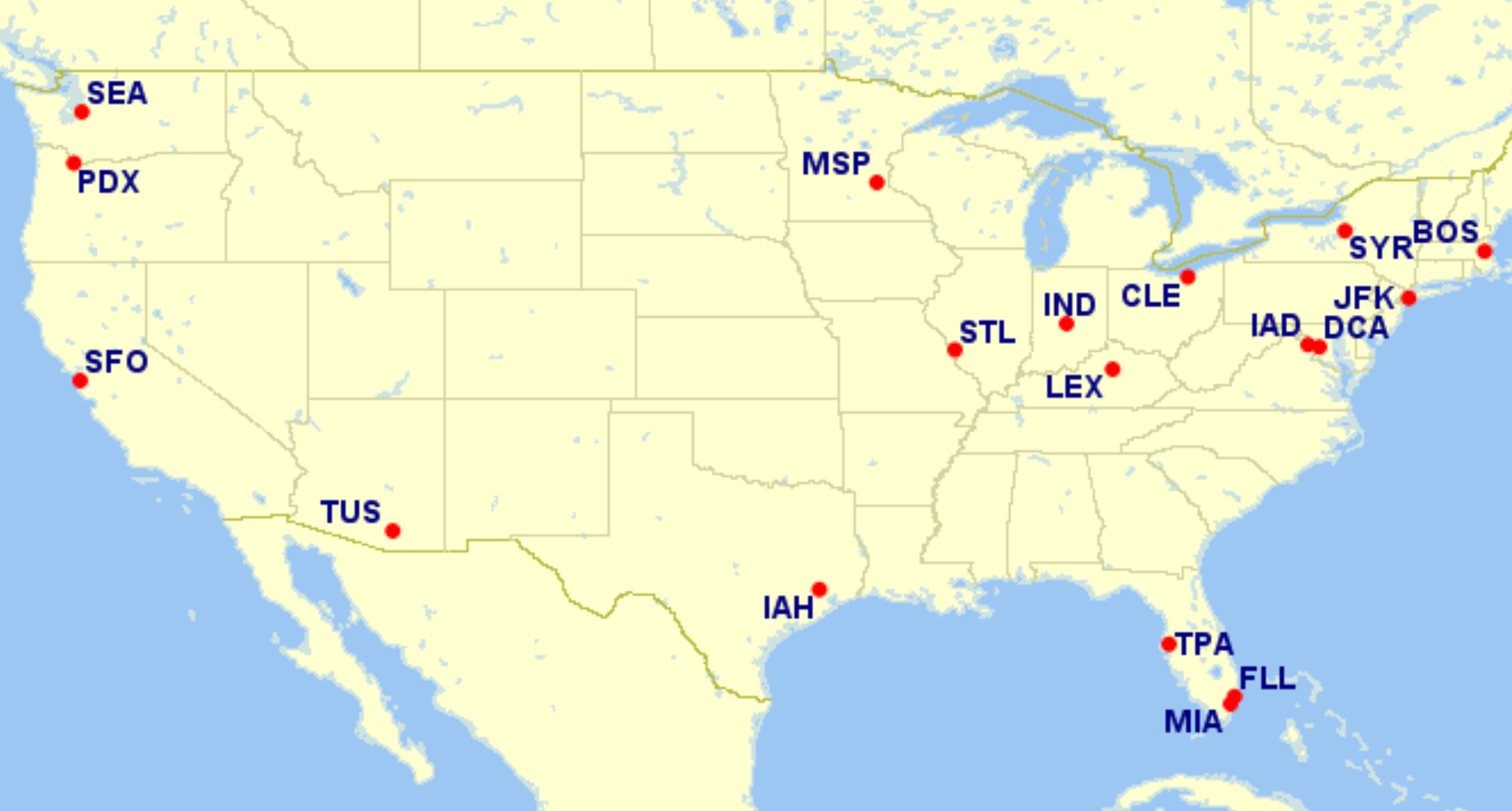 Here are the airports that have qualifying restaurants. As you can see, numerous hubs for American, Delta and United are included. No matter which airline you fly, you're extremely likely to route through one of these cities. (Image courtesy of Great Circle Mapper)

If you're exhausted and just want a quick meal, you may not get as much value from this perk. But if you're like me and you get a thrill out of free stuff, you're probably willing to make the trek to a different terminal for a complimentary dinner. I've gone from Terminal 4 at New York-JFK to Terminal 8 just for a free salmon filet at Bobby Van's Steakhouse. And it was worth it.

I'll cross the airport to get to a participating restaurant even if I'm not hungry. I just like getting free stuff.

My wife and I were recently in San Francisco (SFO) and stopped to eat at the San Francisco Giants Clubhouse in Concourse F. For $58.95, we ordered exactly what we wanted. Our check came to $2.95. 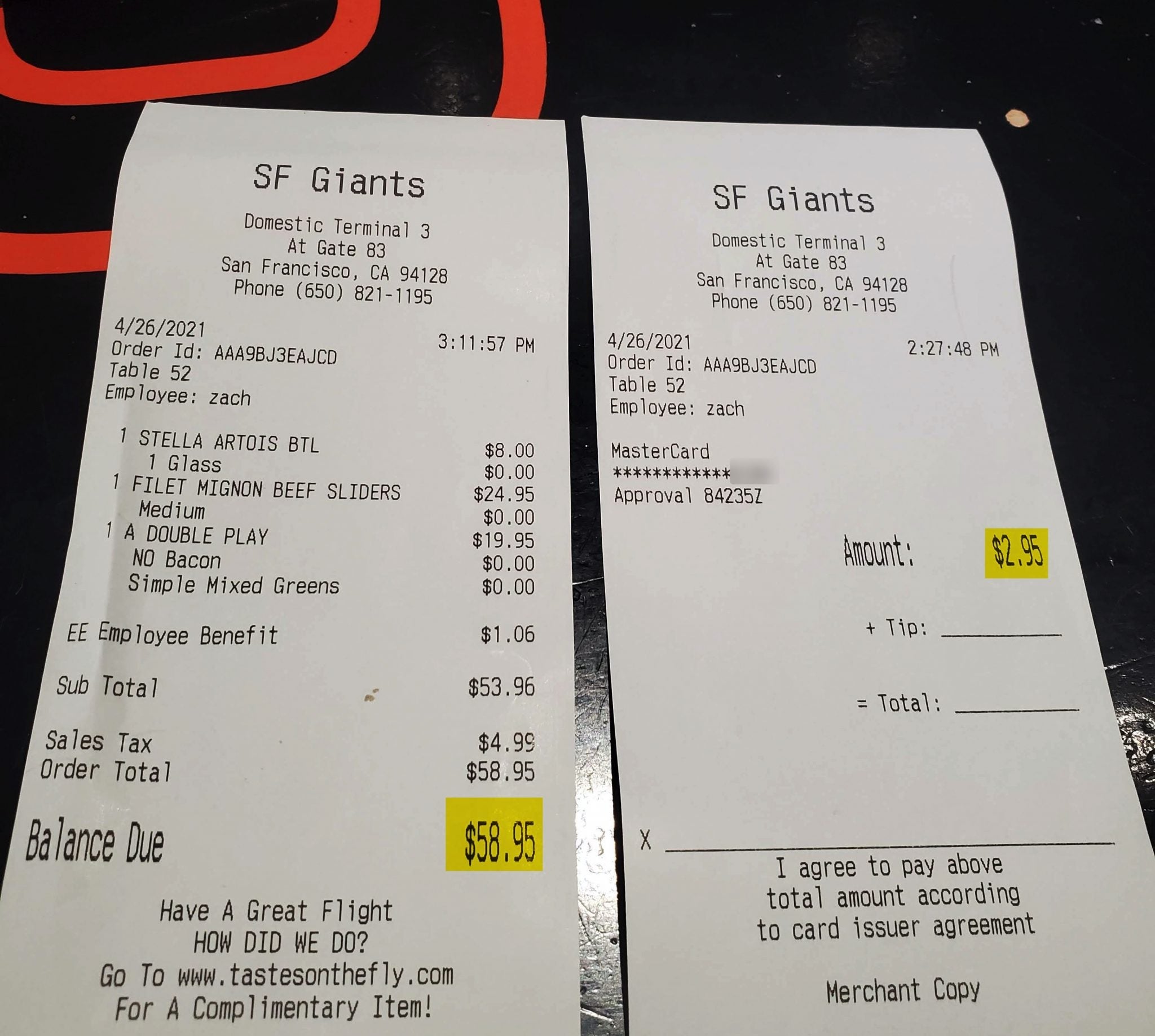 Related: Skip the lounge and get free food at 31 restaurants that are part of Priority Pass

There are four things to know if you want to get the biggest bang from this benefit.

The information for the U.S. Bank Altitude Reserve has been collected independently by The Points Guy. The card details on this page have not been reviewed or provided by the card issuer.

2. Tip on the original bill, not the final tally

This is the least "free" part of the Priority Pass restaurant credit. You can't use it to tip. So for the $56 you get in free food, you may pay around $10 anyway. Not too shabby considering you're eating a real meal at the airport…so tip your waiters and waitresses, folks!

3. You can visit multiple restaurants in the same airport

Many larger airports house multiple restaurants that participate in the Priority Pass program (again, look at our list here). You can hop from one to the other, gathering multiple free meals in a single trip. When this is the case, you can effectively split your meal in half and get all the expensive stuff. For example:

You and a guest could easily save $112 in food by visiting a couple of restaurants.

4. Travelers in two-player mode can get double the value

If you and your travel buddy both have a Priority Pass account, you could get double the value at each restaurant if you've got the audacity. I've never done this personally, but the Priority Pass system would have no way of catching you out.

Each of you has guest privileges. You could use your membership and guest privilege to get $56 off the meal. Then your travel buddy could start another bill and save another $56 when claiming you as their guest. This shouldn't entail more than a quick explanation to the server (they could likely just split tender on the bill), but you may have to pay for the first check before starting the next.

That means you could potentially double your restaurant savings by adding your travel partner as an authorized user.

Related: How valuable is a Priority Pass lounge membership?

The information for the Citi Prestige has been collected independently by The Points Guy. The card details on this page have not been reviewed or provided by the card issuer.

If you've got a Priority Pass membership from a non-Amex card (such as the Chase Sapphire Reserve), you can get up to $28 per person in food for you and a guest at over 50 airport restaurants. And you can double that figure if your travel buddy has Priority Pass, too (which you can give them for free)!

Plus, if you're at an airport with multiple restaurants, you can hop from one to another, saving potentially hundreds of dollars during a single connection — if you've got the time.

Related: The 10 best Priority Pass lounges in the U.S.