Marketing is everything. And when Salt Bae – real name: Nusret Gökçe – achieved international stardom as a celebrity chef/internet personality back in 2017, his Nusr-Et restaurant franchise was suddenly handed a golden ticket to justify charging exorbitant prices for golden tomahawk steaks (almost entirely on the basis of meme novelty alone).

Earlier this year, an itemised receipt from his Nusr-Et restaurant in Miami was circulating on Twitter, earning Salt Bae some more viral fame, albeit for a far less charming reason. For six guests, the total came to an eyebrow-raising US$$6,228.05 (AU$8,412). That’s roughly US$1,038 (AU$1,402) a person.

Here’s what the damage looked like after dessert was served (USD):

RELATED: Salt Bae’s Restaurant Chain Is Legitimately On Track For A $2 Billion Valuation

This real? Because i dont wanna have this convo anymore Lol pic.twitter.com/oWgcekFBbF 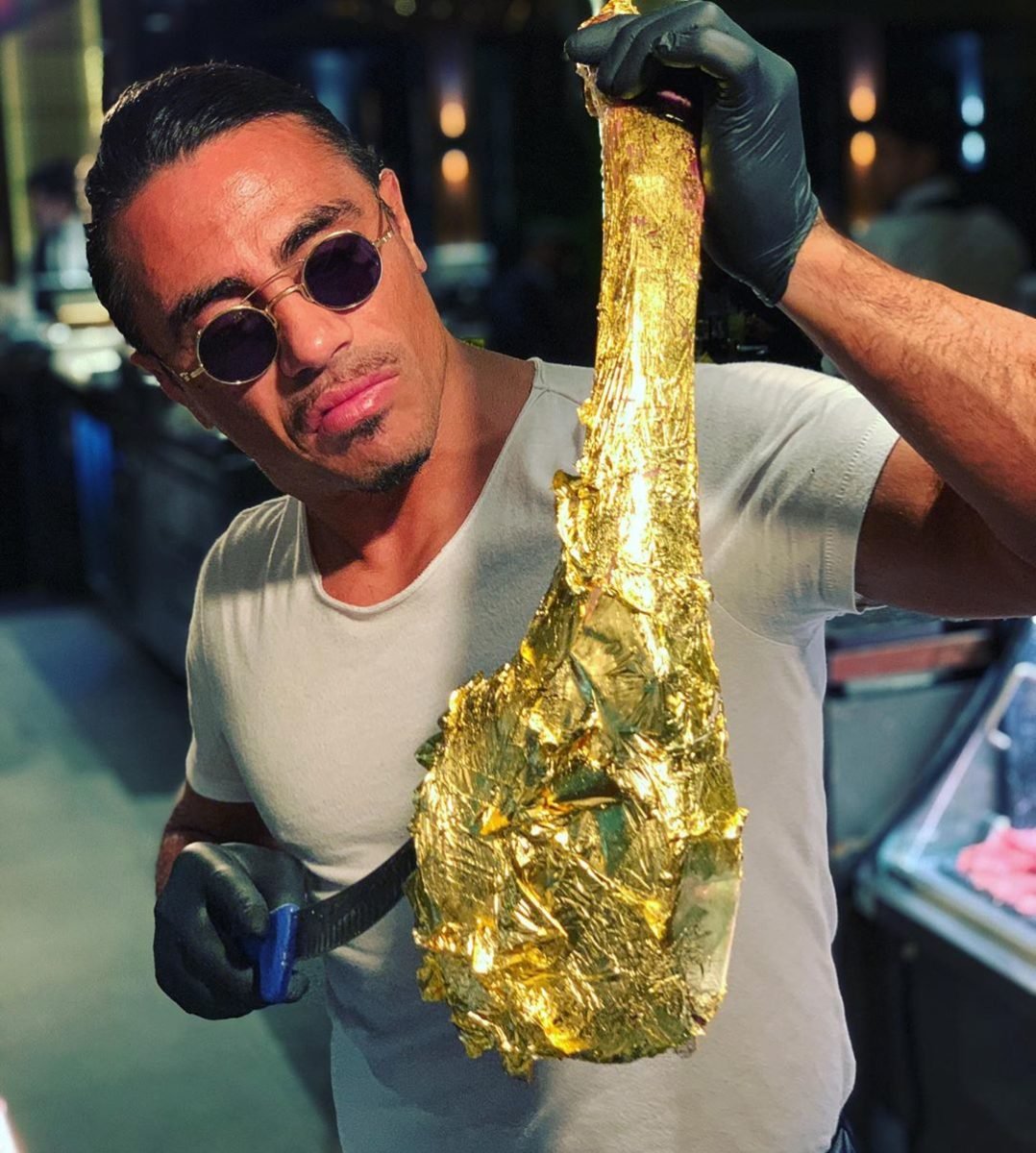 Naturally, the internet had a few opinions to share about these controversial Nusr-Et restaurant prices, dictated by Salt Bae himself.

“A $900 service charge!? And you think I’m not [going to] have my man feed me [because] of socials? Salt Bae better just slide that meat down my throat.”

“All that overcharging, then hitting [them] with the mandatory $890 tip. Oof.”

“What if ‘#SaltBae Passion’ is when you let him put the meat in your mouth.”

As some were quick to point out, despite how ridiculous the pricing is, whoever shared their Saturday evening bill can obviously afford it; and let’s be honest… if you’re ordering Johnnie Walker Blue with golden steaks in addition to perfectly regular steaks, you high-key deserve to be rinsed.

RELATED: How Much Money Has Conor McGregor Made From Proper 12 Whiskey?

Months after this article was initially published, Salt Bae has found renewed infamy thanks to his London restaurant prices. While the total was a little less ridiculous this time around, the latest itemised bill from the Turkish restauranteur’s newly-opened UK location has raised eyebrows nonetheless. And similar to the previous reveal, some of the orders left many wondering what the patrons were thinking, ordering four Red Bulls at dinner and a Virgin Mojito. As one does…

Here’s what the damage looked like after dessert was served (£):

Salt Bae’s restaurant in London. 🤯 The price of a steak has killed me 💀 pic.twitter.com/vVZ96OHmTc

Nusret Gökçe himself has come a long way from being a 6th-grade dropout turned butcher’s apprentice due to financial hardship. Opening the doors to his first restaurant in Istanbul, Turkey in 2010 before establishing a second venue in Dubai circa 2014, in present-day, Salt Bae is the proud owner of 19 Nusr-Et locations around the world – with an estimated net worth of US$50 million (AU$65 million).