Ken Friedman, the restaurateur behind a string of smash-hit restaurants that closed in the wake of widely reported #MeToo allegations, was a quietly influential participant in the creation and early days of Horses, one of the hottest restaurants to hit Los Angeles in years.

Friedman helped to secure the initial lease for the property, walking chef-owner Liz Johnson through the building in September 2020, just months after he publicly settled harassment claims with 11 women for nearly a quarter of a million dollars. He also remained in communication with Johnson, partner Will Aghajanian, and investor Stephen Light through at least the restaurant’s opening in September 2021, pursuing what he believes to be an agreed-upon 20 percent stake in the profits from the restaurant.

Johnson, Light, and Aghajanian acknowledge Friedman’s early presence at what would eventually become Horses, but are adamant that he has no current attachment to the business, the building, or the day-to-day operations. “Ken Friedman is in no way involved with Horses as an owner, partner, or previous investor,” a rep for Horses said in a statement.

Friedman maintains that he is a profit-sharing owner of what is one of Hollywood’s most darling new restaurants. “I own 20 percent of Horses,” he says. “It just doesn’t make any sense for me to say anymore that I’m not [an owner] … People know, the word’s out. Why should I hide it?”

Friedman is not listed on the lease, the restaurant’s opening operating agreement, or the operating agreement for the LLC that now oversees the restaurant. Still, he claims that Light assured him he would hold a silent profit-sharing piece of the restaurant as payment for his involvement in bringing Horses to life, which included the facilitation of the lease and early design work. The Horses team acknowledges that some conversations surrounding ownership did take place, but say that they were only “discussions, nothing more, nothing concrete.”

In later texts, dated to October 2021, shortly after Horses had opened, Friedman appears concerned about the state of their apparent off-the-books agreement. “I am a partner,” he writes. “You are excluding me from this project. Are you taking the position that I am no longer a partner?”

“No, that is not my position,” Light responds. “You are a silent partner helping the owner as an ‘expert’ until this gets off the ground and finds its footing. Then [you] can be more active/out there as your previous baggage falls off … it remains as agreed, you just need to stick to the process.”

“So how do I get paid for helping you open Horses?” Friedman replies.

“You’re sharing in the profits,” Light responds. “That’s when you get paid, after my investment is paid down.”

When presented with the text messages, a representative for Light stated: “To reiterate, Ken was never and has never had any official involvement with Horses. He is not on a single signed document, has never benefited financially from the restaurant, and will never benefit financially from Horses at any point. Ken was involved in very early conversations of Horses, but his behavior became extremely inappropriate and we cut all ties.”

“Ken Friedman has never or will ever receive compensation, or benefits of any kind, from the businesses that we are a part of,” Johnson reiterated. “He is not a partner, a silent partner, an investor, a consultant, nor someone I would consider a friend. He is, however, someone that lived up to his reputation and for that, Will, Stephen, and myself removed him from our lives.”

Light and Johnson declined to elaborate on Friedman’s alleged behavior.

Friedman denies that anything inappropriate has taken place between himself and Light, Aghajanian, or Johnson, and maintains that until Light’s statement to Eater, he believed he had an exclusively positive relationship with Light and Johnson. He also insists that his off-the-books ownership stake is still very much in play and that he regularly receives profit and loss statements (common for investors in restaurants) from Horses, but declined to show them to Eater.

“People know, the word’s out. Why should I hide it?”

Starting with the New York City celebrity hotspot the Spotted Pig in 2004, Friedman built a massively influential bicoastal restaurant empire with the chef April Bloomfield — including the short-lived Hearth & Hound in Hollywood. He was credibly accused in 2017 by a number of women of sexual harassment and ultimately admitted to improper and often highly sexualized workplace behavior at the Spotted Pig — which notoriously had a space employees called the “rape room” because of the frequency with which groping and sexual harassment allegedly occurred there, most infamously by the disgraced chef Mario Batali.

Following the dissolution of his partnership with Bloomfield in 2018, Friedman made an aborted — and controversial — attempt to revive the Spotted Pig’s flagging fortunes with the chef Gabrielle Hamilton; the restaurant ultimately closed weeks after his $240,000 settlement with former Spotted Pig employees was announced in early 2020.

Less than a year later Friedman was in Los Angeles brokering the deal for the Horses space on Sunset, which was formerly the Pikey (and before that, the classic Ye Coach & Horses bar and restaurant, which closed in 2010). In texts shared with Eater, Pikey owner Sean MacPherson — himself a prolific bicoastal hospitality veteran who has been crafting hip bars and restaurants for decades — connected with Friedman in September 2020, hoping that he would take over the lease for the space so that MacPherson could walk away.

Around the same time, the chef Liz Johnson, who previously ran the acclaimed Mimi in New York City before moving to Los Angeles to open Freedman’s in 2018 — netting a Food & Wine best new chef win along the way — was looking for spaces for her next Los Angeles project. On September 14, 2020, Friedman texted MacPherson that he had toured the Pikey space with Johnson. “She LOVES it,” he said. “Her name is Liz Johnson. She’s a star.” He later added: “I’ve no doubt she will make the Pikey — she wants to call it the Horses — a huge success.”

Nine days later, MacPherson connected Friedman to building owner David Mirharooni over email. “I’m totally rooting for you and completely believe in redemption,” MacPherson wrote in a text to Friedman.

“At the height of COVID I decided to not reopen The Pikey,” Macpherson said in a statement to Eater. “I made a deal with the landlord, David Mirharooni, to sell him my liquor license and terminate my lease. I subsequently introduced Ken to David, and no longer had anything to do with the property.” (Mirharooni did not respond to requests for comment.)

By the end of the month, Friedman was in restaurant ownership discussions with Stephen Light, the Tennessee-based investor backing the project, who had first come to know Johnson and her partner Aghajanian during their stint at the Catbird Seat, a high-end tasting-menu restaurant in Nashville. 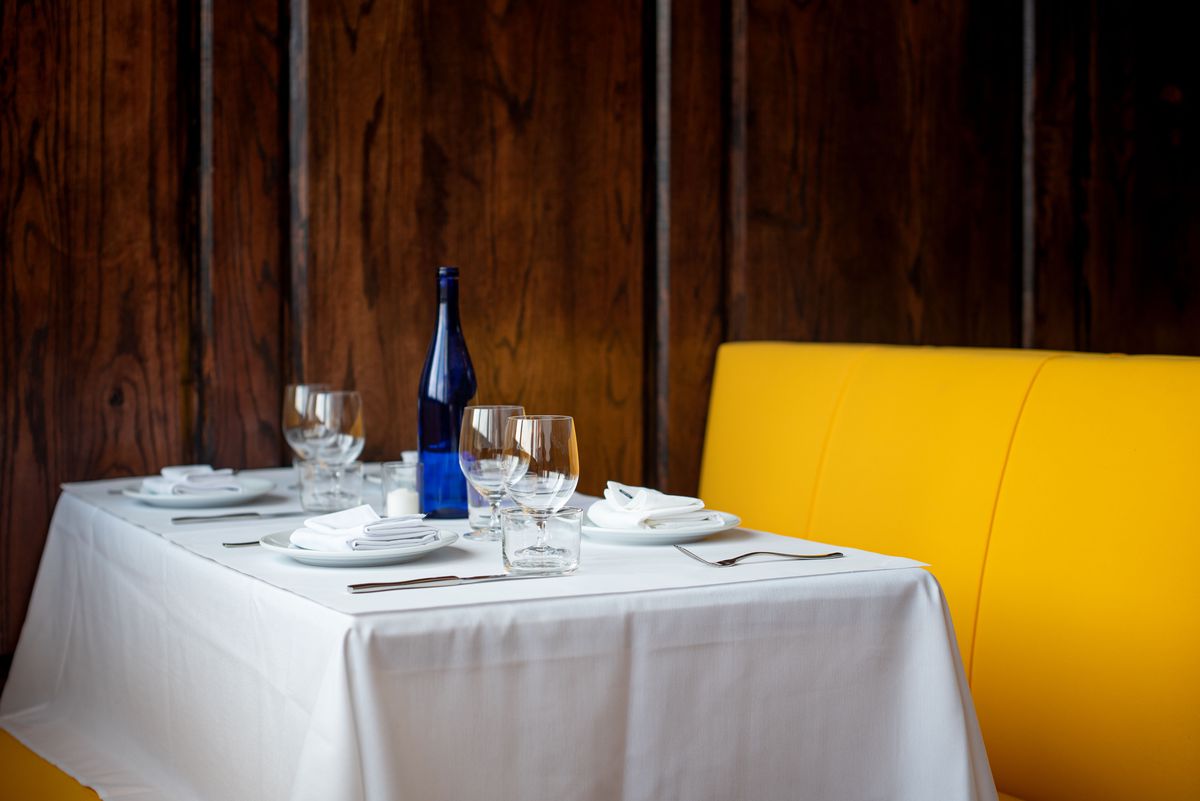 Since opening Horses in the fall of 2021, Johnson and Aghajanian have continually pushed for a happy, egalitarian approach to staffing, sharing a portion of profits with employees while also hiring multiple chefs to run the kitchen collaboratively.

The pair ignited controversy earlier this year by partnering on a forthcoming New York City restaurant with another restaurateur accused of misconduct during the height of the #MeToo movement: Ex-Estela restaurateur Thomas Carter, who stepped away from his restaurants in 2018 after more than 30 employees came forward to allege that he had created a “culture of fear” and subjected them to a barrage of sexualized and otherwise inappropriate comments. Of Carter’s hiring, Johnson told Eater NY that she “turned to him because she needed someone with expertise in running restaurants.”

Meanwhile, Horses remains one of LA’s busiest and most popular restaurants. Despite being less than a year old, it has been lauded nationally, has lived on Eater LA’s own essential restaurants list, and been called “a new modern L.A. institution” by the Los Angeles Times.