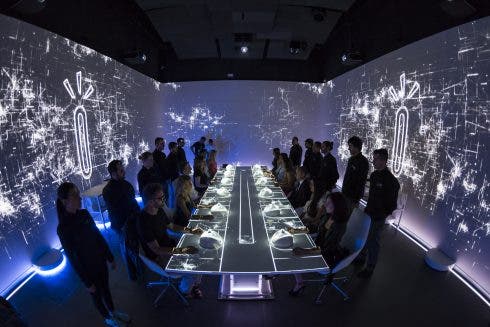 DINERS with exceptionally deep pockets should head to SubliMotion in Ibiza which has been recognised as the most expensive tasting menu in the world.

The restaurant located at the Hard Rock Hotel on Playa d’en Bossa is only open during the summer season from June 1 to September 30 and charges a whopping €1,500 for a 20-course tasting menu accompanied  by wine and champagne.

But as the price-tag suggests, this is no ordinary meal.  ‘If Willy Wonka had a restaurant, this could be it,’ says the Michelin Guide in its description of a totally immersive dining experience that includes a sound and light show for which virtual reality goggles are required.

The entire restaurant seats just 12 diners for a meal that includes a course served up in Faberge eggs and is designed under the watchful eye of molecular gastronomy genius Paco Roncero and a team of chefs who at one point boasted 8 Michelin stars between them.

The restaurant, which opened in 2014, was identified as the world’s most expensive Michelin starred in a recent study by Chefspencil, an international food magazine that reports on industry trends. 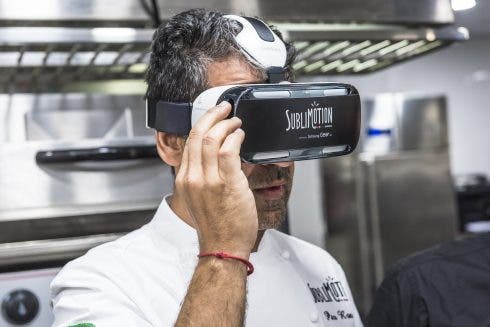 Chef and founder Paco Roncero has 2 Michelin Stars for other restaurants in Spain. Photo: SubliMotion

Although many of the chefs who collaborate in the kitchen there have Michelin stars for other restaurants in Spain, SubliMotion itself hasn’t won any of the coveted awards.

It was the only restaurant in Spain that appeared on the list of the top 15 priciest tasting menus. 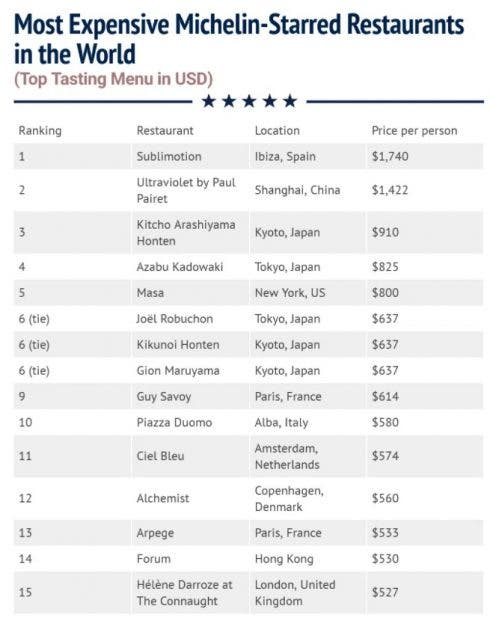 Earlier this month, Spanish chef David Muñoz made headlines after raising the price of the tasting menu at his three-Michelin-starred Madrid restaurant DiverXo to €350 and sold out within 20 minutes.