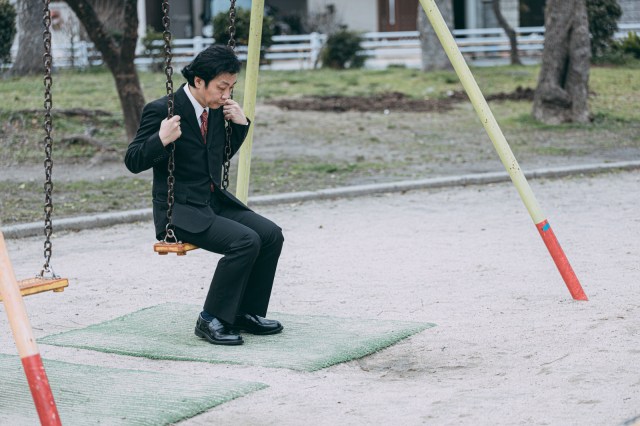 Well, nothing’s not going to just get done by itself.

As the old saying goes, a chain is only as strong as its weakest link, and when joining a new company people generally don’t want to be that weak link. On the other hand, after working at a place for an extended amount of time, some people find that sweet spot of doing just enough not to get fired, much to the chagrin of their harder working colleagues.

To learn more about how widespread this phenomenon was, consulting firm Shikigaku conducted a survey of 300 employees who each worked at companies with over 300 staff members and asked if they had an “old guy who doesn’t work.”

In this case they use the Japanese word “ojisan” which is generally a relative term that implies a certain age gap from the person speaking. Shikigaku polled workers between the ages of 20 and 39 which is a pretty wide breadth that might place the “old guys” in question anywhere from their 40s and up.

▼ For visual reference, here is a dramatization of an “old guy” not working 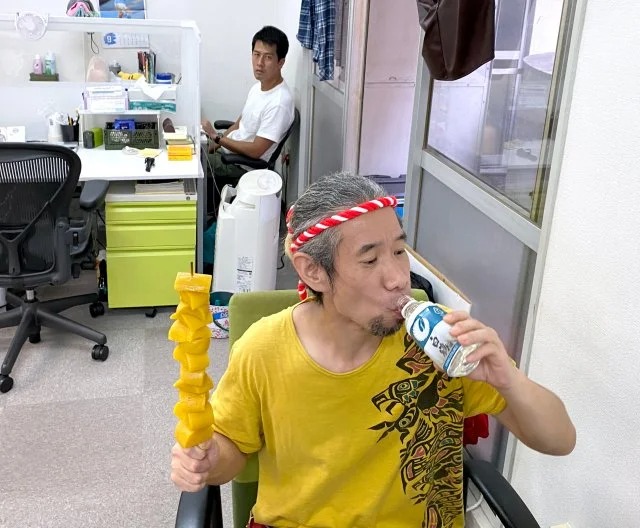 Back to the topic at hand, when asked “Is there an old guy who doesn’t work at your company?” 49.2 percent responded that there was.

Of these positive responses, the next logical question was: If they weren’t working, what were they doing?

Three prominent answers emerged and “taking many breaks for smoking and snacking” was the most common, acknowledged by 49.7 percent of responses. “Staring off into space” came in second with 47.7 percent, followed closely by 47.3 percent who reported “idle chatting” by their do-nothing co-workers. “Browsing the Internet” was a distant fourth with 35.3 percent.

▼ “I wonder which one of these is heavier…” 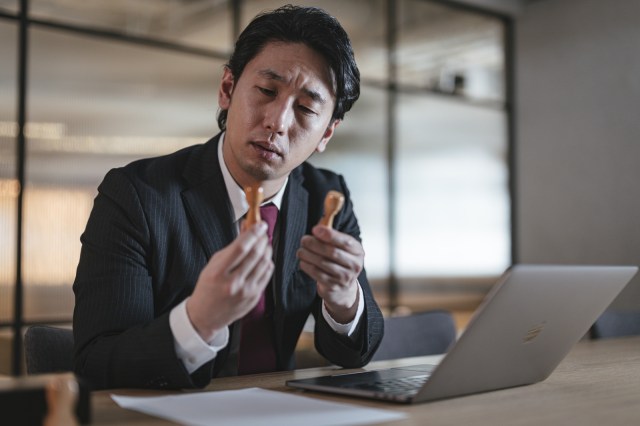 Shikigaku then tried to gain some insight as to why these old guys have chosen a life of laziness by asking respondents what they thought. The most popular theory, from 45 percent or respondents, was that these guys simply had no desire to work. The second most popular guess, from 41 percent, was that their company increases salary based on seniority rather than performance, and this was followed by 26.3 percent who just figured no one trusted these guys enough to give them work.

The other reasons were mostly complaints of companies not having either a strong enough carrot or stick to motivate these guys to try harder. They recommended more employee reviews and clearer policies on what constitutes grounds for dismissal.

▼ Some are calling to reinstate the dark prince Belphegor as supervisor, to seek out the slothful and reap their souls 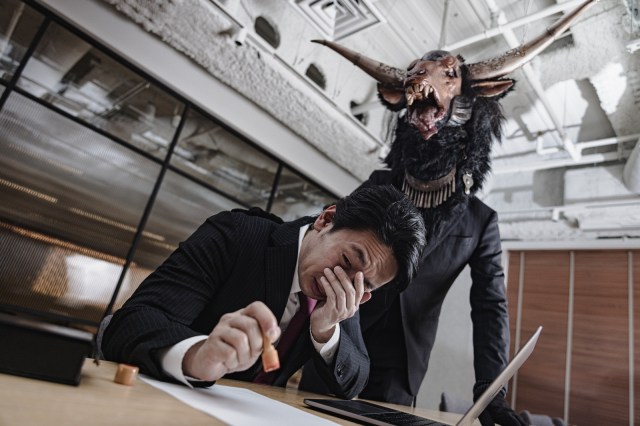 The respondents certainly would like to see something done about these people too, as 90 percent said that they had an adverse effect on the workplace. A decline in morale was reported by 59.7 percent, while 49 percent pointed out the increased workload on others and 35.3 percent claiming it’s a burden on the company in terms of labor costs.

It’s an interesting situation and news to me, because as far as I know there is no “old guy who doesn’t work” at this company. I mean, I must have sat at my desk for an hour just kind of staring off and racking my brains about who here might fit that description. Even when hanging out in the break room and talking with everyone there while chowing down on some Black Thunders I came up with nothing, ditto for the hour or so I spent hanging around outside in the smoking section as well as the afternoon on my smartphone trying to find more info online.

Source: PR Times via All About News
Top image: Pakutaso
● Want to hear about SoraNews24’s latest articles as soon as they’re published? Follow us on Facebook and Twitter!