With a seemingly endless variety of nationally-ranked golf courses in Michigan, there is no shortage of options for golfers heading north from Detroit, Lansing, and Grand Rapids. As I discovered on my #MittenTrip to Mount Pleasant, there are two very good reasons for golfers to take a second look at the “Mountain Town” before booking a golf getaway. 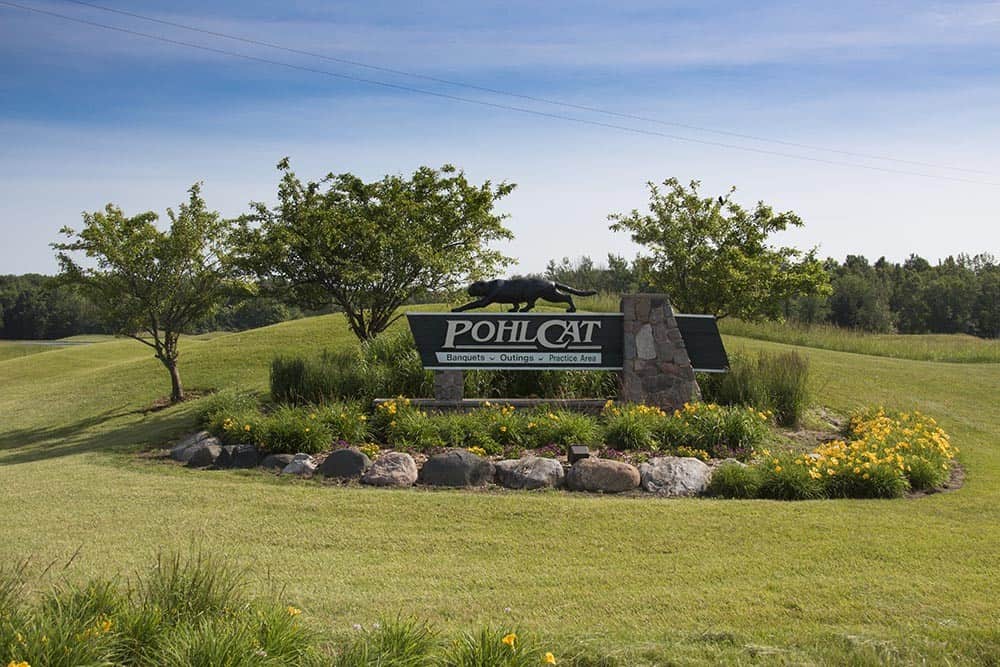 The first of those reasons is the Pohlcat, designed by its namesake, former PGA touring pro, Dan Pohl. The 18-hole championship course is built around a beautiful setting along the Chippewa River, which comes into play on a number of holes.

This was my first time playing the Pohlcat, and every member of the staff I encountered was happy to offer tips and suggestions, which are always appreciated. I was looking forward to seeing how the Chippewa River figured into the layout, and I didn’t have to wait long.

The second hole (par 4) traverses the river, creating a beautiful – and challenging – approach. I stayed high and dry, which made it a bit easier to enjoy the view. 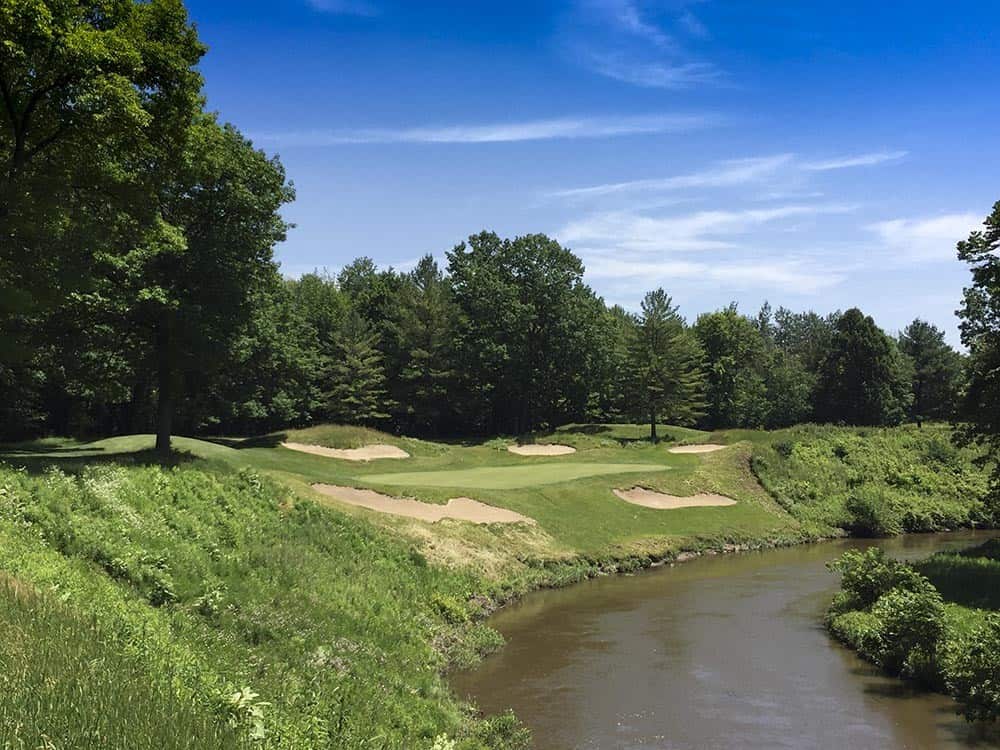 The river comes into play in a big way on the challenging par 3 at hole #17. The tee shot is a short 124 yards, but the margin for error is slim. A 9-iron guided my tee shot just off the fringe, and after a solid chip onto the green, I missed the par putt and ended up with a bogey.

The fun wasn’t over yet, either. The 370-yard, par 4 at hole #18 features an over-water tee shot with a relatively narrow fairway. My driver didn’t let me down, and I placed the ball on the right side of the fairway in good position to approach the slightly elevated finishing green. 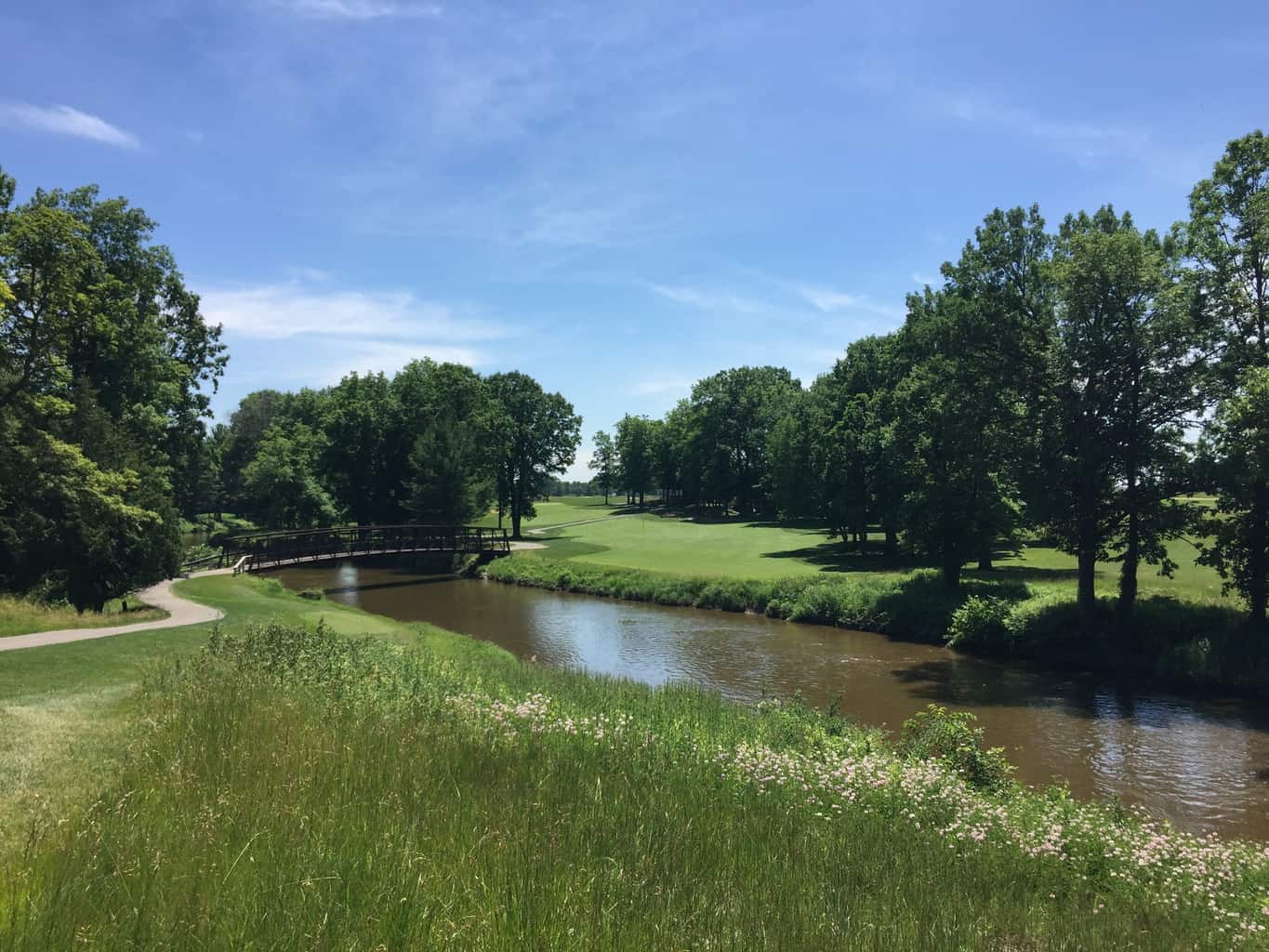 After the round, I had a chance to chat with Emily Lackie, Director of Club Events. Emily mentioned that a good share of their business comes from the Detroit market and other out-of-area locations.

Players heading further north often stop at the Pohlcat during the trip, she said, which is a common theme with people I spoke with about golf in Mt. Pleasant. To me, breaking up the drive to northern golf destinations with a round at the Pohlcat sounded like a great idea.

Lackie also mentioned that they have a great relationship with Soaring Eagle Casino, which is located just a few minutes away. In addition to golf packages for casino guests, VIPs from out of town often play the Pohlcat during their visits. 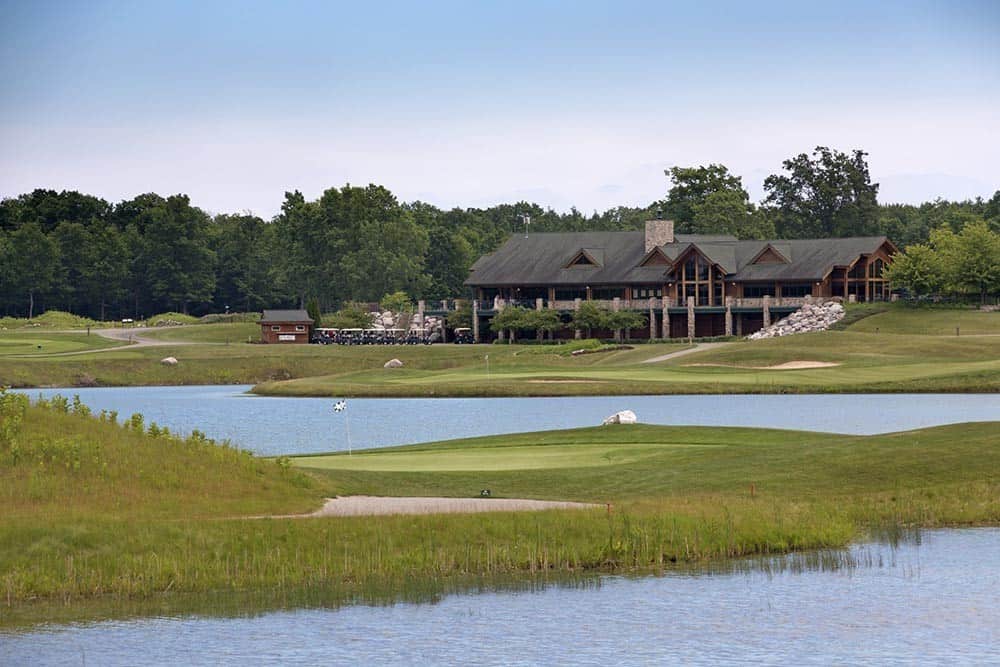 Next up was Buck’s Run Golf Club, located east of Mt. Pleasant, just off M-20. I met up with Jon Conklin, Buck’s Run’s Director of Operations and Head Professional, to learn a bit more about the course before heading out.

The property was operated as a stone quarry for many years prior to its development as a golf course in the late 1990s.

The owners of the property hired noted golf architect Jerry Matthews, whose design credits include the Woods nine of The Jewel on Mackinac Island (also a recent #MittenTrip) and St. Ives Golf Club west of Mt. Pleasant.  The result is a challenging but playable 18-hole layout that incorporates the existing terrain.

“Buck’s Run is very unique because the groundwork for the golf course was already in place,” Conklin said. “A lot of the course was already laid out for Jerry Matthews to work with, so the holes were sculpted and shaped, for the most part, out of the existing features.”

Friends who live in Mt. Pleasant had mentioned that Buck’s Run reminded them of an “Up North” course, which is an opinion that Conklin agrees with.

“We have three different man-made lakes here, and the Chippewa River crosses six holes on the back nine as well. We have a lot of wetlands, many of the holes are lined with trees, and it kind of makes you feel like you’re up north.” 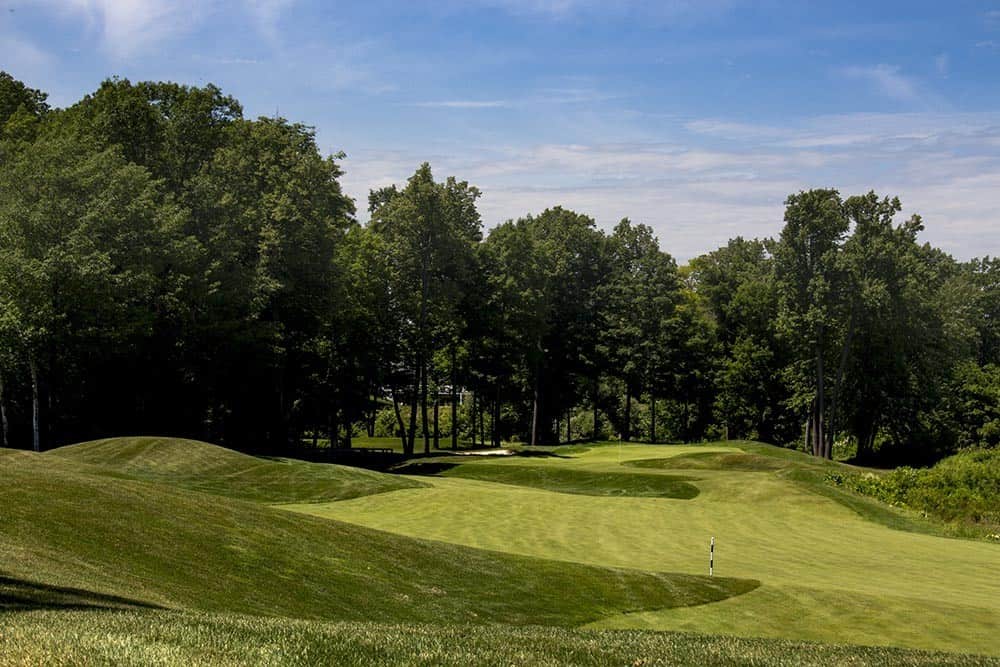 In talking about Mt. Pleasant as a golf destination, Conklin mentioned Tullymore and St. Ives, which are located about 30 miles west of Mt. Pleasant.

“Just down the way we have St. Ives, we have Tullymore. We have our golf course, we have the Pohlcat. Golfers can play four championship courses that are right there close to each other.”

Having played three of the four, with the exception of St. Ives, I have to agree with Conklin that those four courses as a group compare favorably with just about any golf destination in Michigan.

After thanking Conklin for the introduction, it was time to get out on the course. I didn’t have time to play all 18 holes, so I headed out to the back nine on Conklin’s recommendation. At the par 5, 505-yard 12th hole, I discovered that “Up North” feel I’d heard about.

The dogleg right is bordered on one side by a wetland and the Chippewa River, and on the other by a series of Matthews’ signature turf-covered hills. The fairway slopes gently toward the river, leading to a large green surrounded by tall trees. My drive wasn’t pretty, so I ended up with a double on the hole, but with the beautiful setting, I still walked away smiling. 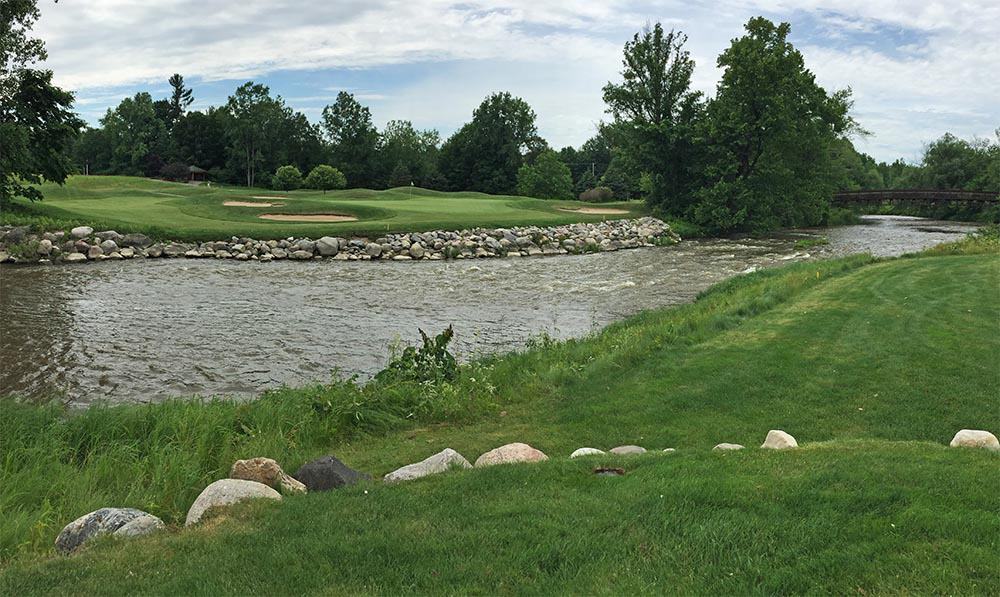 At #17, the Chippewa River comes into play on the short 107-yard par 3. Don’t let the distance fool you. In addition to the river, the hole is guarded by bunkers on all sides. My pitching wedge didn’t let me down, and I hit the green but ended up in the second cut about 10 feet from the pin, getting up and down for par.

Arriving at the 18th tee, I couldn’t help but stand and stare for a moment. The largest of Buck’s Run’s man-made lakes dominates the view, with the 18th fairway running along the far side.  Even from the white tees, this tee shot is not for the faint of heart. 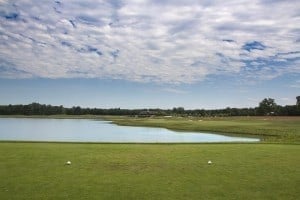 Luckily my driver cooperated and my tee shot ended up just off the fairway. After laying up to avoid the water that protects the front of the green, I stuck a lob wedge about 15 feet and promptly missed the par putt.

It was a great afternoon of golf on two beautiful championship courses. Living in Traverse City, it had been a while since I’d played golf in Mt. Pleasant, but after playing the Pohlcat and Buck’s Run, the next time will be much sooner than later.

If you live in the area or are thinking about visiting the Mt. Pleasant area to golf, check out the other courses nearby as well, including the aforementioned Tullymore and St. Ives.

Article contributed by Nick Nerbonne in 2015.