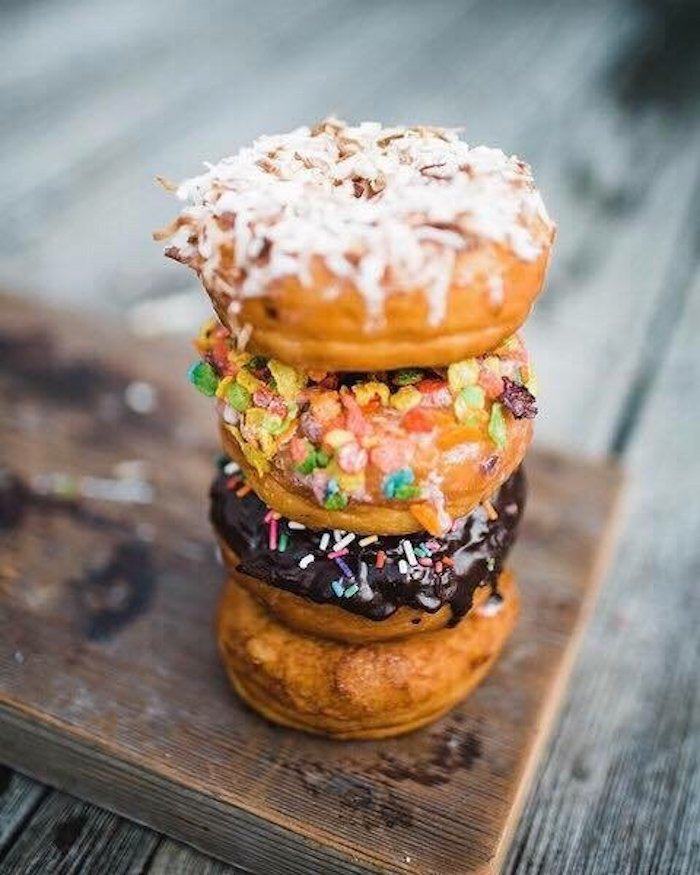 From Lao and Mexican restaurants to swanky seafood spots, the North Shore's postcard-pretty seaport has an excellent dining scene.

Whether you’re visiting the North Shore for a weekend day trip or just looking for new dining-out ideas in the ‘burbs, here are a handful of standouts covering everything from Lao and Mexican cuisines to swanky seafood spots and funky doughnut cafes.

The Angry Donut and Cafe

Why so angry, donut? You’re delicious, after all—scratch-made, squishy-brioche goodness that comes covered in strawberry glaze, strewn with toasted coconut, or studded with Fruity Pebbles. And this summer you opened a second location in the heart of downtown Newburyport, serving scones, cinnamon buns, and (as a Sunday special) sticky buns, too? Buck up, things aren’t so bad.

Sweet, floral saffron is sprinkled throughout the menu at Bar 25, which opened in Newburyport in May. The prized Persian spice is used to marinate the chicken, to enliven lentils mingling with golden raisins and mascarpone cream, and even finds its way into the house sangria, which mixes Merlot with Saffron Lemonade from Boston-based beverage maker Moti. That said, it’s just one selection from the very full spice rack employed at Iran native Reza Rahmani’s second restaurant—the original Bar 25 is in Ayer—which turns out polished Middle Eastern-inspired cuisine and similarly sophisticated cocktails. 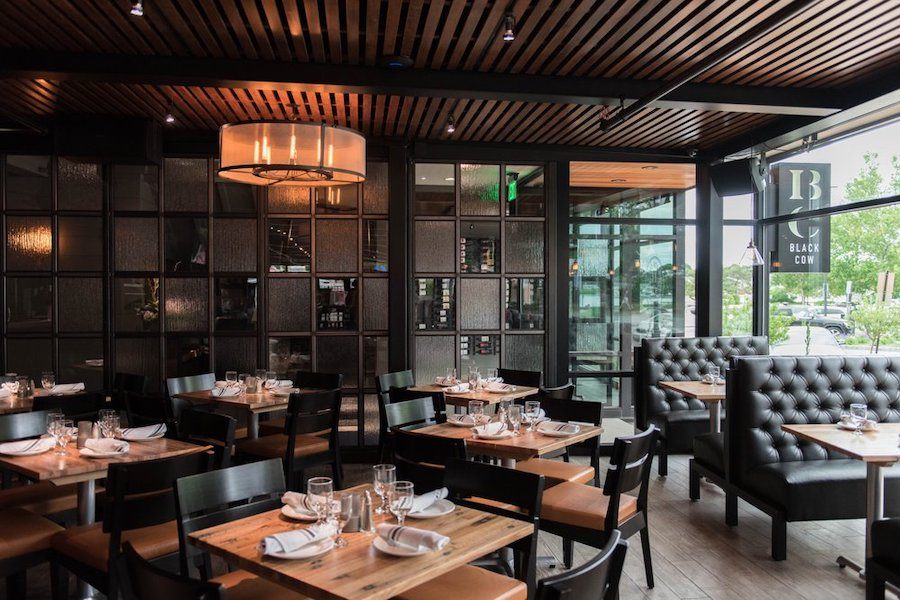 Unsurprisingly, perhaps, the beefy burgers are a big hit at Black Cow, especially one signature patty topped with bacon-onion jam, Cajun onion strings, and Alabama-style white BBQ sauce. But when the Newburyport mainstay moved to a new, larger location by the waterfront a few years ago, it also expanded its seafood offerings: a 28-foot-tall sailboat mast in the center of the room has been repurposed as an oyster bar, and there’s quite a selection of sushi, sashimi, and nigiri to go along with all the elevated expressions of New American gastropub cuisine. 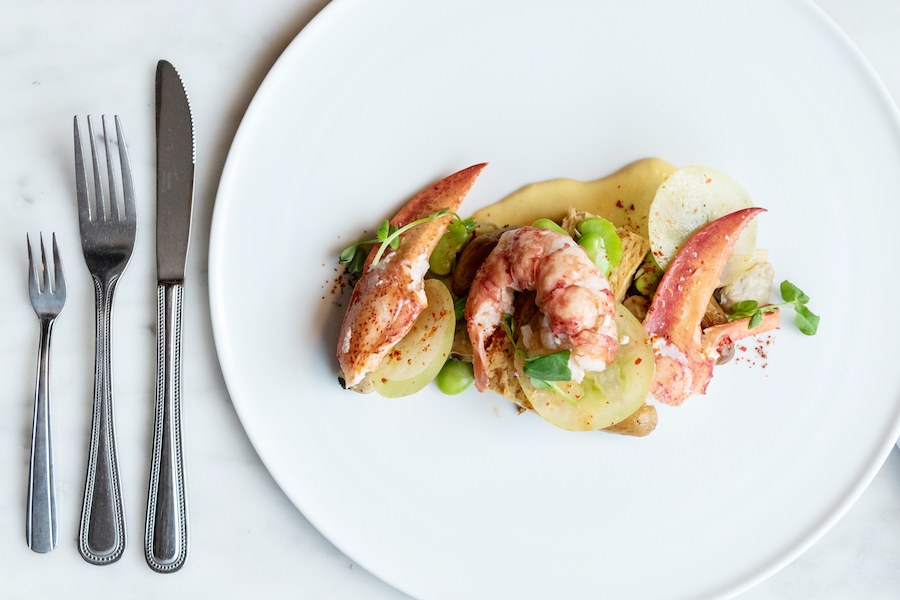 Speaking of seafood, the oysters and crudo that anchor the menu at Brine—recently relocated to downtown Newburyport—make it the perfect place to kick back with a “Power Tower” of raw and poached shellfish, as well as a refreshing cocktail, after a day at Crane Beach. Landlubbers aren’t overlooked, though, and restaurateur Nancy Batista-Caswell (the force behind Oak + Rowan in Boston’s Fort Point) offers plenty of top chops, too. See: the 16-ounce, bone-in ribeye, perfect for pairing with BBQ fries dipped in a lime-horseradish sauce.

Her kitchen may be small, but chef Linda Theth brings big flavor to the Southeast Asian-inspired plates proffered at this exciting addition to downtown Newburyport, which opened last summer. The cool, contemporary spot turns out yummy snacks like Laotian-style beef jerky, bowls of pho, pork or vegan bánh mì sandwiches, and even some twists on tacos—one comes filled with fish sauce-dressed sprouts, mung bean salsa, and toasted coconut—in tribute to a popular taqueria that Lin’s Little Kitchen replaced.

Loretta is a people pleaser. That’s not always a good thing, as a responsible therapist might remind one. It is, though, when you’re talking about a place like this—a place to go as a foursome of friends for a nice-but-not-fussy Tuesday night out, and for filling up on shrimp scampi, lemon scallops, or filet mignon with a port-wine demi and mashed potatoes. You’ll split the chocolate mousse. Wine will flow. It will be fun, what you expected, and exactly what you were looking for. 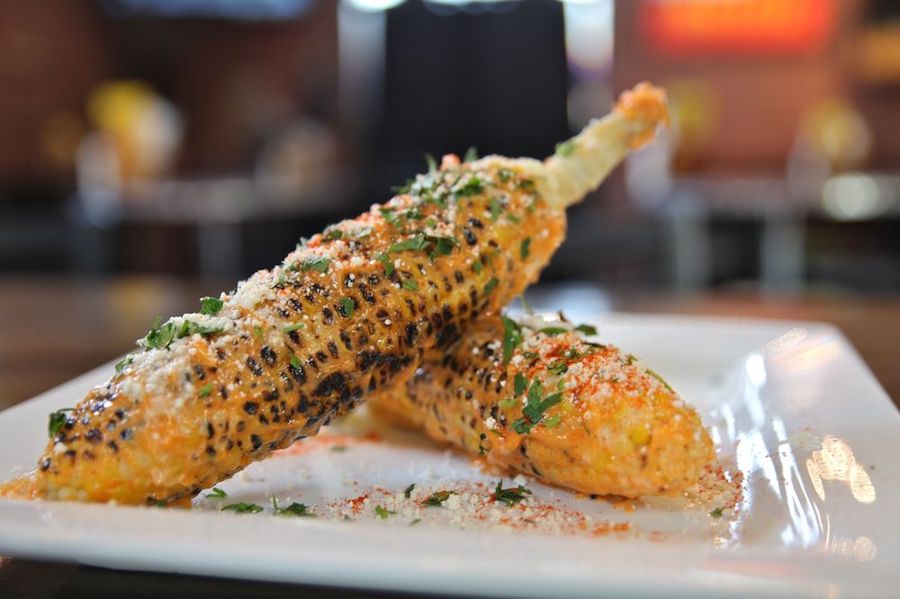 This full-service, mostly-Mexican restaurant, spun off from a popular food truck, is housed at the Newburyport commuter station. That makes it a perfect stop for inbound and outbound riders: The former find delicious burritos, tacos, and ‘ritas waiting as soon as they arrive, and the latter can snag great takeout for a train snack (it certainly beats a crushed bag of chips excavated from the bottom of your bag). This cantina is a deserving destination all on its own, though, and also sets itself apart with a few Asian-inspired accents, such as a bánh mì torta and cobb salad topped with Korean BBQ steak. 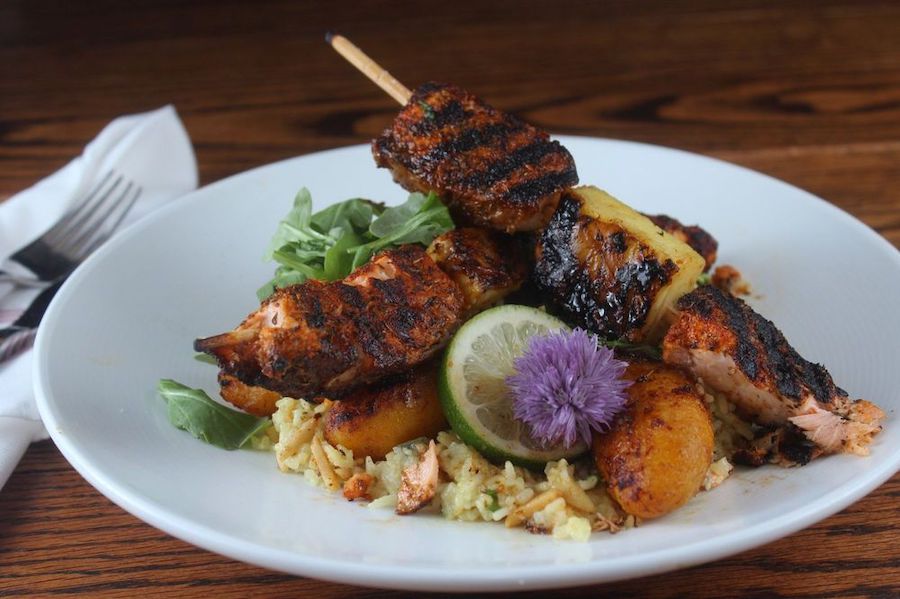 Housed inside an old church, Mission delivers praise-worthy American-steakhouse stuff with a bit of global flair. Starters cover classic shrimp cocktail and sweet chili-glazed Thai ribs; mains range from baked haddock to chicken parm to moqueca, a Brazilian seafood stew; and the grilled chops are served with either tempura broccolini or chimichurri and plantain tips. It’s also a good brunch spot, bearing Bloody Mary chicken wings, crab cakes with mango-habanero salsa, and five-dollar mimosas to wash it all down. 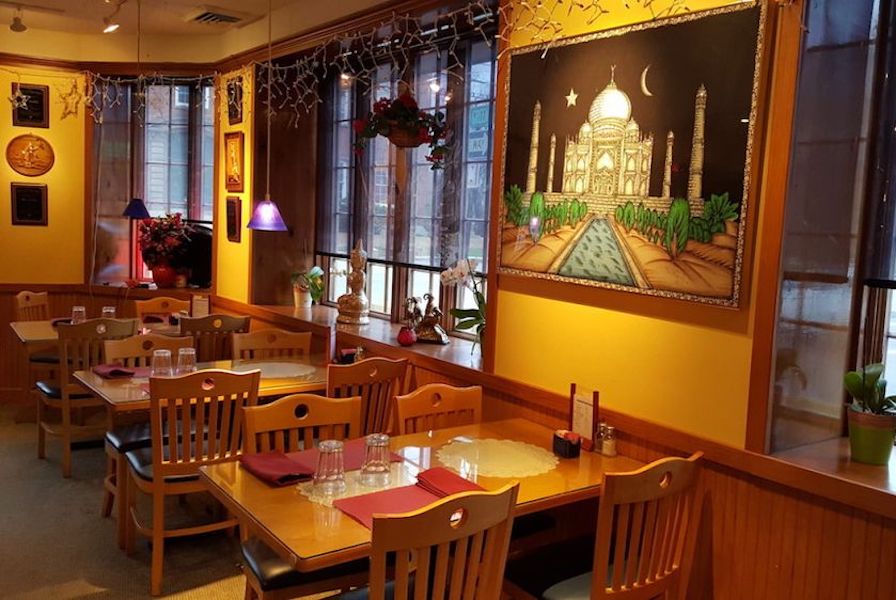 Once you try the chicken tikka masala, lamb vindaloo, chow chow noodles, or rajma tarkari, we think you’ll agree that yes, the curries and Himalayan herbs are spicy here. It’s the super-warm hospitality, though, besides the reliably excellent Indian and Nepalese cuisine, that has made the place a local mainstay for (many) years. 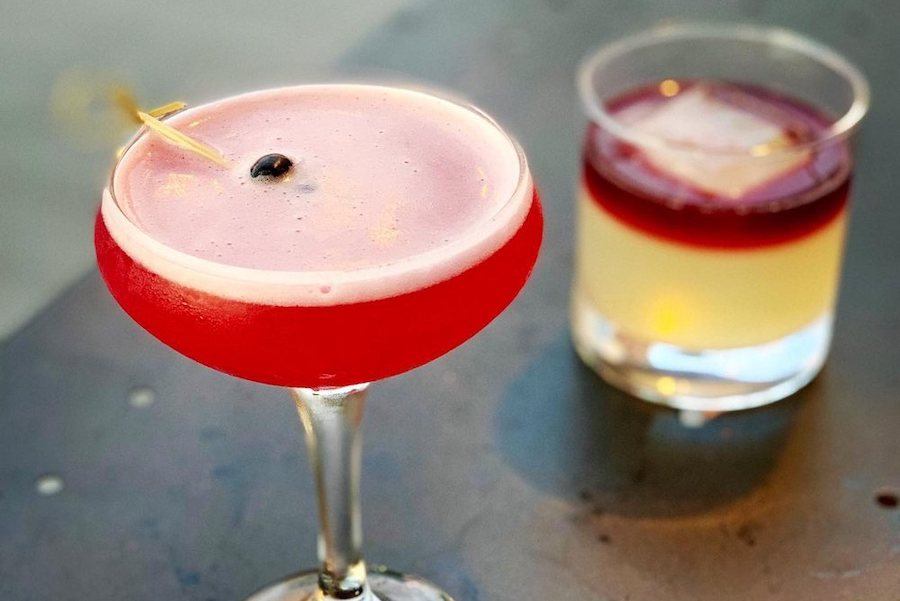 The place looks swanky, modern, clean crisp—it’s got that breezy, Pacific Coast kind of thing going on. No surprise: Restaurateurs John and Laura Wolfe kicked off their career in La Jolla, California more than 25 years ago, and previously imported its vibe to their Cottage restaurant in Wellesley. Their newer venture, the Poynt, builds on the Cali-New England mashup but takes it in an even more urbane direction, serving wood-fired pizzas, sushi, fish tacos, and classic Ritz-crusted cod with particularly sharp style.