Lucky enough to snag a tee time at Cypress Point? Make sure to tell everyone.

Our latest ranking of Top 100 Courses in the World went live last week, and — dagnabbit! — not a single one of those sweet-looking properties offers bookings on GolfNow. Where does that leave us? It leaves us daydreaming about playing courses that are famous for playing hard to get. It also gets us working on a list-within-a-list. Because it’s human nature to crave what you can’t have, we offer you this rundown of the 10 toughest tee times on our roster of Top 100 Courses in the World.

Hello, friends. Please enjoy our broadcast with minimal commercial interruption. Marvel at the blushing colors of magnolias and dogwoods as you soak up the soothing trill of birdsong. By Sunday evening, you’ll swear that you’re familiar with every hill and hollow of Alister MacKenzie’s most famous course, which is nice, because playing it yourself isn’t likely in the cards.

One of the five founding members of the United States Golf Association, which was formed in 1894, and the site of the country’s first 18-hole golf course, Chicago Golf sure acts its age. If courses were codgers, this C.B. Macdonald design would be standing on the stoop of its own clubhouse, yelling at the world to get off its grounds.

“One year they had a big membership drive at Cypress,” Bob Hope once quipped of the club where he belonged. “They drove out 40 members.” What remains today is a roster of 250-some-odd lucky souls who’ve got ready access to a coastal course so scenic that it could be confused for a National Park.

When it opened, in 2001, this Greg Norman-Bob Harrison design had a membership of one: the Australian media mogul Kerry Packer, who commissioned the course on his private estate in a remote swatch of New South Wales, roughly four hours by car from Sydney (as if anyone ever drives here). Packer died in 2005, and still under the direction of the Packer family, Ellerston has meted out a smattering of corporate memberships. Otherwise, access requires an invite from someone in the ownership’s inner circle. Norman was one of Packer’s pals. So, if you’ve got the Shark on speed-dial, now might be the time to ring him up.

An island in the literal and metaphoric sense, this Seth Raynor design sits in the Atlantic, just off the eastern tip of Long Island, accessible only by boat or private aircraft and well beyond the reach of average blokes. You’ve heard of old money? The dough here is so ancient, you could carbon-date it. But it doesn’t like to call attention to itself. In 1979, when GOLF included Fishers Island on its inaugural ranking of world’s greatest courses, a club representative wrote a letter to the editor: thanks for the kudos, it read, now please remove us from your list. 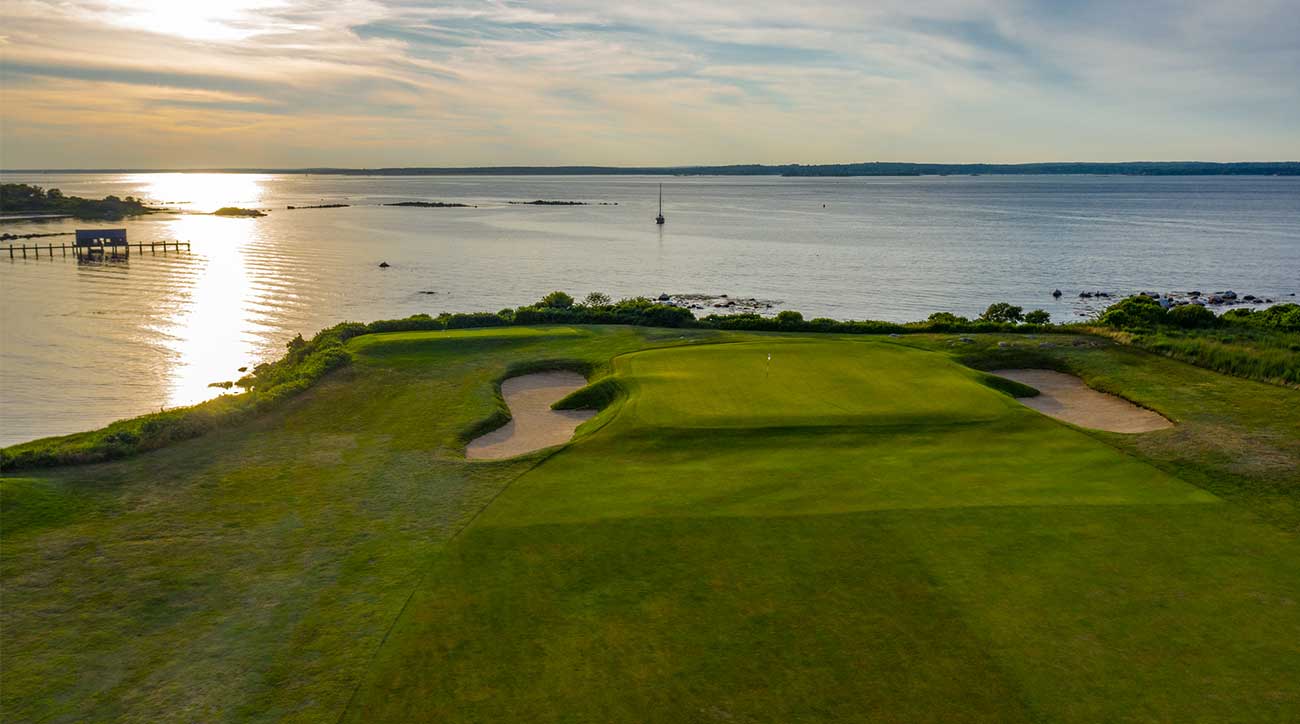 Fishers Island isn’t easy to get to, but you’ll never forget it once you are there.

In a nation rich in custom and formality, Hirono fits right in. As for fitting in non-members, that’s another matter. Unaccompanied play is not allowed. What’s more, despite its top-tier ranking, the intensely private club and its C.H. Alison design have played host to only two events of note: the Japan Amateur and the Japan Open. It’s a short list of people who get to see it, and — in the wake of a recent restoration by Martin Ebert — an ever-swelling group of people who are keen to sneak a peek.

A lot of folks would like to peg it at this glorious heathland layout, some 40 miles north of Paris. Only un peu ever get the chance. Built in 1913 as a private playground for the 12th Duke of Gramont, it remains a hush-hush redoubt for French golf royalty, and others in possession of princely fortunes. Unaccompanied play is as rare as steak tartare, so unless you’re tight with one of the Duke’s descendants, we’re not optimistic you’ll gain access to a club that — speaking of tartare — serves what many say is the finest lunch in the wide world of golf. 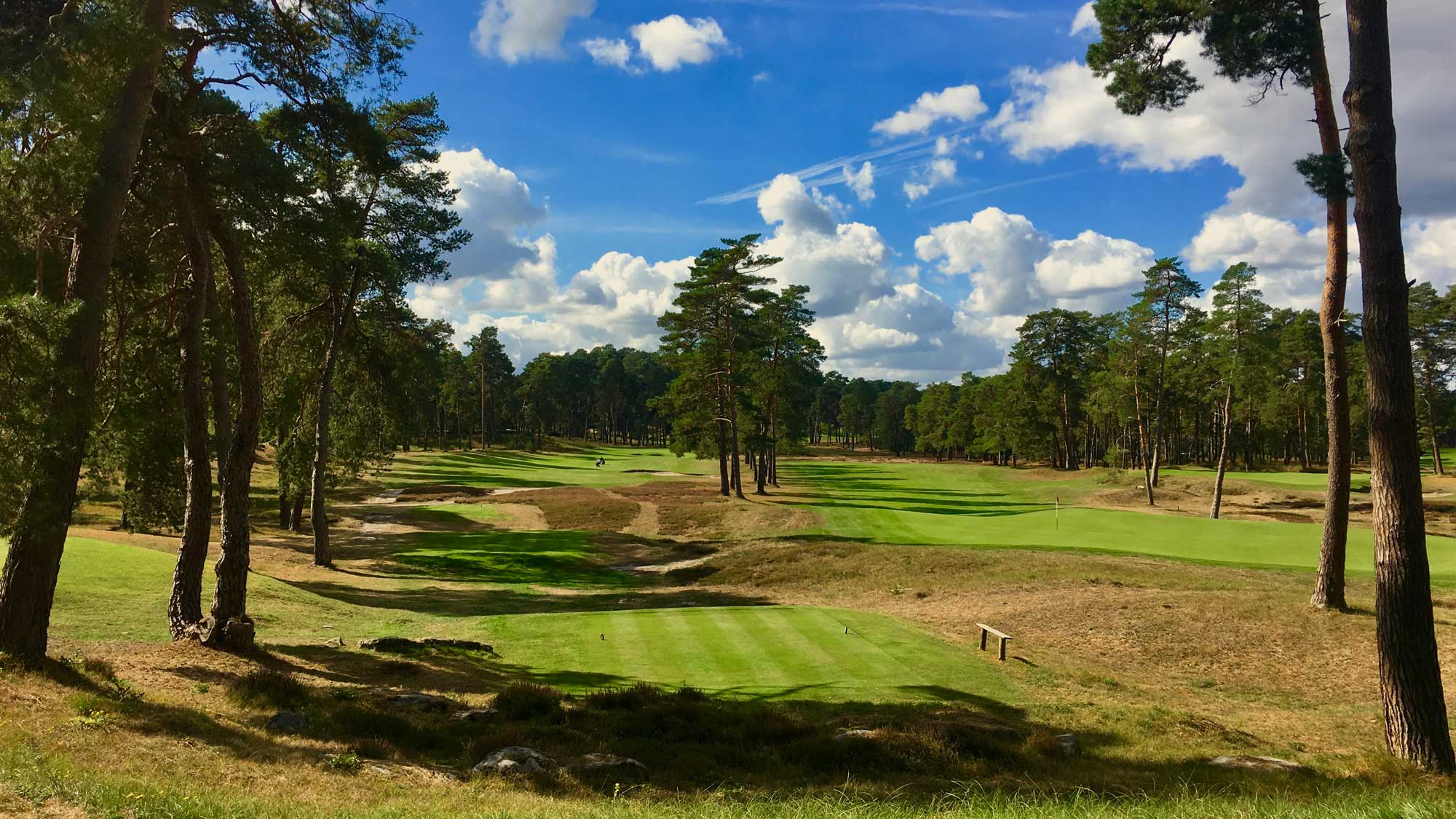 Morfontaine, about an hour northeast of Paris, France.

Yes, there is a ballot. There’s also standby. But unless you’re a local or an R&A member, you’ll likely need assistance from a tour operator to find time on a tee sheet that routinely books out several seasons in advance. Life is filled with ironies, and one of them is this: precisely because anyone and everyone can play the Old Course, it sometimes feels as if no one can.

Since everyone is into data nowadays, let’s run some numbers. Pine Valley is the top-ranked course in the world, so pretty much everyone wants to play it. Too bad that the majority of its members don’t live in the area, and unaccompanied guests are not allowed. Add to that the fact that the club doesn’t stage regular fundraisers or corporate outings (a common way to access other premiere private courses) and, well, it’s grade-school math: the odds are hard against you.

To get a sense of life at Seminole, picture your standard gated Florida golf community, with an ostentatious clubhouse, gaudy-money members and geezers riding carts everywhere you turn. Now envision its opposite. “If I were a young man going on the pro tour, I’d try to make arrangements to get on Seminole” Ben Hogan once said of this Donald Ross design. Sound counsel but not so simple. This is a club that is said to have turned down Jack Nicklaus for membership.

A golf, food and travel writer, Josh Sens has been a GOLF Magazine contributor since 2004 and now contributes across all of GOLF’s platforms. His work has been anthologized in The Best American Sportswriting. He is also the co-author, with Sammy Hagar, of Are We Having Any Fun Yet: the Cooking and Partying Handbook.