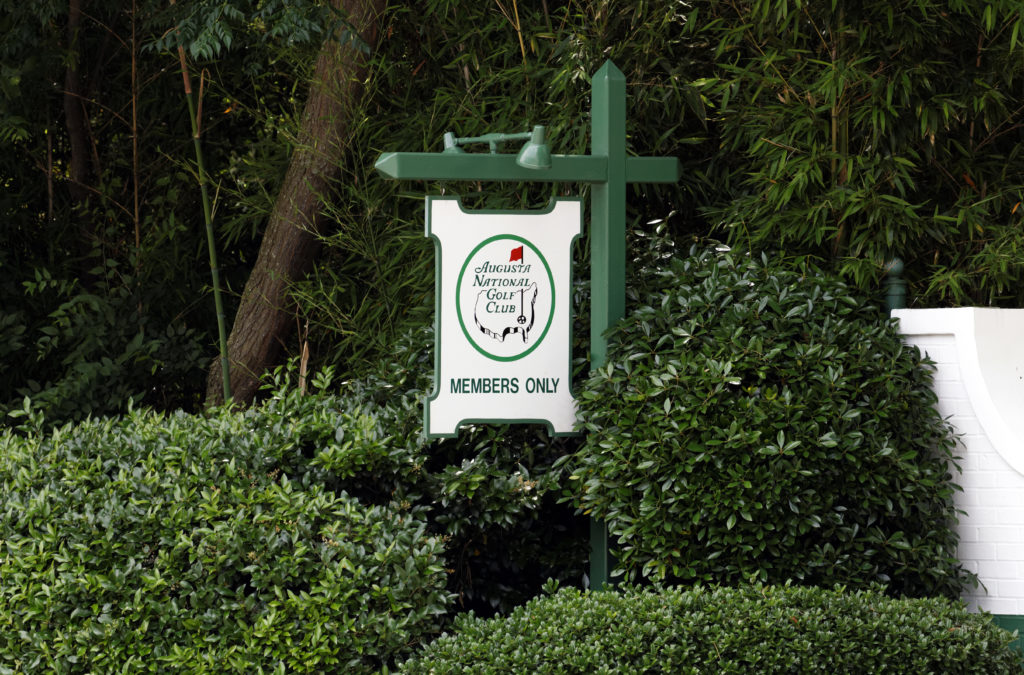 The hardest golf courses in the world can turn any experienced or professional golfer into an amateur. It’s a humbling experience for anyone that prides themselves on their golf swing and a great challenge for those that want to test their golf swing. There’s truly nothing quite like it.

Not only that, but the hardest golf courses in the world make an excellent addition to your bucket list. They’re located in some of the most beautiful places in the world — packed with breathtaking scenery that make for perfect photo opportunities. Again, there’s nothing quite like it.

When you visit the hardest golf courses in the world, you gain newfound respect from your golf buddies and are given an opportunity to lower your handicap. If you play well, you’ll own bragging rights that you didn’t possess before and you’ll become more confident in your swing.

RELATED: 20 of the Top Horse Race Tracks in the World

Ranking the 20 Hardest Golf Courses in the World

When ranking the hardest golf courses in the world, there are a lot of factors you need to consider. The elevation, weather conditions, layout, fairways, putting surfaces, hazards (bunkers and water), and total distance all play a major role in how difficult the course is.

With that said, let’s not waste anymore time. We’ll start our list off with some honorable mentions that easily could’ve find their way onto the master list, but didn’t quite make the cut.

Home of the Western Open from 1974-1990, the Butler National Golf Club is longer than most golf courses out there at above 7,500 yards. It’ll challenge you from the first tee to the 18th hole. It’s as narrow and tough as it gets — and you better have a good drive because you’ll need it!

Just had a great hour at @llanwerngolf on the @TrackManGolf playing the @ValsparChamp Copperhead course at Innisbrook. Managed 8 pars 😃 but a few double bogeys too!! 😳 pic.twitter.com/hRvBqWIEPT

Home of the PGA Tour’s Valspar Championship, the Copperhead Course at Innisbrook Golf Resort is nothing short of difficult. The par-4 16th hole welcomes quite the struggle with an average score of 4.3. It features a rolling terrain that’s lined with pine trees and filled with water.

Some days are better than others! Blessed for the opportunity to knock off my #1 bucket list course, Oakmont Country Club. 🙏 Henry Fownes designed a beautiful & extremely challenging course that continues to improve with age. NGLA is my new #1 must play track. #golfweekraters pic.twitter.com/engLhUucF7

Oakmont Country Club is home to one of the oldest top-ranked golf courses in the United States. It has hosted the most major championships of any course — including nine U.S. Opens, three PGA Championships, two Women’s U.S. Opens, and five U.S. Amateurs.

Home of the Kemper Open from 1969-1979 and now the Wells Fargo Championship from 2003-present, Quail Hollow Club is no easy task. In fact, it got much more difficult in the past five years with three new holes — the first, fourth, and fifth. Good luck getting a par on them.

Home of the Masters Tournament since 1932, Augusta National is one of the most famous golf courses in the world. It’s also one of the few that doesn’t have an official rating from the USGA. It features elevation changes, quick greens, towering pines, and difficult water hazards.

Hole #1 on the Old White course at The Greenbrier today. Little wet but what a great day! #WestVirginia pic.twitter.com/xEiOUgfwL1

Home of the 2015 Senior PGA Championship, The Pete Dye Course at French Lick Resort features narrow fairways that are sloped — making quality tee shots hard to come by. If you miss the fairway at any point, be prepared for plenty of tough shots from difficult positions.

Also known as Course 4, Dubsdread Course at Cog Hill Golf & Country Club features plenty of elevation changes, deep bunkers found everywhere, slick greens, and trees getting in your way. At over 7,500 yards, it’s not a short course by any means, so it’s a daunting task for anyone.

Home of the Farmers Insurance Open PGA Golf Tournament, the South Course at Torrey Pines Golf Course is one of the longest courses on this list at 7,800 yards. You’ll find a lot of elevation changes, lengthy par-4s that require an accurate swing, and a daunting 612-yard, par-5 hole 13.

Home of the Crump Cup (an amateur tournament), the Pine Valley Golf Club might not be one of the longest courses on the list, but that doesn’t take away from its difficulty. With the amount of turns and angles on this course, you have to decide when to play it safe and when to take a risk.

One of the most intimidating courses in the world, Cape Kidnappers Golf Course wasn’t built for the faint of heart. Not only do the cliffs feature drops of up to 600 feet, but the course is elevated and you’ll experience extremely windy conditions throughout. Be prepared for a lot of frustration.

Malaysia: TAME THE COBRA!! European PGA Tour venue Saujana G&CC (Palm Course) is nicknamed “the Cobra”, and is widely acknowledged as the toughest in the country with its tight, palm-lined fairways and fast tricky greens. Can you tame it? https://t.co/b5rNAkMEnR #golfasian pic.twitter.com/gOhzGzARZl

Known to many as ‘The Cobra,’ the Palm Course at the Saujana Golf & Country Club has hosted the Malaysia Open seven times. There are a lot of elevation changes throughout, jungles lining the fairways, monkeys looking to steal your ball, and undulating/fast greens on every hole.

Home of the Ryder Cup in 1991 and the PGA Championship in 2012 and 2021, The Ocean Course at Kiawah Island Golf Resort features windy conditions from the Atlantic Ocean, large sand dunes, thorny marshes, pot bunkers, and slick greens that put your swing to the test.

One of the hardest golf courses in the world, the Championship Course at Royal County Down Golf Club boasts a flurry of troubles — even for experienced golfers. It’s lined with gorges, has narrow fairways, domed greens, huge bunkers, windy conditions, and a lot of blind shots.

One of the few courses in the world to host the U.S. Open Championship, The Barclays, the PGA Championship, and soon the Ryder Cup, the Black Course at Bethpage State Park is truly one-of-a-kind. It’s so difficult that there’s a warning sign and you aren’t allowed a golf cart.

Who else would rather be quarantined on this island golf course?

Once known as La Touessrok golf course, the Île aux Cerfs Golf Club is one of the most isolated courses in the world — it’s only accessible by a designated boat. With island views, the course features nine lakes, volcanic rock, white sand bunkers, jungles of foliages, and gulleys.

Did you know that…
The largest field in the world is the Jade Dragon Snow Mountain Golf Club in Lijiang, China. pic.twitter.com/PYsJzT2gAo

Not only is the Jade Dragon Snow Mountain Golf Club home to the longest regulation golf course in the entire world, but it sits at an incredible 10,800 feet above sea level. It’s the second highest elevated course in the world and features an 800-yard par-5 hole that tests your swing.

Who is in the mood for some Ryder Cup golf?🙋‍♂️

The competition teed off in Wisconsin today at the incredible Whistling Straits course! pic.twitter.com/IJtOIrqpM6

The Straits Course at Whistling Straits, associated with The American Club, has hosted the PGA Championship (three times), U.S. Senior Open, and the Ryder Cup. It features over 900 bunkers and an unconventional landscape that will lead to plenty of frustrating hits.

The iconic course that has seen its fair share of dramas!https://t.co/GA5G8M7Xcj pic.twitter.com/lZrKblIHZe

A great Aloha Friday spent on the Koolau Golf Course on the Windward side of Oahu, a must visit for avid golfers! pic.twitter.com/oBVYAmpCHR

The Ko’olau Golf Club is home to one of the hardest golf courses in the world and there are plenty of golfers out there that agree. Not only are you playing in the middle of a jungle, but you have to work your way around six ravines and soggy conditions that add to the difficulty.

Have You Played at Any of the Hardest Golf Courses in the World?

Now that we’ve ranked the 20 hardest golf courses in the world, how many of them can you say you’ve played at? Here’s a better question, how many of them do you plan on playing now that you know which ones to target? For those that get the opportunity, know that it’s a huge honor.

YOU MAY ALSO LIKE: 30 of the Best Sports Movie Quotes of All-Time

Now it’s time to grab your golf clubs and make your way to some of the hardest golf courses in the world. Don’t forget to stock up on golf balls because you’ll definitely need them if you plan on testing your swing at any of the courses listed above! Either way, as long as you have fun!

About At The Buzzer

At The Buzzer, or ATB is the place for those who love sports, life, family, community, and so much more. We are far from the run-of-the-mill 24/7 sports news websites. We not only bring you what’s happening in the world of sports in terms of trades and breaking news, but we also bring you the news that goes on behind the scenes, like big life moments, and so much more. So take a minute and read one of our articles, we promise you won't regret it.