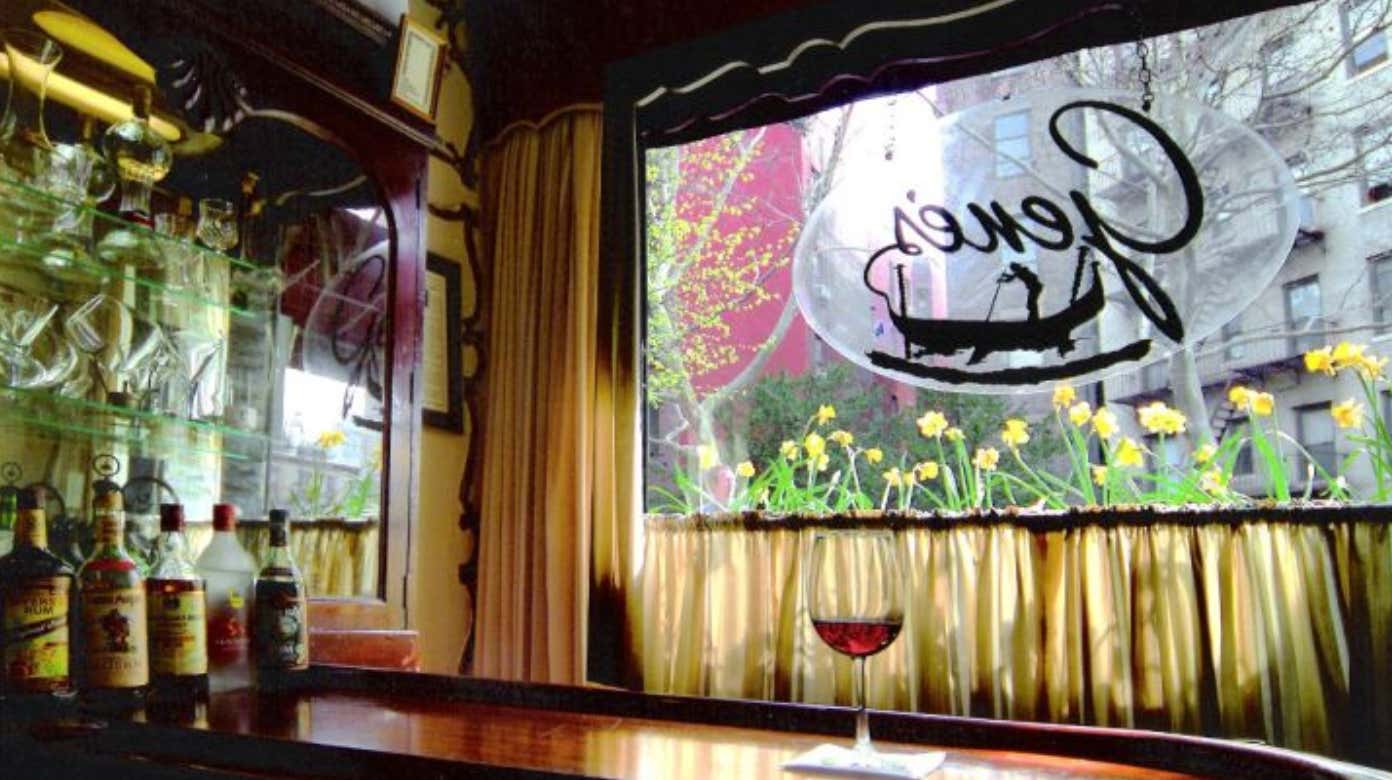 Hello and hope this email finds you well. I wanted to thank you so very much for the Barstool Sports fundraising campaign and its efforts to help restaurants and businesses.

I am writing to ask you to please consider helping Gene's Restaurant. Gene's is owned by my husband David and my brother-in-law Danny, who took it over from my father-in-law. Gene's is located at 73 West 11th (between 5th & 6th) in the West Village. The restaurant was established in 1919. In its 101 year history, my husband's family has owned and operated it for the past 41 years.

While it is the American Dream to own your business, my father-in-law, Albino Ramirez, has truly lived that dream. Albino emigrated from Spain when he was 16 years old. He worked his way up from being a busboy to a waiter. While working in the restaurant industry, he also drove a cab to support and secure a future for his family. In 1979, he bought Gene's Restaurant. Albino worked for two years straight, seven days a week, with no time off in order to right the restaurant. My husband, at age 14, would take the bus into NYC from Rockland County to bus tables on Friday and Saturday nights. My husband has worked on and off at Gene's throughout his teen and young adult years, as did my brother-in-law. My father-in-law never pushed nor presumed that his sons would follow him into the restaurant industry. He paid for their college and trade studies so that David and Danny could pursue their dreams. But David and Danny have always helped their father with running the restaurant. Gene's was open 7 days a week for both lunch and dinner…an exhausting schedule as anyone in the restaurant business can attest to.

In 2004, after a lifetime working in the restaurant industry and 25 years in owning and running Gene's, my father-in-law turned the reins over to David and Danny, who left their professions to carry on what was essentially their father's life's work. Gene's Restaurant is more than a business to my family. It's a testament to my father-in-law's work ethic and drive. It's an example to his children and his grandchildren that with hard work and perseverance, you can attain what you desire. Everything that my in-laws have, everything that my husband and I have is due to the blood, sweat and tears that has been put into Gene's these past 41 years. Gene's Restaurant is my father-in-law's legacy. Our 10 year old son wants to run Gene's. Starting in nursery school, each and every time a school assignment has asked him what he wants to be when he grows up, our son says he wants to be a restaurant owner. That's the other part of the American Dream, right?…creating, building and passing along your legacy. With each passing day during this unprecedented time, I hope and pray that my son might have the opportunity to carry on his father's and grandfather's business. A third-generation owned business…what a legacy that would be.

So, I write to ask you, to plead with you, to please give consideration to Gene's for financial assistance to get the restaurant past these incredibly challenging times, so that it has a chance at survival. My husband has told me that if Gene's can get through the winter and see the return of outdoor dining that the restaurant still has a chance. But now that indoor dining has again been suspended and the restaurant is at the mercy of the weather for outdoor dining purposes, he's not so sure. Gene's patrons are a loyal bunch and have been braving the weather, but as we get further into winter, I find it unlikely that Gene's will have much outdoor dining business. As it is, whatever outdoor dining and take-out business that has been coming in has just been enough to meet payroll….it's not been enough to cover operating and overhead costs. And after 10 months, Gene's resources are at an all time low. It's incredible to me that Gene's has been able to hold on this long. Gene's will require some kind of assistance in order to survive.

My husband and brother-in-law have been working so hard for so long to keep Gene's afloat, and to look after their employees (some of their staff has been with them for 20+ years). When restaurants were closed for dining in NYC in mid-March, my brother-in-law focused on doing carry-outs and deliveries, and my husband set to work on helping their employees. With dining not allowed, Gene's waiters and busboys were looking at the hard truth of being out of work, but in just weeks of being closed, on March 31st, my husband set up a GoFundMe for the employees. The GoFundMe is still active, and is and has always been, just for the benefit of the employees. It has not been used for operating or overhead costs, nor has David or Danny received any money from this fund. I am immensely proud of David and Danny for making their employees their priority. They could have easily used the GoFundMe to benefit the restaurant rather than tap into their savings to pay bills, but they put their employees first and made sure to look after them. Here's the link to the GoFundMe. David is much more eloquent than I in explaining the purpose of the fund. https://www.gofundme.com/f/Genes-Restaurant-NYC?qid=5d236dd3d127049d000c138d615fe494

David and Danny have been trying so very hard to keep Gene's in business, and it's staff employed. When outdoor street dining was announced, Gene's was unable to take advantage of this program as there was a Citibike stand directly in front of the restaurant. Sidewalk dining would only permit 2 tables. David wrote the Mayor's office, his City Councilman, the DOT, and the Community Board to seek help in having eight bikes relocated so Gene's could have street dining but to no avail. In a last ditch effort to be able to do street dining David turned to 7OnYourSide's Nina Pineda for help. Here's her segment from July 15th:
https://abc7ny.com/health/citi-bike-rack-stands-in-way-of-survival-of-landmark-nyc-restaurant/6317089/). With the help of Nina Pineda and Sarah Jessica Parker, a lifeline was thrown to Gene's. Without the ability to do street dining, Gene's would have undoubtedly had to close.

Like so many restaurants in NYC, in order to stay in business, Gene's has done everything that has been demanded of them. Just like you stated in your December 11th Facebook Post ("Politicians Are Stealing The Basic Right to Earn A Living"), they have, without benefit of financial assistance, spent thousands of dollars to equip themselves to
abide by mandates so they can stay in business…so they can earn a living. At different times during these past 10 months, my husband has said to me, he just wants the ability to run his business…that he can earn a living and provide a living for his employees if only he were to be permitted to do so. The last thing David and Danny have wanted was to take a handout or a loan for their business, but Gene's is now at a pivotal point. It's a desperate time for our business and for our families. If Gene's Restaurant is to survive it's going to need some kind of help to get through these winter months.

Mr. Portnoy, I know that Gene's is just one of the thousands of restaurants and businesses across the nation that are in need of help, and that are reaching out to you. We would be so grateful for any assistance that you could offer, and I know David and Danny would find the means or a way to make good on your support of them.

Sincerely, and most appreciatively,
Dana Ramirez