For every great course that made GOLF’s 2020-21 ranking of the Top 100 Courses in the U.S., dozens of more must-plays were left on the outside looking in — including at least a handful in your home state. Some of these designs just missed out on a Top 100 nomination, others finished deeper down the ranking, but all are worthy of your time. To shed light on the best courses in every state, we broke out the full results of our Top 100 Courses polling into state-by-state lists. Here’s a closer look at Rhode Island.

Rhode Island golf by the numbers:

One of the five founding clubs of what is today known as the United States Golf Association, this course is far more than just a museum piece. Under the hand for many years of Ron Forse, this course only improved since Tiger Woods’ historic win over Buddy Marucci for the 1995 U.S. Amateur. The shapes and sizes of its bunkers are among the sport’s most diverse and serve as a timely reminder to modern architects that variety is a vital component to great architecture.

Course spotlight: Rhode Island Country Club (Barrington), ranked 5th in Rhode Island. Donald Ross does it again, creating a course that is fun for all ages of players. This family club has hit its stride in recent years, thanks in part to its uber-talented young greenskeeper who has helped open up the course. Once again, balls are skittering along the turf. The final four holes burst out into the open and play along Narragansett Bay and make for a rousing finish, but the two real showpieces of Ross’s talent are likely the sub-400-yard uphill par-4 3rd to a knob green and the reachable par-5 8th, both of which highlight that great golf is much more than just a yardage on a scorecard. — GOLF Top 100 Course Rater 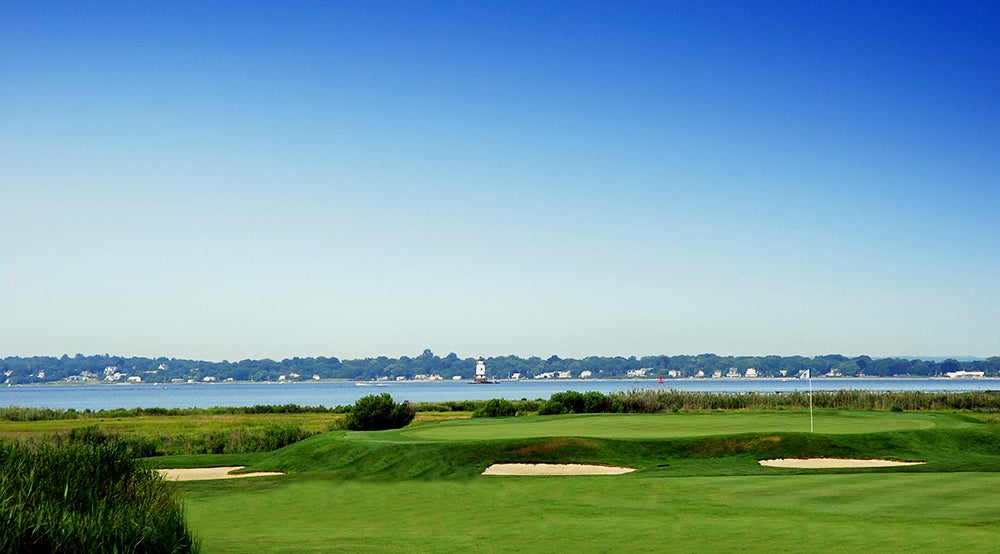