The Samsung Group is a South Korea-based conglomerate that includes several subsidiaries. It's one of the largest businesses in Korea, producing nearly one-fifth of the country's total exports with a primary focus on electronics, heavy industry, construction, and defense. Other major subsidiaries of Samsung include insurance, advertising, and entertainment. 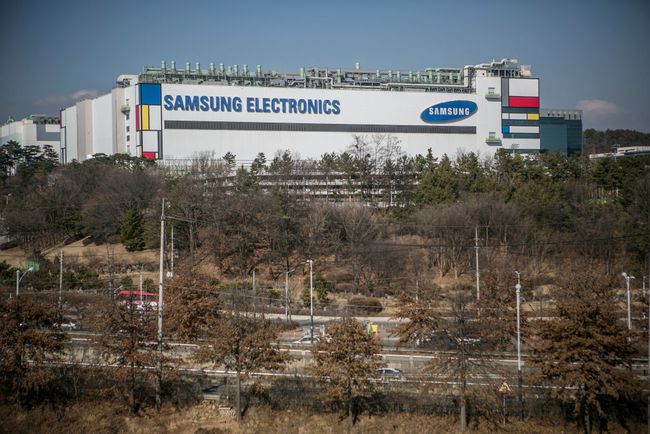 With only 30,000 won (about US$27), Lee Byung-chul started Samsung as a trading company based in a city called Taegu in 1938. With 40 employees, Samsung began as a grocery store, trading and exporting goods produced in and around the city. It sold dried Korean fish and vegetables, as well as its own noodles.

The meaning of the word Samsung is "three stars," with the number three representing "something powerful."

The company grew and expanded to Seoul in 1947 but left when the Korean War broke out. Following the war, Lee started a sugar refinery in Busan before expanding into textiles and building what was, at the time, the largest woolen mill in Korea.

This early diversification became a successful growth strategy for Samsung, which rapidly expanded into the insurance, securities, and retail businesses. After the war, Samsung focused on the redevelopment of Korea, especially industrialization.

In the 1960s, Samsung entered the electronics industry with the formation of several electronics-focused divisions:

During this period, Samsung acquired DongBang Life Insurance and established Joong-Ang Development (now known as Samsung Everland). Additionally, a Samsung-Sanyo partnership began, paving the way for the production of TVs, microwaves, and other consumer products.

In 1970, Samsung-Sanyo produced its first black and white TVs and expanded its reach into shipbuilding, petrochemicals, and aircraft engines. Over the next decade, Samsung also produced transistor black and white TVs, color TVs, refrigerators, electric desk calculators, and air conditioners. In 1978, the company reached the landmark of having produced 5 million TVs.

By 1974, Samsung Heavy Industries was one of the largest shipbuilders in the world. In the late 1970s, the company established Samsung Electronics America and the Suwon R&D Center.

In the early 1980s, Samsung expanded to Germany, Portugal, and New York. In 1982, Samsung Printing Solutions was founded. This subsidiary of the company delivered digital solutions to the printing industry. The following year, the company started producing personal computers, and in 1984 Samsung's sales reached one trillion won.

Later in the decade, Samsung expanded to Tokyo and the United Kingdom, positioning itself as a leader in semiconductor manufacturing with massive production of 256K DRAM.

In 1987, founder Lee Byung-chul passed away, and his son, Lee Kun-hee, assumed control of Samsung. Soon after that, Samsung Semiconductor and Telecommunications merged with Samsung Electronics. The merged organization focused on home appliances, telecommunications, and semiconductors.

The next decade brought additional growth and achievements. Samsung soon became a world leader in chip production, formed Samsung Motors, and began producing digital TVs. The company also began investing heavily in the design and manufacture of components for other companies. It sought to become the world's largest consumer electronics manufacturer.

Samsung Ventures was founded in 1999 to invest in startup companies focusing on many of Samsung's core services.

Samsung entered the phone market with the SPH-1300, an early touch-screen prototype released in 2001. The company also developed the first speech-recognition phone in 2005.

In the late 2000s and early 2010s, Samsung acquired companies that developed technologies for electronic devices. In 2011, Samsung released the Galaxy S II, followed in 2012 by the Galaxy S III, one of the world's most popular smartphones. The year 2012 also marked Samsung becoming the world's largest mobile phone maker and the acquisition of mSpot to provide entertainment to Samsung device users.

The company made additional acquisitions in the following years, including organizations that would help it expand its offerings in medical technology, smart TVs, OLED displays, home automation, printing solutions, cloud solutions, payment solutions, and artificial intelligence.

In September 2014, Samsung announced the Gear VR, a virtual reality device developed for use with the Galaxy Note 4. By 2015, Samsung had more U.S. patents approved than any other company, with more than 7,500 utility patents granted before the end of the year.

In 2017, Samsung was given governmental permission to test a self-driving car. The following year, Samsung announced that it would expand its renewable energy plans and hire 40,000 employees over the next three years.