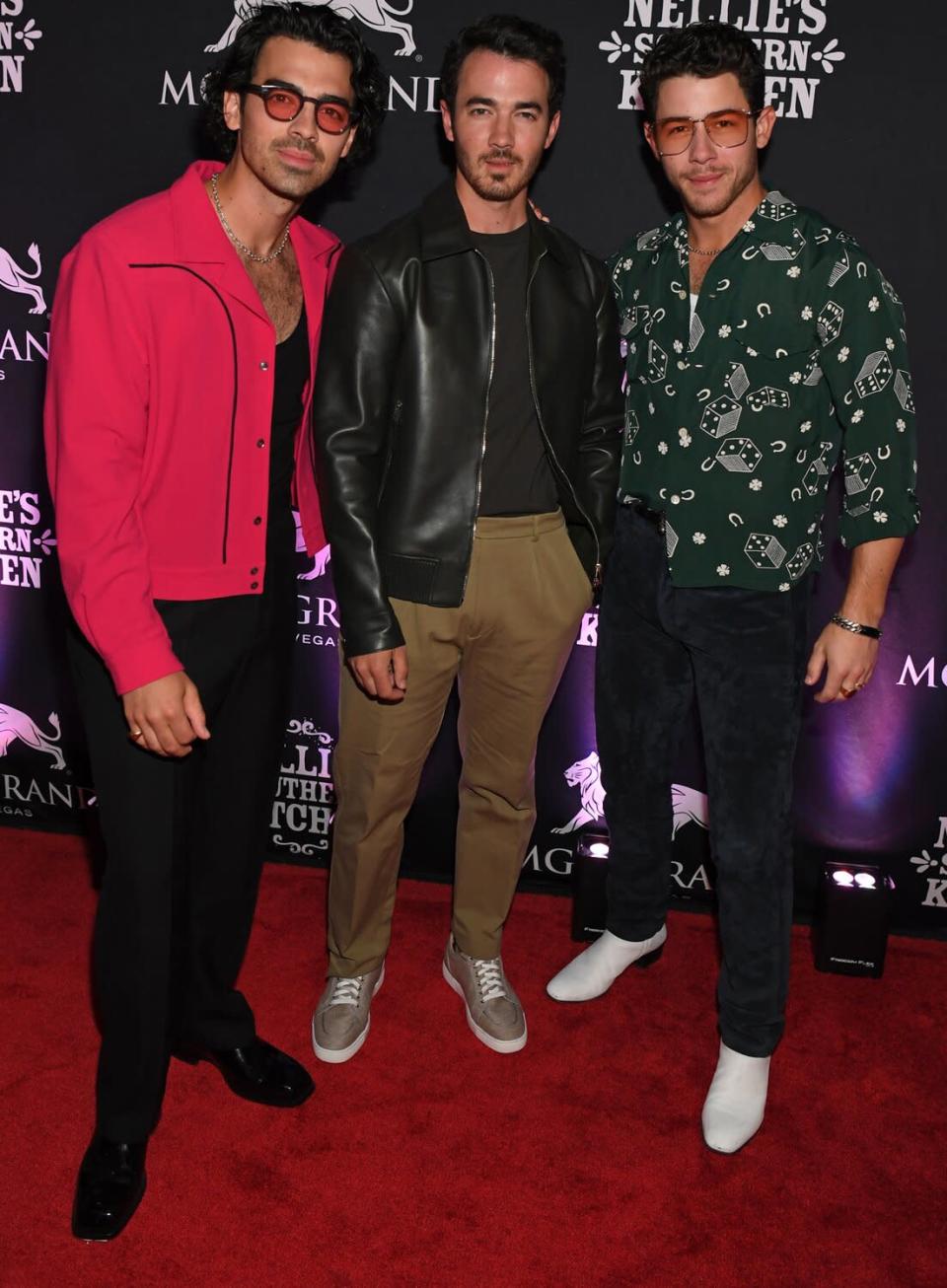 It was a family affair in Las Vegas for the Jonas Brothers!

Kevin, Joe and Nick Jonas joined their family on Saturday in celebrating the grand opening of the Las Vegas location of their restaurant: Nellie's Southern Kitchen.

In addition to the musical trio, parents Kevin Jonas Sr. and Denise Jonas attended the Southern comfort food restaurant's opening. Kevin's wife Danielle with their two daughters – Alena, 8, and Valentina, 5, – and the youngest brother Frankie Jonas also celebrated the grand opening of the 11,000-square-foot restaurant located in the District by the MGM Grand Garden Arena.

Nellie's Southern Kitchen, which is named after Kevin Sr.'s late grandmother, first opened in Belmont, N.C. in 2016. Following the success of the location in Kevin Sr.'s hometown, the family decided to expand to a second location in Las Vegas.

At the opening, Kevin Sr. walked the carpet ahead of his four sons and even hopped onstage inside the party to sing, showing everyone that musical talent runs in the family. 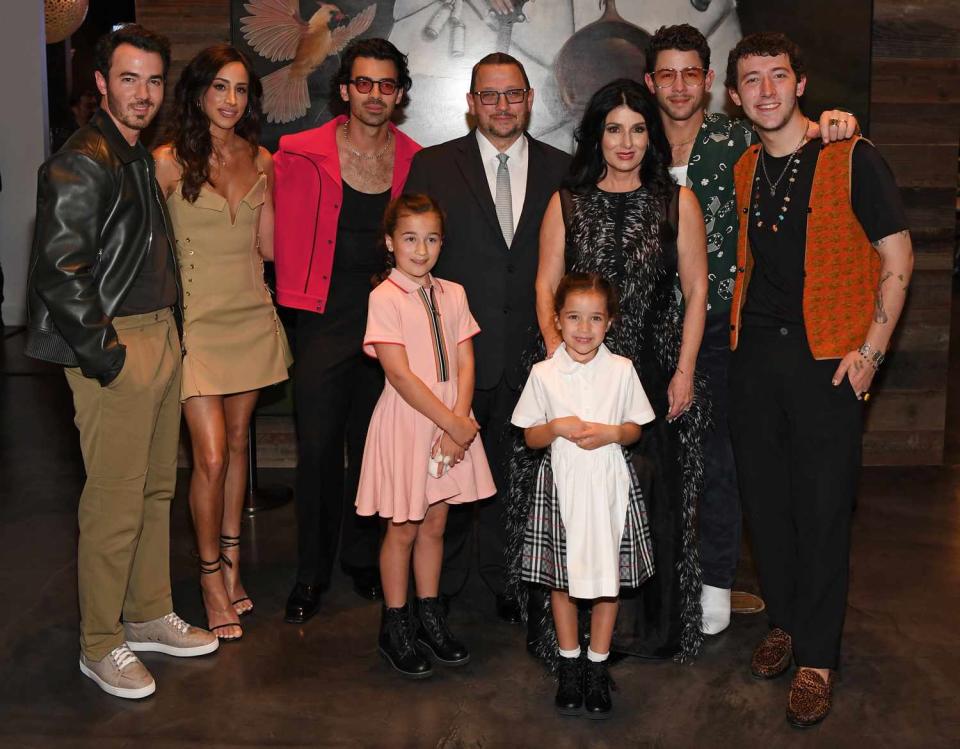 "When you walk in, we want you to find that Southern hospitality and comfort that my grandmother represented," Kevin Sr. told PEOPLE back in November following the announcement of the Las Vegas location.

The menus are full of Southern staples such as shrimp and grits and fried okra, plus brunch options and an extensive cocktail menu.

"My great-grandmother shared her recipes with my grandmother who shared them with my mother who shared them with our chefs. We have protected the natural recipes and made sure that our professional chefs at Nellie's knew how to make them like my family before figuring out how to serve them to our customers," Kevin Sr. said. "It was a lot of work."

RELATED: Jonas Brothers Treat Their Die-Hard Fans with Memorabilia Pawn Shop: 'It Brings Back Memories in a Big Way'

A lot is happening for the JoBros in Vegas. On Friday, Nick, Joe and Kevin kicked off the start of their highly anticipated string of residency shows at the Park MGM's Dolby Live theater.

The first show was on Friday night and the Jonas Brothers will continue their residency shows on June 9, 10 and 11.