It’s the last place anyone would expect to see the arch enemy of fast food.

Morgan Spurlock is about to launch his latest venture: luring customers in with his version of the perfect chicken sandwich at his New York City pop-up restaurant, Holy Chicken. It’s the last place anyone would expect to see the arch enemy of fast food.

The project appears to be a complete reversal for the documentary filmmaker, who 15 years ago talked about making himself sick eating only McDonald's food for an entire month, as chronicled in the Oscar-nominated film “Super Size Me.”

“It wasn't a journey that I thought I'd be on,” Spurlock said.

The restaurant, which has been years in the making, is the culmination of Spurlock's latest documentary, “Super Size Me 2: Holy Chicken.” 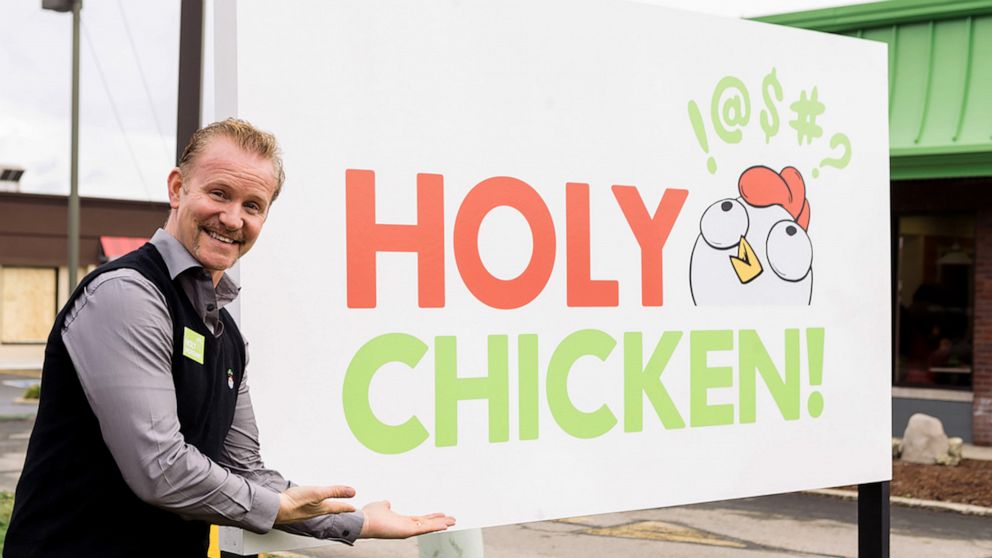 Spurlock made it clear his goal was not to put “big chicken out of business.”

“You’re never gonna put big chicken out of business just like you never can put McDonald's out of business,” Spurlock said. “But I think the goal of Holy Chicken is how do you start to at least level the playing field? … I think what we can do is start to at least put a message out there, that there is a better way, that there's a different way… The way we’ll beat them is… creat[ing] a truly farm-to-table, local fast food restaurant.”

After all, when it comes to fast food, chicken is the latest rage. Spurlock’s sandwich is coming on the heels of one of the biggest feuds this summer: Popeye’s new chicken sandwich versus Chick-fil-A’s classic chicken sandwich.

“You see our sandwich, we stand much higher above them, and there is no competition,” Spurlock said of both restaurants.

At Spurlock’s restaurant, truth is on the menu. From the packaging to the walls, everything is decorated in trade secrets — information that provides full disclosures on how fast food companies convince you that a junk food meal is somehow healthy. 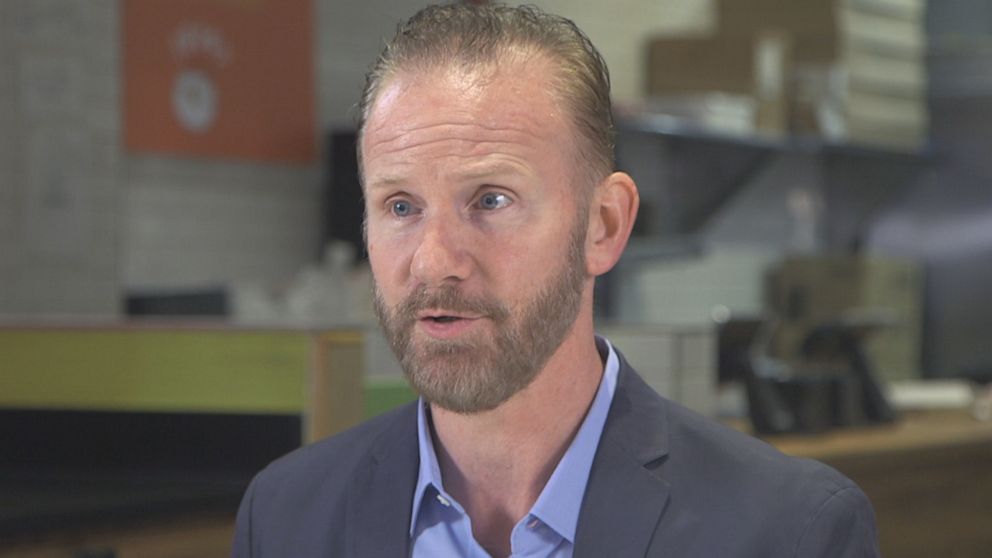 Morgan Spurlock's latest project appears to be a complete reversal — as 15 years ago he made himself sick eating nothing but McDonalds fast food for an entire month — chronicled in is Oscar-nominated film "Super Size Me."

“The health halo is a term that the industry uses to kind of describe the way they shroud your food and things that make you think it's better for you than it actually is… [Sometimes] that's just the way things are colored,” he said. “You know, green makes you think of natural, fresh vegetables, to the words that we use — crispy being a perfect example. Fried is kind of gone from the fast food vernacular; everything is crispy because it doesn't sound bad for you.”

“I’m going to give you what you need and what you want is a delicious grilled crispy chicken sandwich,” he said. “But what you need is an education.”

Transparency, Spurlock said, is at the heart of his passion project. It’s a full career reboot after he decided to be transparent about his history of sexual misconduct.

In 2017, the director published a statement on social media titled “I am part of the problem.”

“I think that I looked at some of my past actions as being problematic…[they] shouldn't have happened. Should have been done differently,” he said. “Nobody came forward to pressure me. Nobody came forward and said I'm coming after you. And this was in the middle of the kind of #MeToo explosion, where I just started kind of taking stock in my life.”

In his post, Spurlock detailed a list of examples, writing, “I have been unfaithful to every wife and girlfriend I have ever had.”

He also described a sexual encounter which led to an allegation of date rape when he was in college. No charges were ever filed.

Years later, he settled a sexual harassment claim at his production company.

Spurlock said it has been a long journey of making amends.

“I had to start with myself. How do I start to make myself better? And, you know, I got sober 640-plus days ago and it's been the greatest thing. I wish I'd done it 10 years ago,” he said. “Now I'm at the point of my journey where I'm reaching out to the people and starting to make amends. Where you know I'm contacting them, I'm sitting down with them, I'm talking to them.”

Spurlock also opened up about sexual abuse during his childhood in the post.

"In the state of mind I was in…I dealt with depression for decades," he said. "Something I also had never talked about. And it was in one of those moments where I had to. It was it was almost like a soul purge that happened."

“The minute I hit send, I felt better,” he said. “But it's also one of those moments as a manic depressive, you don't think about the results of your actions in those moments. And it was an incredibly selfless action that I took to do that because the ripple effect of what happened affected so many people.”

“We had sold the sequel to the film out of the Toronto Film Festival to YouTube for $3.5 million,” he said. “It was going to come out in theaters in April 2018 but then once I said what I said, everything just collapsed. Everybody walked away. Every TV show, every movie project, everything that we were working on… [The] film went back on a shelf.”

“The people that I hurt…I worked with. I mean, these are people that I put out of work a week before Christmas who had kids, who had families, who suddenly were like, ‘What happened?’” he said. “It's one of the things I'm continuing to try and move forward as best you can.”

“This movie was shelved for two years,” he said. “I worked for a year and a half to try and find a distributor. Company ended up having to file for bankruptcy. The movie could still be sitting on a shelf and the farmers deserve this more than anyone. And that's the thing that I've been fighting for the last 18 months: Jonathan and Zach, who literally put their life and work on the line to tell their story and be a part of this.”

Jonathan and Zach Buttram, a father and son farming duo, serve as Spurlock’s window into the chicken industry in the documentary. 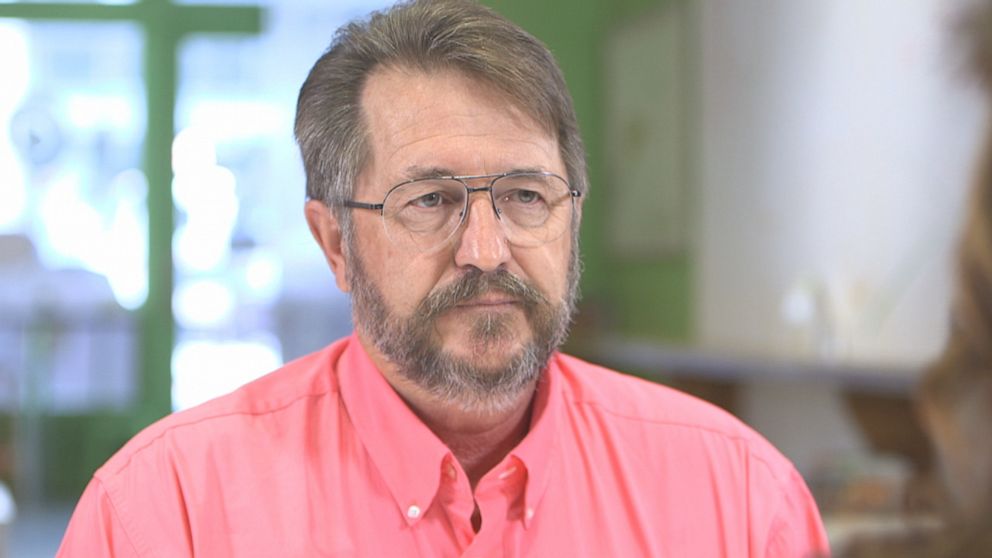 Farmer Jonathan Buttram serves as Spurlock's window into the chicken industry in the documentary.

He said most chickens are being bred in cramped conditions.

“They're eating their own feces and these chickens have to have a place to sit down and rest. When they sit down there [and it's] wet and there's methane and ammonia coming up and it burns their breast, burns their paws and they have a hard time getting the food and water,” he said. “That’s why I think that with Morgan and to get this word out…we want to try to give people a healthy alternative.”

The Buttrams say their Alabama family farm has been punished for years in retaliation for working with Spurlock and for sharing what they say are the chicken industry’s dirty secrets.

He says it’s “humbling” to see the information exposed. 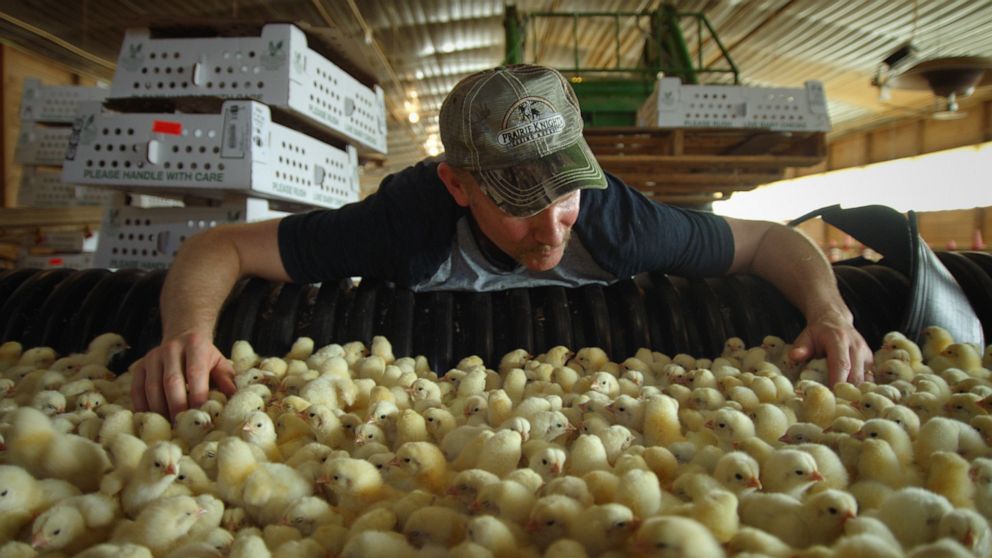 Spurlock said there’s a dark side to “big chicken,” referring to the nation’s top chicken producers. He said that when these larger companies partner with chicken farmers, they tend to squeeze their livelihoods.

“I take calls, as matter of fact, two calls in the last couple of weeks of farmers, [saying] ‘I'm at the end of my rope.’ That means suicide. And so I have to start counseling then sometimes drive to their farm,” Spurlock said. “Because when [big chicken companies] come and they say, 'Well I'm gonna terminate your contract if you don't do this, this and this and you're gonna lose your farm.'”

The National Chicken Council, which represents the U.S.'s largest chicken production companies, told ABC that Spurlock’s project is “clearly told in a story intended for ‘entertainment’ and not based on facts.” It called the film “an unfortunate and one-sided hit piece on an industry that provides Americans with the healthiest, most sustainable, affordable, and responsibly raised protein in the market." The full statement from the National Chicken Council can be found at the end of this story. 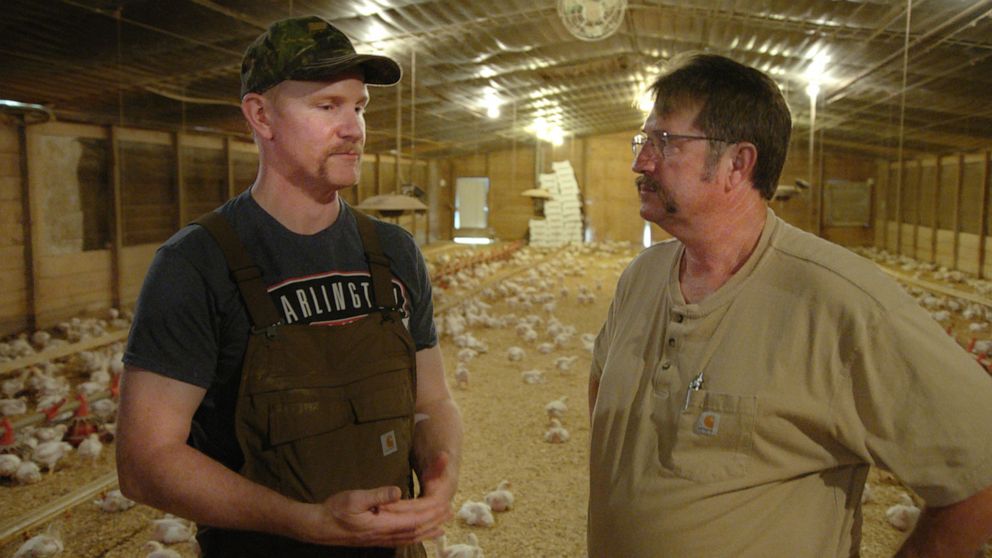 The council also said 95% of farmers that it works with choose to renew their contracts year after year.

“Holy Chicken,” both the film and the franchise, aim to debunk the chicken industry’s corporate mythology, breaking down what Spurlock says are misleading phrases like “natural,” “artisan” and “free range.”

Spurlock said “there are places that” do actually raise chickens in the free-range environment people imagine: “There are places where the chickens do actually get to go outside, but they're so few and far between of what is truly representative of the industry it's crazy.”

Spurlock said this reveal will help shatter illusions, making us savvier costumers, which is why transparency is the ultimate goal. For Spurlock, the truth telling he’s done all these years in front of the camera is now matched behind it.

“I'm excited to see who this filmmaker is now that [he's come] out of this process versus the one that was there before,” he said.

The National Chicken Council is aware of the film “Super Size Me 2: Holy Chicken!” from filmmaker and activist Morgan Spurlock. His latest stunt is an unfortunate and one-sided hit piece on an industry that provides Americans with the healthiest, most sustainable, affordable, and responsibly raised protein in the market. It is clearly told in a story intended for “entertainment” and not based on facts.

While NCC did not participate in the film’s production, we can say that we’re proud of how U.S. chicken is produced.

Since the movie’s original filming more than three years ago, a lot has changed:

The chicken industry launched its transparency campaign – Chicken Check In– to answer questions about chicken production;

– All quick service restaurants now post calories on their menus; and

– The majority of chicken farmers today are thriving and helping to produce America’s #1 protein.

We invite anyone interested in seeing first-hand the real story of broiler chickens to watch NCC’s360° video series. These videos show chickens’ journey, from their first day in a hatchery to how they’re cared for on the farm. Our members use industry leading and third-party certified animal welfare practices to ensure the birds are raised as healthy as possible. The national flock is as healthy as it’s ever been.

We are also proud to share that the overwhelming majority of the 25,000 farm families who partner with chicken companies are satisfied with their relationship. In fact, almost 95% of all contract farmers choose to renew year-over-year by the same company, and most companies have waiting lists of farmers wanting to enter a partnership. The ultimate success of the chicken company depends on the farmer.