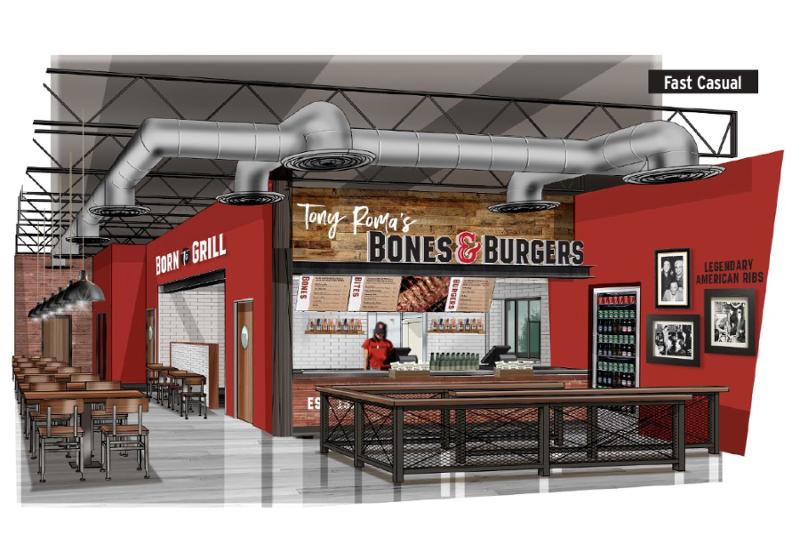 Casual-dining chain Tony Roma’s turned 50-years-old this month. And it is preparing for a future that looks quite different from its past.

The chain, which has shrunk to just seven U.S. locations, was acquired by Equity Investors of New England last summer. Fifteen years ago, it had 110 U.S. restaurants, according to Restaurant Business sister firm, Technomic.

“Casual dining has had its challenges through the years,” Bourgeois said. “These were great restaurants back in the 1990s when everyone was building 250-seat restaurants. The dynamics have changed. People are eating differently.”

“It could fit into a ghost kitchen,” he said, adding that he expects to announce a partnership with a virtual brand operator in the coming months. “We have been looking at that angle.”

The first of the fast casuals will open by the end of the year, either in Orlando or Miami. The company had been scouting locations pre-pandemic but was sidelined by the crisis, he said.

The menu will be pared down to about 12 items, with a focus on burgers and baby back ribs, as well as a handful of side dishes.

Plus, it’ll only take about four employees per shift to operate, he said. A traditional Tony Roma’s restaurant requires up to 80 workers.

“The cost of labor keeps going up,” he said.

Bourgeois said the new concept is designed to appeal to franchisees who are seeking a speedier return on their investments.

Bones & Burgers will be outfitted with updated equipment that will cook burgers and ribs in as little as four minutes, compared to 12 to 14 minutes at the casual-dining restaurants, he said.

“Our focus has been international,” he said.

The fast casual will include the Tony Roma’s name in its signage, as well as the parent chain’s signature red color.

Romacorp is also working with a designer and architect to create a new full-service prototype that’s about 3,000-square-feet.

“You will start seeing it,” he said. “We’re looking to grow organically on the corporate side, with three to four corporate locations of Tony Roma’s per year.”

Friendly’s Café, a 2,700-square-foot prototype with 45 seats, is slated to open next month.