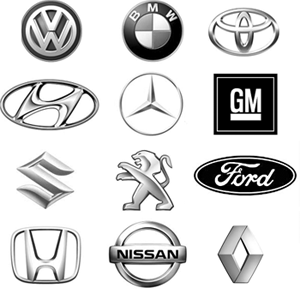 The global car industry has a stable list of automotive companies. Even though it’s hard to say which is the leading or the best in the field, there are numbers and figures which can make for a clearer classification.
Get a comprehensive overview of global manufacturers in our automotive industry analysis.

The top OEM companies are usually the same throughout the years because they’ve been progressing since their beginning. However, the entire chart of best vehicle manufacturer’s changes slightly as different companies change their positions from time to time.

So the following list of the Top 10 Automotive Manufacturer (Auto OEM) shows the best in the field without making one better than the other. Each of these automobile producers has its own domination in a particular category, as well as its own benefits in comparison to the others. The numbers and figures for year 2013 are as follows:

Discover the top 10 automotive equipment suppliers where competition is even harder and individual domination in each region is quite strong.