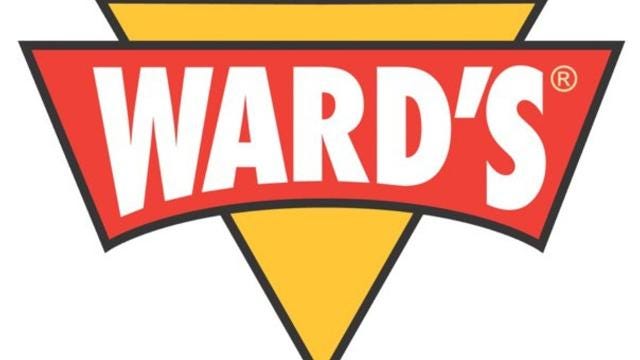 Founded in 1978, Ward's is Mississippi's longest running fast-food franchise. The Big One has become the state's signature fast food hamburger.

Since 1978, the “Big One” and “Lil' One” have become the quintessential menu items for central and south Mississippi’s drive-in, Ward’s. Like the slug burger in northeast Mississippi, the culinary creation that is Big One has fans across the country.

Shelley Sullivan and husband Glen became owners of the Ward’s brand in 2004, and operate 14 of the franchise’s 39 stores.

“We get people from all over the country asking us to ship to them,” Shelley Sullivan said, noting that they'd sent 100 Big Ones to Michigan for a rehearsal dinner the previous week. “Even though we’re only in Mississippi right now, we have a following far beyond.”

The allure of Ward’s chili and root beer, which are made in-house at each location every morning, has stayed with Pine Belt native Kaylen Addison after relocating to Boston for work.

“It's really like lobster rolls in New England; a Lil' One or Big One combo is just the iconic meal that lets you know you're home,” said Addison, whose aunt sent her a package of chili seasoning to help mitigate her Ward’s cravings.

“I was too terrified to use it in case I messed it up,” Addison said, but her birthday in April was the perfect opportunity to give it a try. “I did my best and it actually was passable. It wasn't nearly as greasy as real Ward's chili, but the leftovers tasted even better than it did the first night.”

Ward’s iconic chili and root beer are vestiges of the Frostop, a New Orleans chain, which the Ward brothers opened in Hattiesburg in 1957. The chili dog was a popular item at the Frostop, so when the brothers opened Ward’s, they added chili to the burgers, and the Big One was born. 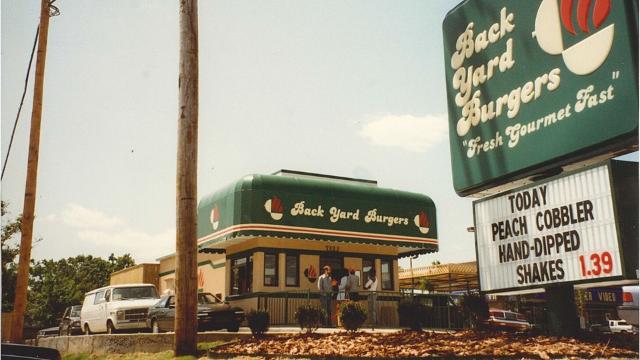 History of Mississippi's Back Yard Burgers

Founded in Cleveland in 1987, Back Yard Burgers has become Mississippi's most successfull fast-food franchise.

“A lot of people never even realized they were two different (people),” Shelley Sullivan said. "Richard wore a Rolex and Ed wore a Timex, which symbolized their different personalities.”

The first franchise came in nearby Petal in the early 1980s. The brothers opened a franchise company by 1985. In 2004, the Sullivans combined the franchise and founding companies. The Ward family still owns three Hattiesburg locations.

Ed Ward has passed away, but Richard can be found eating at the 40th Avenue location most days, Shelley Sullivan said.

Ward’s employees make the root beer every morning; the process of pressurizing and combining syrup with ingredients takes hours, she said. The result is a smooth, vanilla-rich cola that stands out from the coast-born and slightly cloying Barq’s.

The chain sells root beer by the gallon and is open for breakfast, cracking eggs and preparing them to order, a rarity in the fast-food industry. Under the Sullivans, Ward’s has added chicken wraps, fruit smoothies, sweet potato fries and more dessert options.

RELATED: A beginner's guide to Back Yard Burgers' taste

Glen Sullivan began working at the original 40th Avenue location as a teenager, where he advanced from fry cook to manager. After Glen and Shelley were married, they were offered an opportunity to open a location in Ellisville as franchisees. They opened a new store each of the next 10 years to become the largest franchisees in the chain.

In addition to overseeing product continuity, the Sullivans put new emphasis on radio and television commercials and came up with a unique bumper sticker marketing campaign. Using a sticker that says, “We got Big Ones,” Ward’s partnered with radio station B95 to give away $100 each week to a car spotted with the sticker. If no one claims the prize, the money rolls over to the next week.

Two Ward's stores are scheduled to open in south Mississippi this year, and the chain has begun looking to expand into the northern part of the state, Louisiana or Alabama. The Sullivans have added their daughter, who recently graduated from Mississippi State University, to the family business.

“The Wards built an awesome empire, and we hope to continue the family tradition,” Shelley Sullivan said.