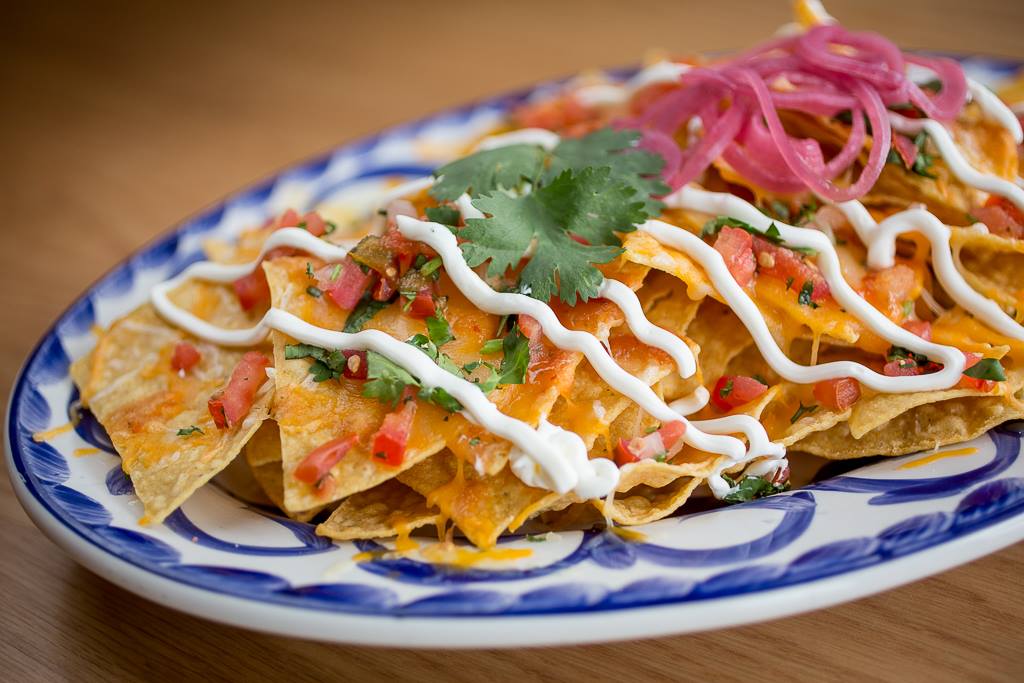 Here, we’ll offer up an education on some of the different types of Mexican cuisine you’ll find in the USA and beyond: Tex-Mex, authentic Mexican, and modern Mexican food.

“Let’s go out for Mexican food”. Undoubtedly it’s phrase you’ve heard before, and most likely you’ve said it at some point, too!

It’s a simple fact: Mexican food is delicious. But did you know that what we consider traditional Mexican food in the US is actually not the same as the food you’d eat in Mexico?

For many US residents, Mexican food means burritos, quesadillas, and hard-shell tacos. As tasty as these dishes may be, they don’t tell the full story of Mexican cuisine.

For many of us in the USA, what we think of as Mexican food is actually Tex-Mex food.

Tex-Mex, as the name implies, is a fusion of Mexican and American cuisine. Originally, this was a type of cuisine which became popular in Texas, which makes sense given the proximity of the state to the Mexican border.

While Tex-Mex is inspired by dishes from south of the border, it also uses plenty of ingredients that are US additions.

For instance, Tex-Mex prominently features shredded cheese, which is not as ubiquitous in traditional Mexican cuisine. This type of cuisine also has a global component, including a prominent use of cumin, thanks to the influence of Spanish immigrants in Texas. You may be surprised to know that nachos, crispy tacos, and chili con carne are all actually Tex-Mex dishes!

Tex-Mex has evolved over the years, and while its popularity used to be limited to the Southwest, it’s now popular all over the USA. At Borracha, our menu includes a few nods to Tex-Mex with dishes like our nachos, burritos, and crispy-shell tacos.

So what is authentic Mexican cuisine? While this is the cuisine that Tex-Mex evolved from, it’s very different.

Authentic Mexican cuisine is characterized by fresh ingredients that are local to Mexico, including tomatoes, chile, spices like coriander and epazote, and lots of corn–for example, most tortillas would be corn based, and corn either ground or whole kernels feature into the cuisine prominently.

In terms of cheese, you’re not going to see much shredded orange cheese, but would be more likely to see soft Mexican white cheeses. If you’re looking for a great authentic dish that includes a lot of Mexican flavors, try our Mexican Street corn, which is served with crema, cotija cheese, and cilantro.

Tacos are also different in Mexico. They are smaller and served on soft shells. In the US, we will often call this type of taco a “street taco”. Sure enough, at Borracha we offer street tacos in a variety of flavors! 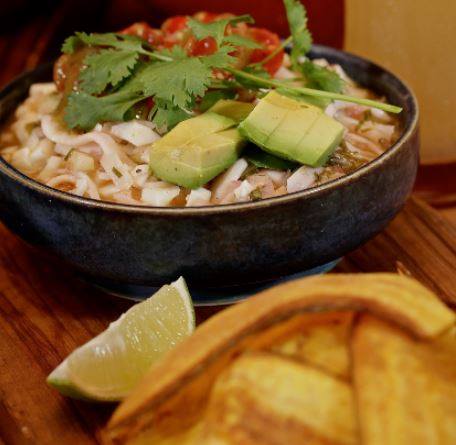 Modern Mexican cuisine is the latest emerging variation on Mexican cuisine. It is inspired by authentic Mexican cuisine, and is reverent to fresh flavors and the ingredients of mexico, including agave, cacao, tomatoes, pumpkin and squash, corn, and chile.

However, Modern Mexican cuisine takes these traditions and adds a twist. It might be combining elements from the cuisines of other cultures. Or, it might incorporate ingredients local to the area where the food is being prepared, even if they’re not traditional Mexican ingredients.

Modern Mexican cuisine is created by chefs who care about the culture and want to respectfully use aspects of it to create new and enlivening flavors.

Our Coconut Ceviche is a particularly creative example. This vegan dish is served with coconut serrano dressing and crispy plantains. It’s unforgettable!

At Borracha Mexican Cantina, we love Mexican food. We embrace the evolution of this wonderful cuisine in its past, present, and future on our eclectic menu! Whether you’re craving an authentic pico de gallo, a gooey cheese quesadilla, or a creative classic dish with a twist, our talented chefs have you covered.