Mythbuster: Cajun food is not native to New Orleans. Often confused with Creole fare, the two Louisiana cuisines share a common ancestor but have distinct differences.

Cajun food is associated with the Cajuns whose ancestors emigrated from France, settled in L’Acadie in present-day Canada, and were then forcibly expelled by the British in the mid-1700s. These Acadians then migrated south in what is known as Le Grand Derangement (or the Great Upheaval), some of them to Louisiana west of New Orleans. There, they became known as the Cajuns — and the area they settled Acadiana. Their cuisine evolved as a direct result of the natural environment and resources at hand. Without refrigeration, Cajuns had to learn to utilize the whole animal (sausage is a specialty), and one-pot meals were the norm.

Cajun and Creole cuisines developed on parallel but distinct paths.

Like other aspects of Louisiana culture, pride in regional cooking runs deep. Cajun cuisine is no exception. While New Orleans has historically been the hub for Creole food, many chefs born and raised in Acadiana with Cajun food in their blood have brought their cuisine to the city. Food lies at the heart of life across Louisiana. So whatever the occasion (or non-occasion), celebrate it with a taste of Cajun country at one of these restaurants.

Where to Eat Cajun Food in New Orleans

This Bywater restaurant emphasizes Cajun meats (it even has a small meat market) like boudin and cracklins. The boudin burger’s sizable patty comes with pimento cheese on Texas toast. The cracklins come in quarter-pound, half-pound, and whole-pound appetizer options. 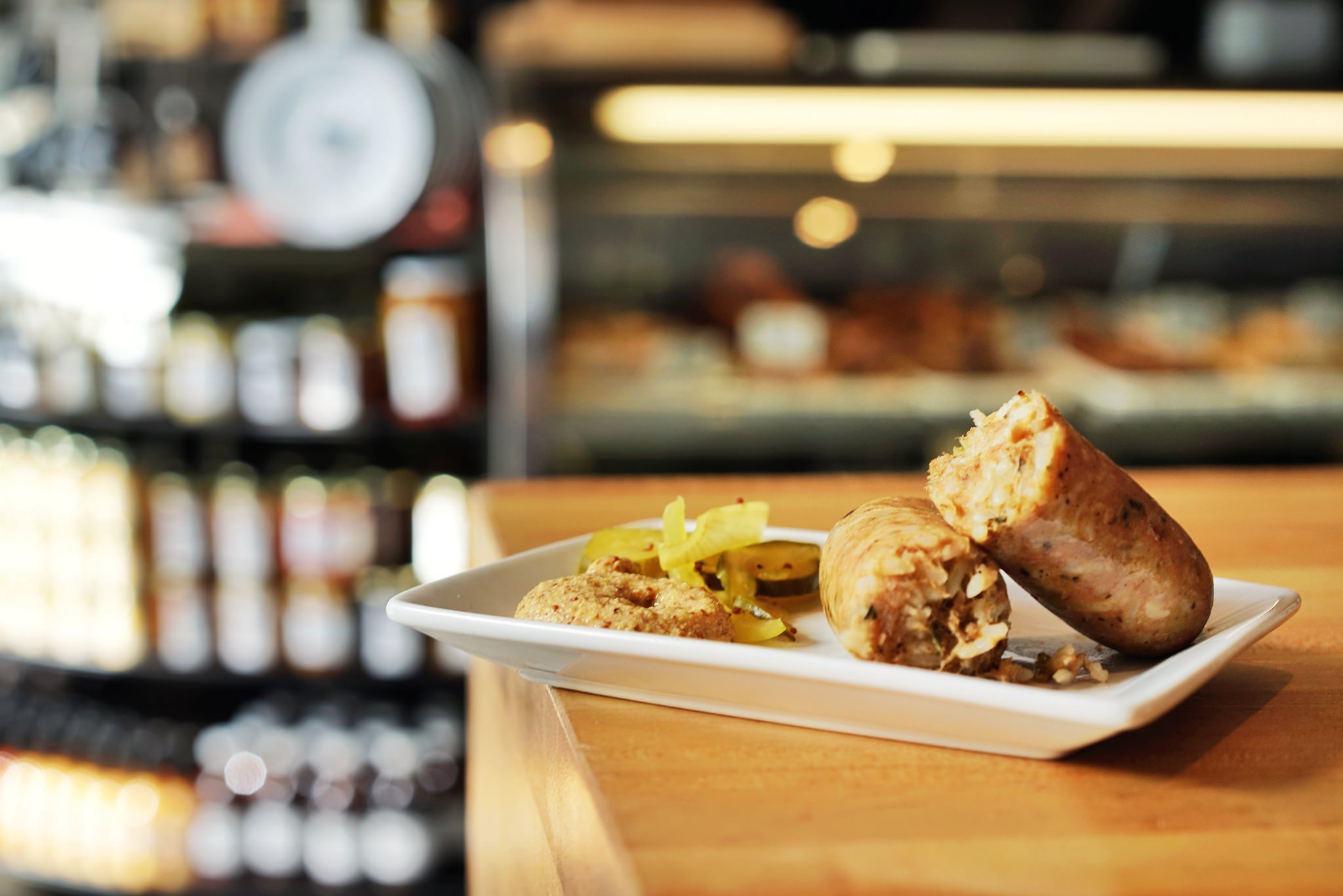 Operated by local celebrity chef Donald Link, Cochon and its younger, more casual sibling, Cochon Butcher, reflect the Cajun food traditions in which Link was raised. Cochon’s dining room is warm and woody, and the food is prepared with quality ingredients. 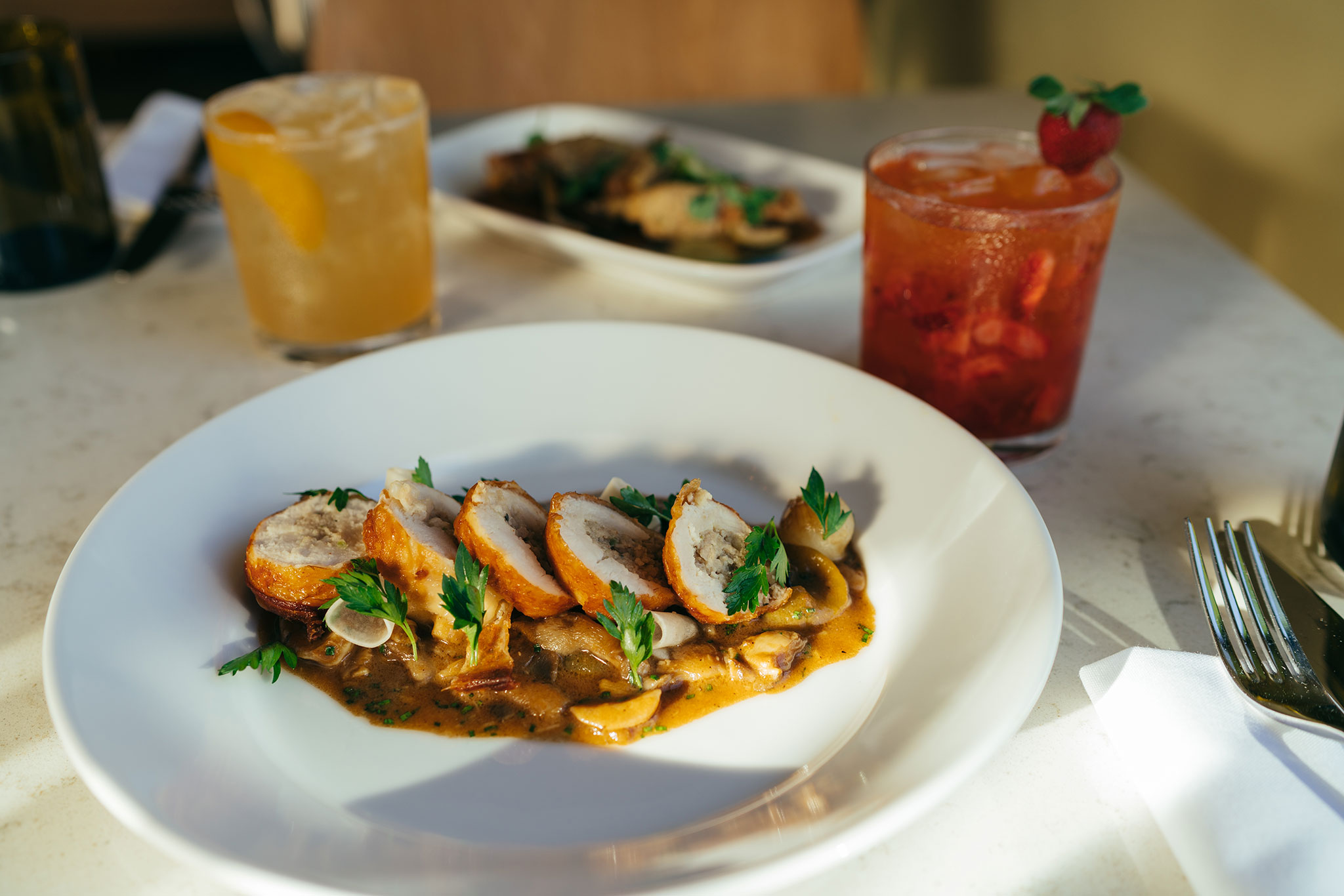 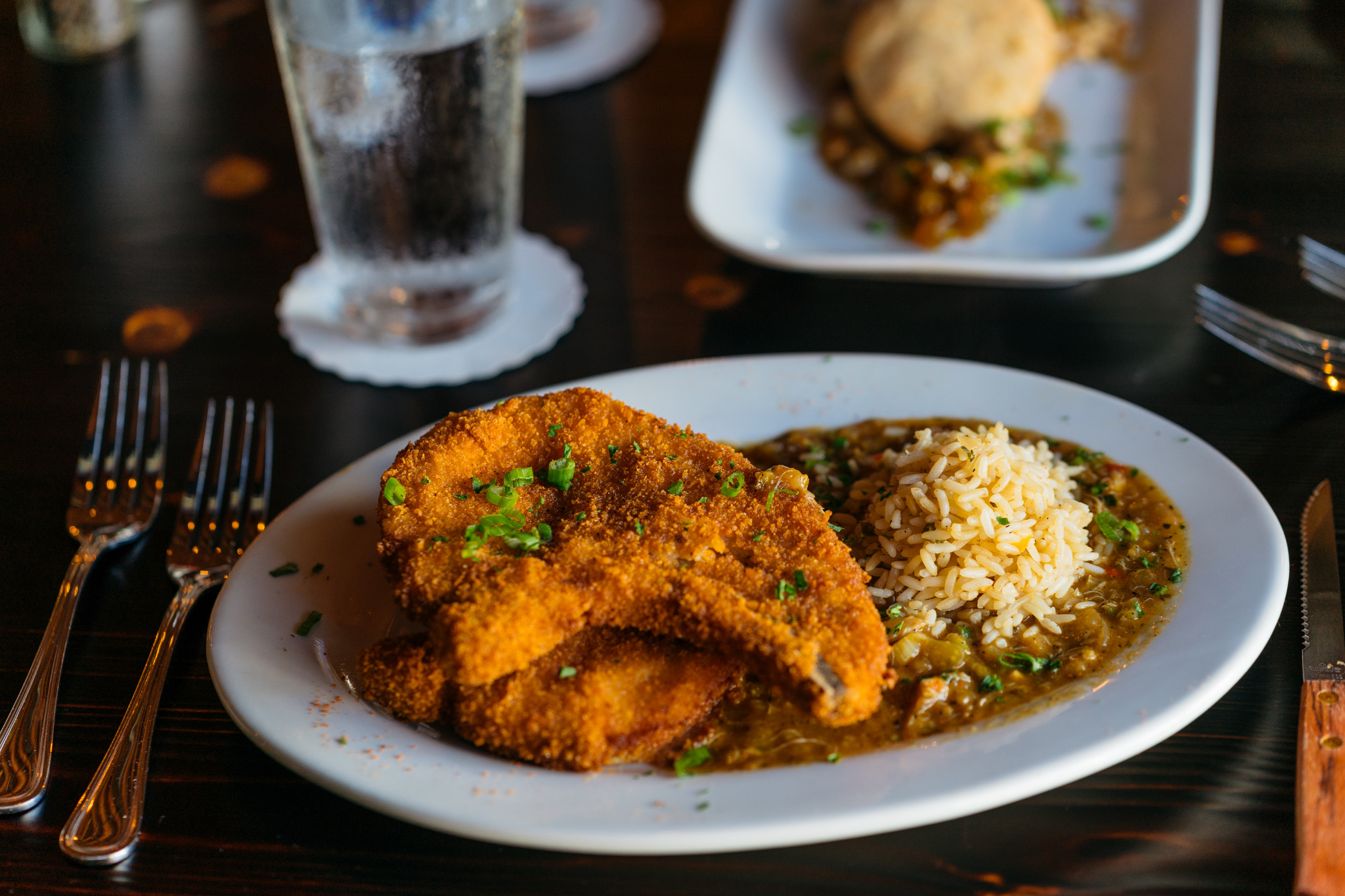 Long lines can mean a challenge getting a table at Jacques-Imo’s, but once you’re in the door, the restaurant is a feast for the senses. Colorful artwork crowds the walls and ceilings throughout several dining rooms while the menu bursts with flavor. Try the panéed rabbit served over Shrimp and Tasso Pasta. Or, for a simpler taste of Cajun cuisine, order the fried boudin balls (when available).

Made famous by the late Louisiana chef Paul Prudhomme, who invented the “blackening” seasoning process, K-Paul’s offers an upscale restaurant environment serving high-quality local, including Cajun, cuisine. The restaurant has been around since the late 1970s, growing with the times. Don’t let the white tablecloths fool you — K-Paul’s Cajun-style jambalaya is still on the menu. 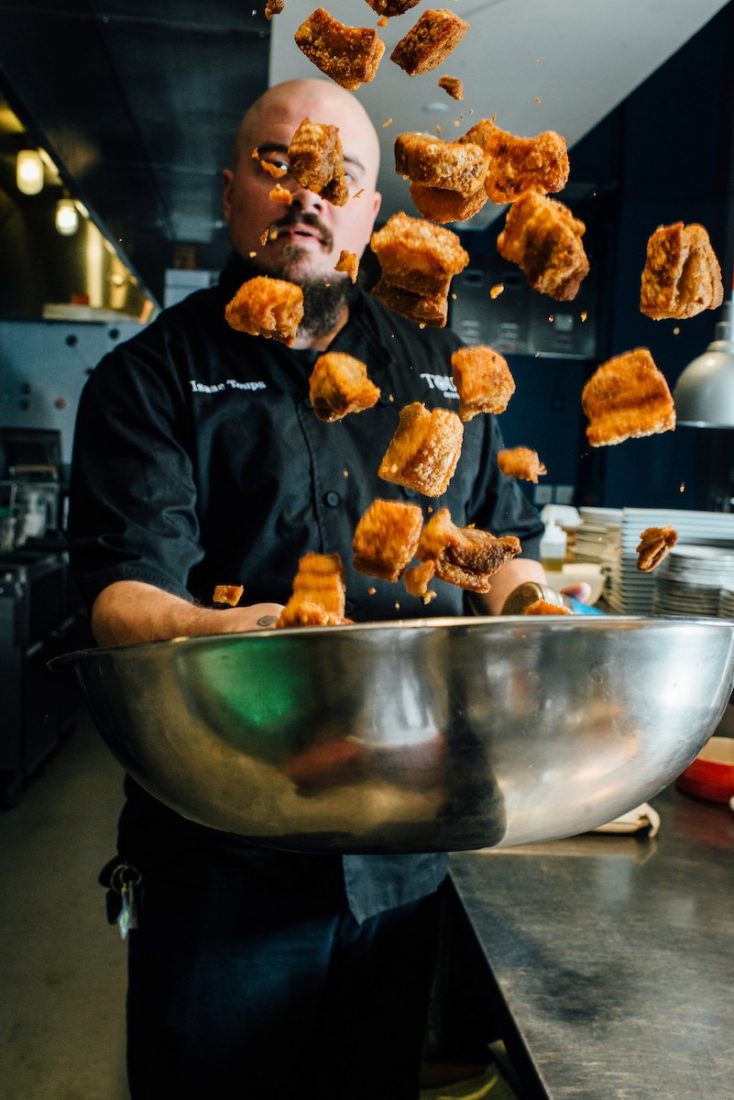 Led by the world-renowned chef John Folse, a native of Acadiana, and Executive Chef Rick Tramonto, Restaurant R’evolution offers both classic Louisiana dishes and new creations that use local ingredients like alligator, crawfish, sassafras, and persimmons. Death by Gumbo, Restaurant R’evolution’s most popular dish, is a full gumbo served with a whole, semi-boneless quail stuffed with oysters, andouille sausage, and filé rice. (It’s also first on our list of where to eat gumbo.)

Run by a family of Louisiana natives, Toup’s Meatery shows off Cajun cooking at its finest. Chef Isaac Toups has been named a semi-finalist and finalist for James Beard Best Chef of the South. Toups South, located in the Southern Food & Beverage Museum, offers some of the same items from Toups’ Meatery, but with an emphasis on other Southern flavors as well. Both restaurants’ menus feature the chef’s favorite: cracklins (or gratons). These pieces of crispy and juicy pork belly are a treat what co-chef Amanda Toups says “pairs perfectly with an ice cold beer but also with just about any damn thing.”

A relative newcomer to the scene when compared to some of the others, Trenasse is led by Lafayette native chef Jim Richard. Its menu highlights Gulf Coast cuisine, specifically Louisiana cuisine. Trenasse serves gumbo, boudin balls, and alligator tamales. Located within the InterContinental, Trenasse offers a rustic yet chic vibe.

Named after the Louisiana town of the same name, Vacherie’s menu features authentic Cajun (and Creole) food designed by Chef Jarred Zeringue who grew up there. For a shareable appetizer, try the Cajun sausage platter with house-made pickles. The restaurant, located in the French Quarter also offers a courtyard dining option.