Florida doesn’t have mountains. Or even many hills, really. What Floridians consider elevation changes would draw a snicker from other regions: “That green is perched up about 6 feet, so it plays uphill – half a club more.” With a few exceptions, the ground just doesn’t do much at most potential golf sites until course designers bring in the bulldozers. 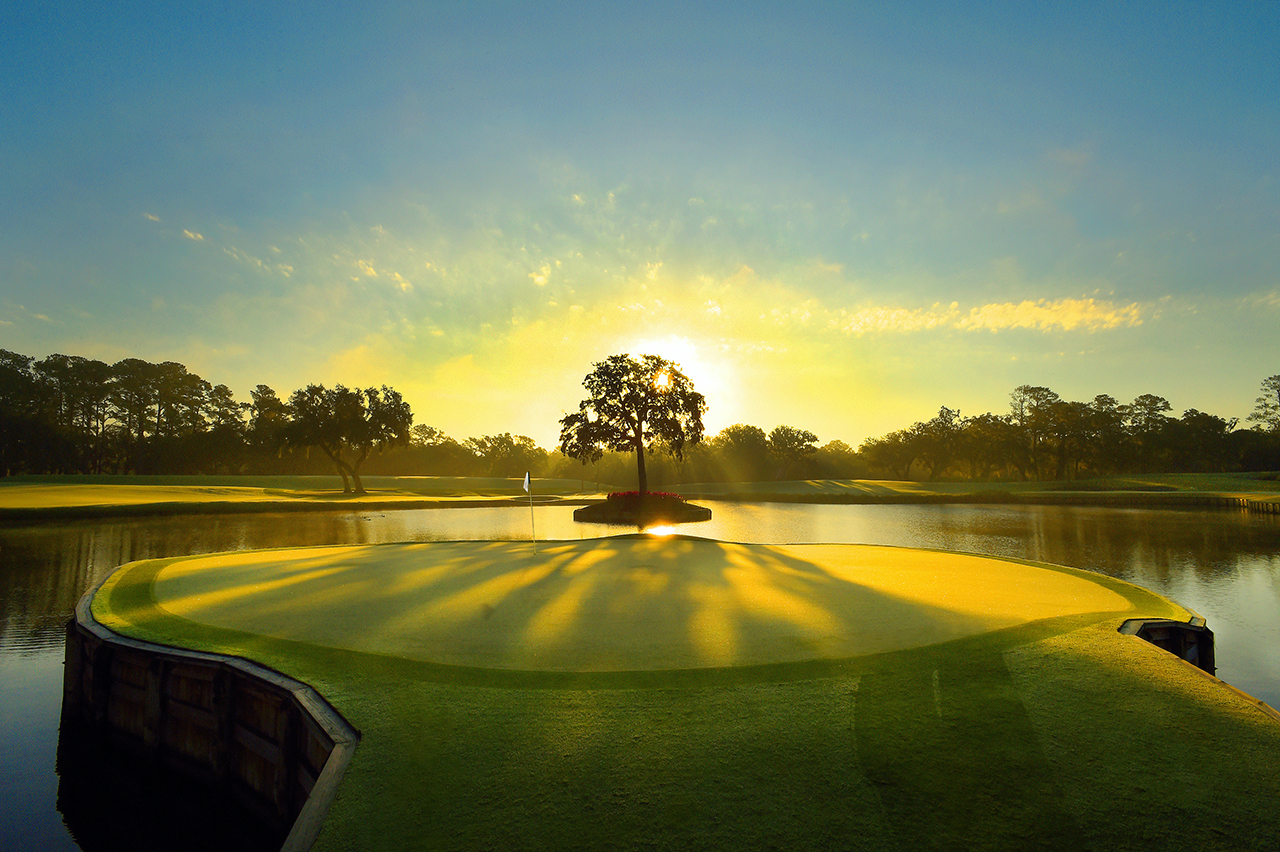 What Florida does have is water. Everywhere. Salt water. Fresh water. Swamps. Rivers. Lakes. It’s a damp state, and not just the humidity. For golfers – and willfully ignoring recent changes to nomenclature by the USGA that push the term “penalty areas” – they’re all water hazards at one time or another. And none of them plays a larger role in Florida golf than the small pond looming on Nos. 16 and 17 at the TPC Sawgrass Players Stadium Course in Ponte Vedra Beach.

This stretch of shoreline is known as the First Coast because it is home to St. Augustine, the oldest continuously occupied European settlement in the United States that now is an inviting, riverside strolling district packed with restaurants, bars and pirate-themed tchotchkes. That theme of first on this coast extends to the Players Stadium Course, especially its penultimate hole.

The 17th is the best-known hole in the state, 137 yards of water, fear and made-for-TV glory dreamed up by Alice Dye and built by her husband, famed designer Pete Dye. The course is the annual home to the PGA Tour’s Players Championship, an anchor site broadcast and streamed each year into living rooms around the world.

“I call the Players Championship the best four-day global commercial that northeast Florida could ever ask for,” Reese said. “I get calls from all over the country and all over the globe, just saying how great it looks. By far, that’s our ground zero, our stick in the ground. When everyone sees the Players and TPC Stadium, they can immediately dial in on this area.”

Even when considering the fear on No. 17 tee box, the pros atop the leaderboard can sometimes make the Stadium Course look almost easy during the Players. It isn’t – for many amateurs who tee it up there, it’s the most difficult course they ever will tackle. There are hazards out there the pros never have to think about, but for the rest of us, it’s trouble everywhere. Rough, water, deep bunkers, trees – take plenty of golf balls and keep your scoring expectations in check.

No. 17 clearly is the star, a striking, in-your-face one-shot challenge built to inspire awe and trepidation. In about a dozen rounds there, this writer has hit the green, hit it close, hit the water and one time even managed to park a ball on the walkway to the island – made par from the carpet in the State Amateur. Anyone who ever picks up an 9-iron should make the pilgrimage and take their shot at No. 17. 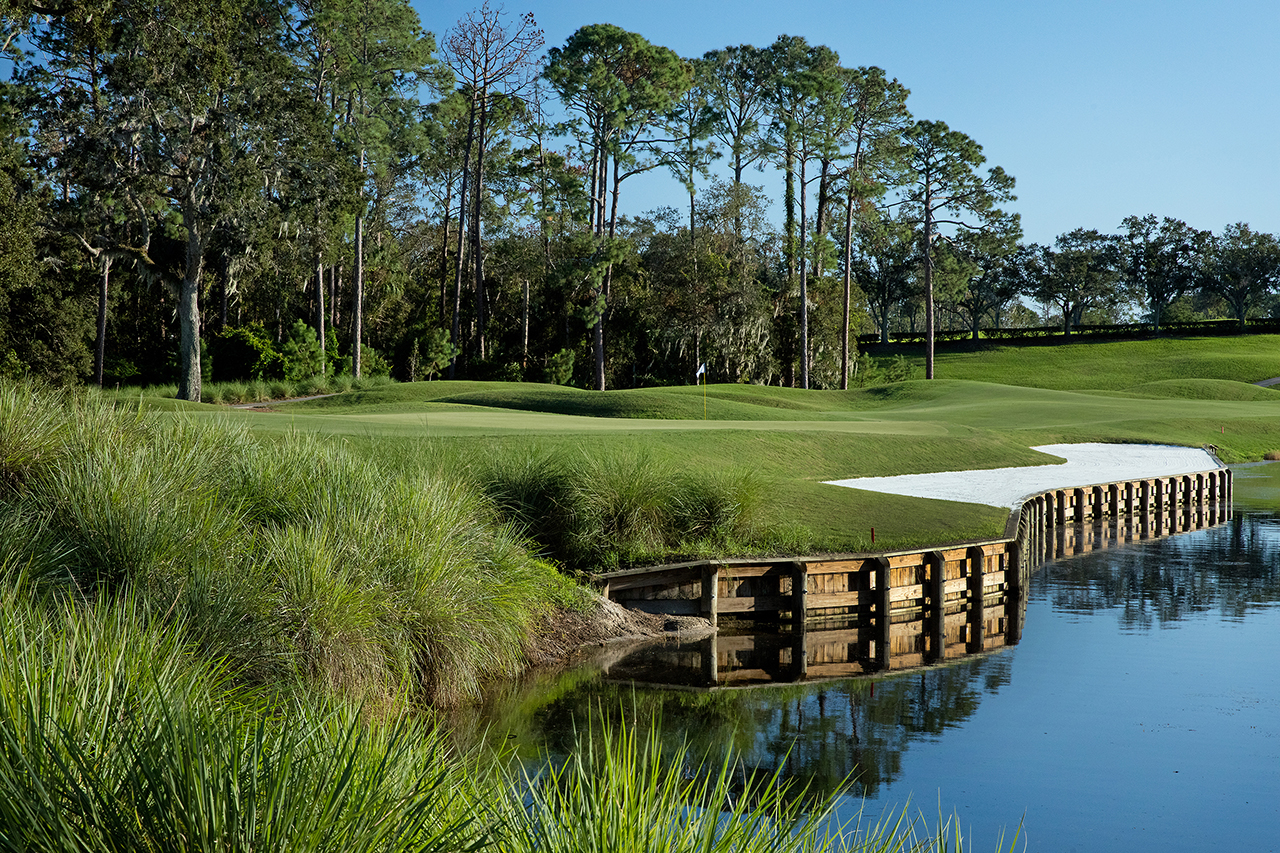 Those players also shouldn’t miss the course next door. Immediately adjacent to the Stadium Course is TPC Sawgrass’s Dye’s Valley, built and named for the same architect who constructed the adjacent masterpiece. Dye’s Valley isn’t as well-known as its neighbor, of course, but it has hosted the Korn Ferry Tour several times and the stroke-play portion of the U.S. Amateur in 1994, won by Tiger Woods in match play a few days later at the Stadium Course.

Dye’s Valley isn’t nearly as difficult as the Stadium Course, but that doesn’t mean it’s a pushover. The fairways are a bit wider and the rough tends to be a bit less punitive, but players might wish for a bit more of the tall grass to stop a ball rolling toward the water on nearly every hole. Interesting greens, architectural subterfuge, even a chance to make a few more birdies or pars – Dye’s Valley could be a household name for Florida golfers if it wasn’t overshadowed by its ultra-famous neighbor.