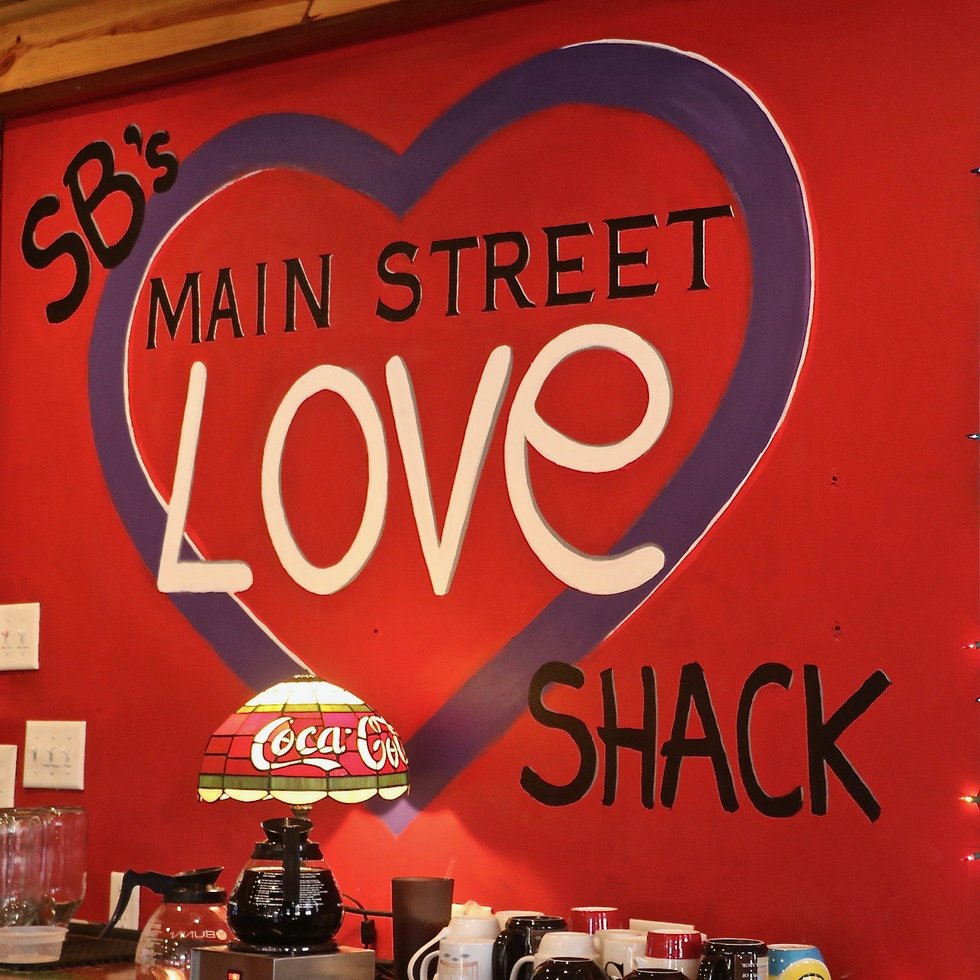 After opening SB's Lakeside Love Shack in 2017, owner Sarabeth Hagen is bringing the concept to the Fan. 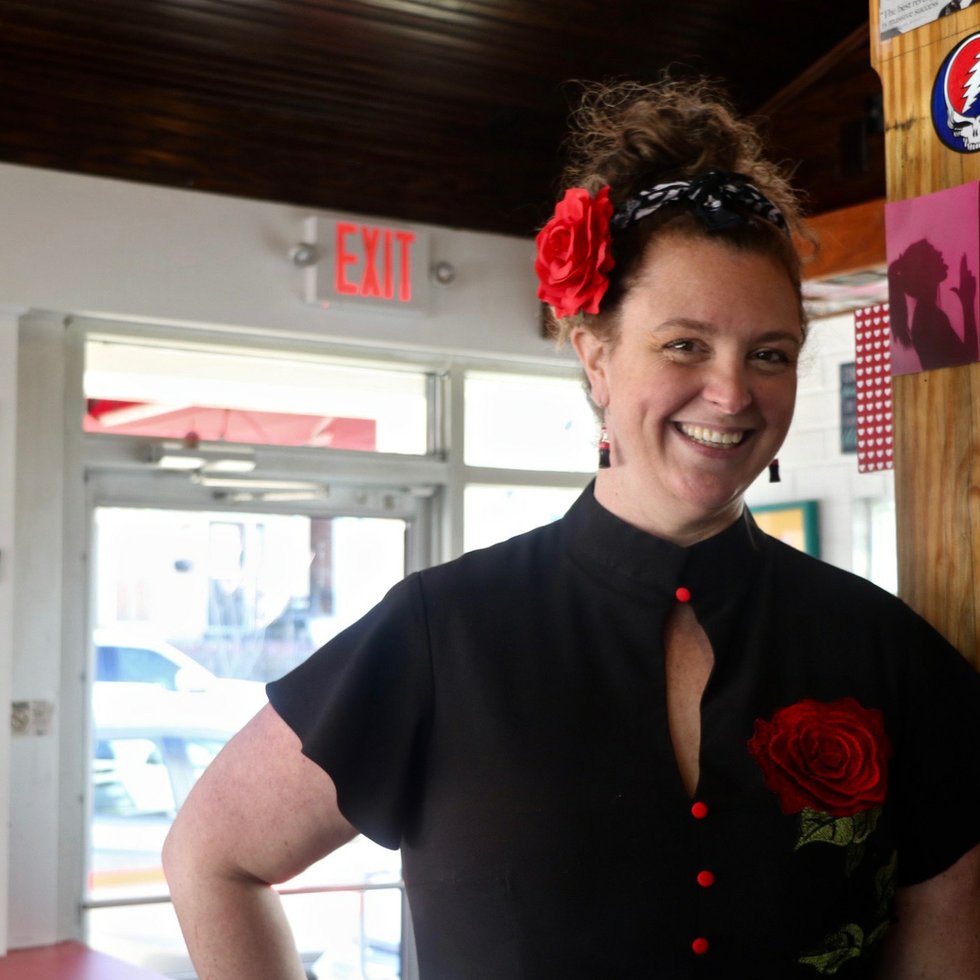 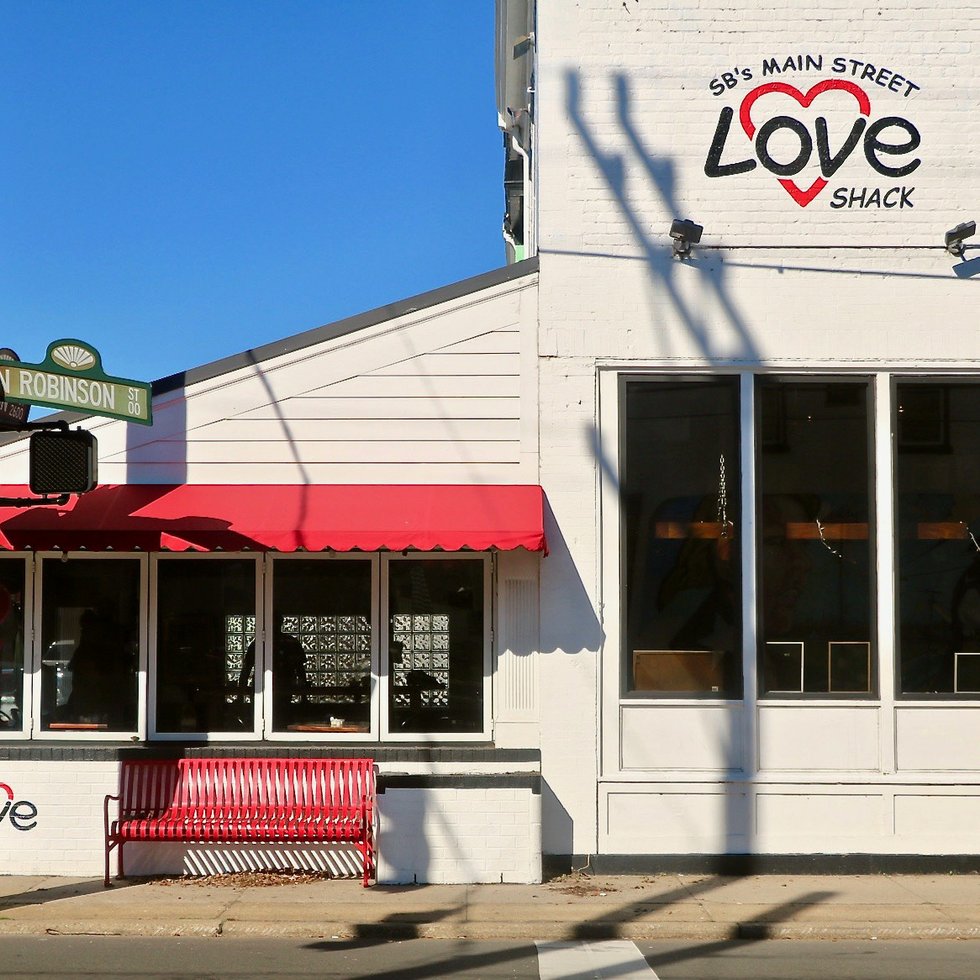 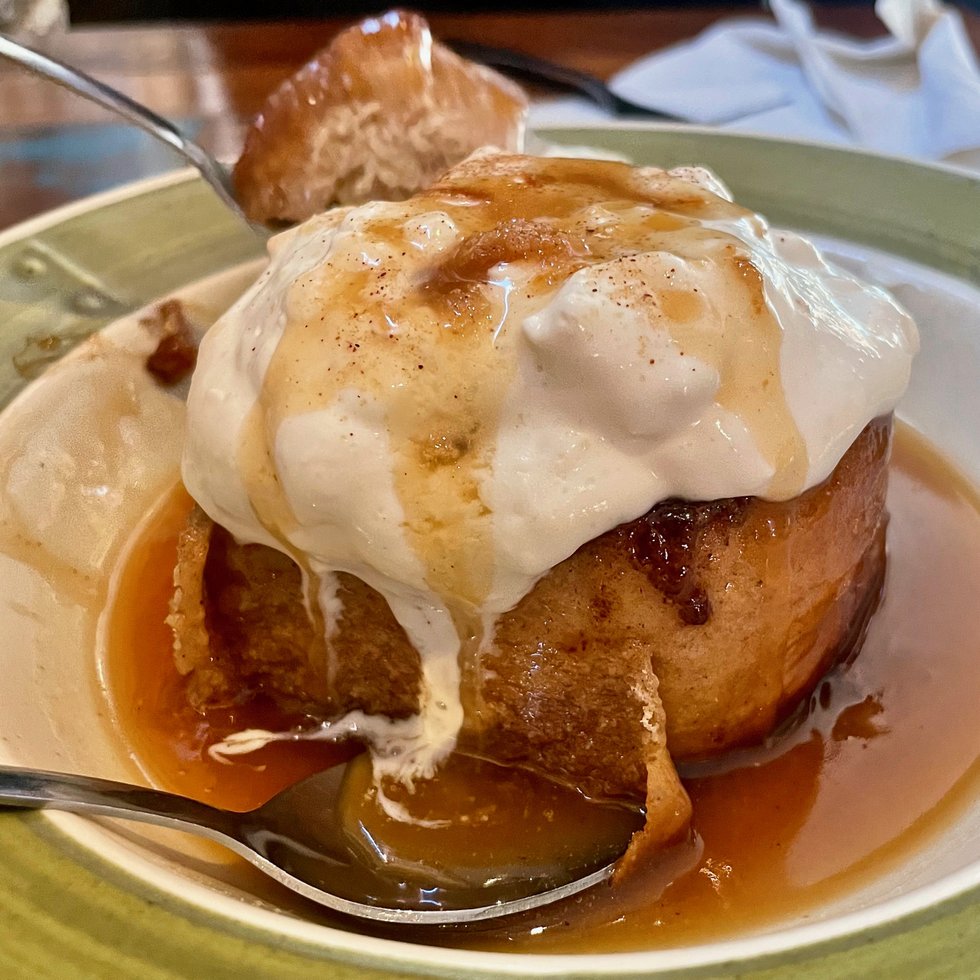 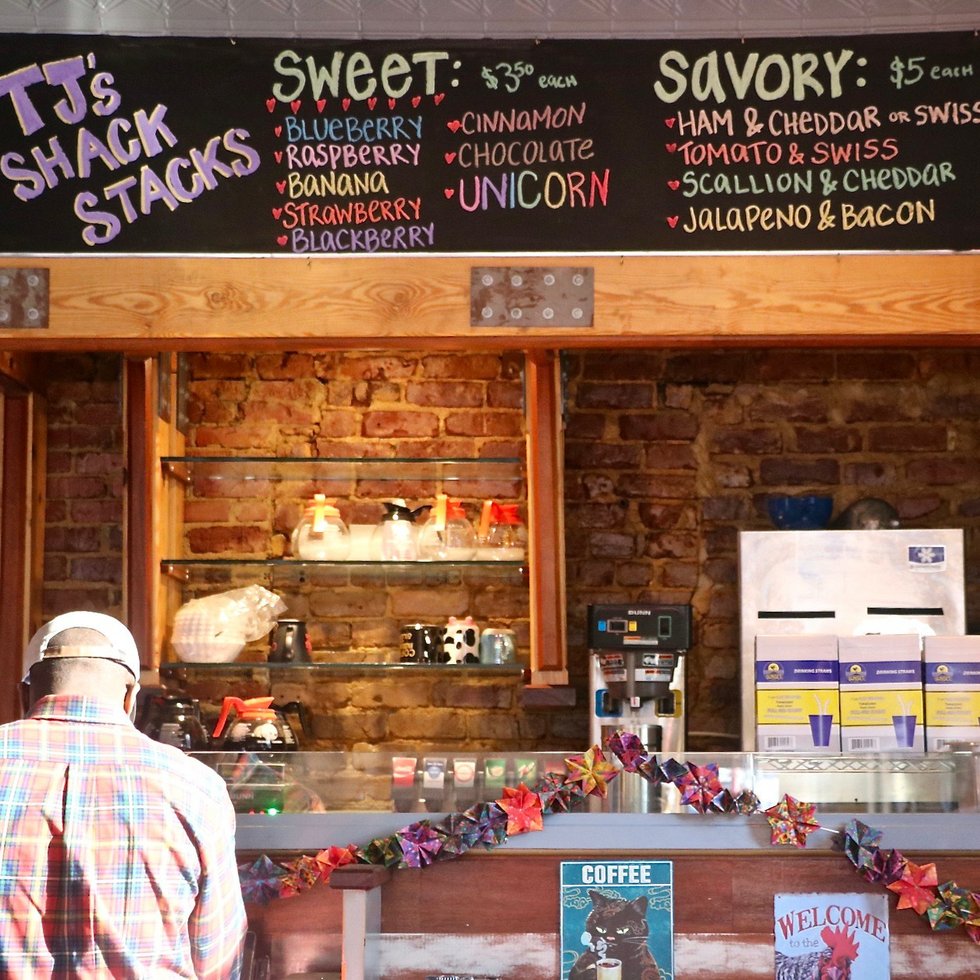 Pancake stacks come in a variety of sweet and savory options. 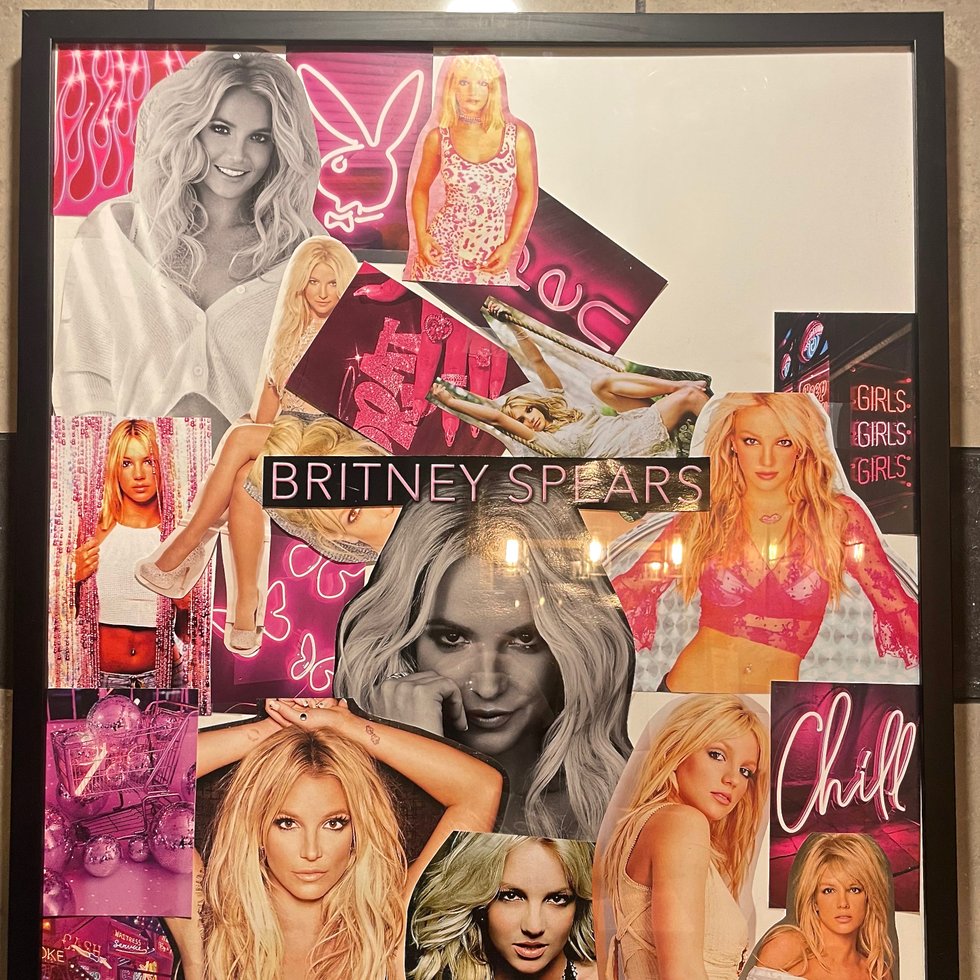 "That's my girl," Hagen says of her love for pop star Britney Spears. The women's restroom at SB's features a collage dedicated to the singer. 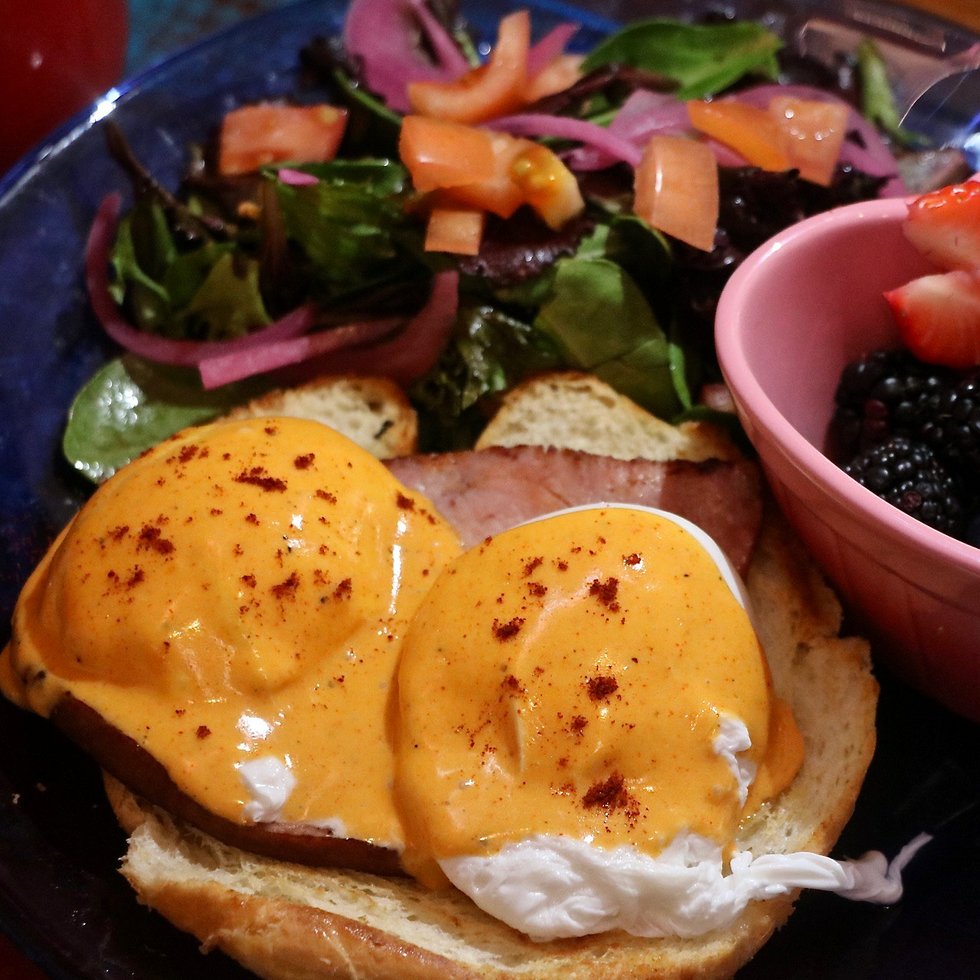 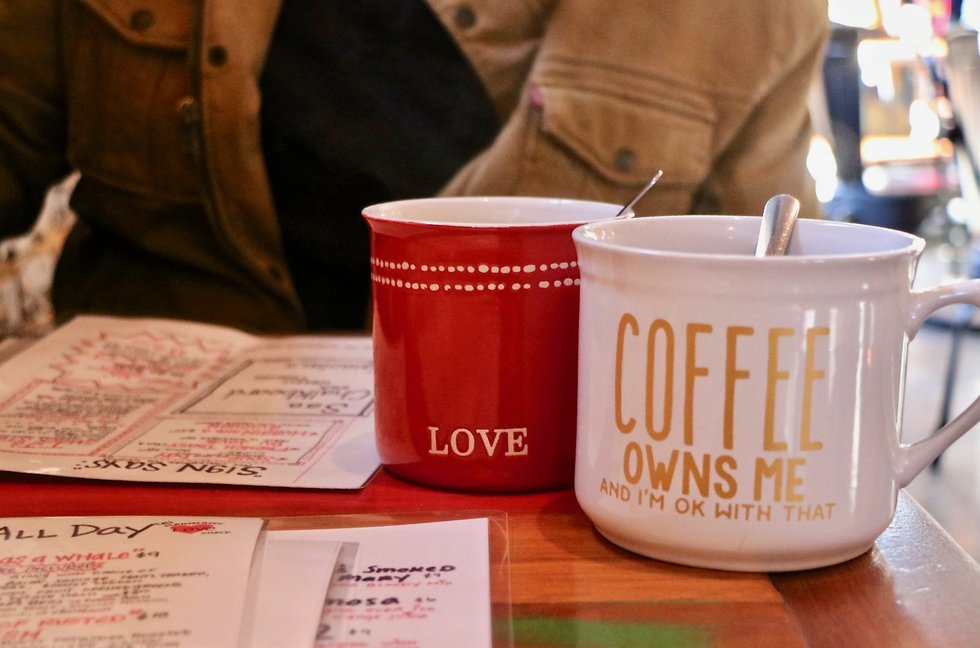 SB's serves breakfast in addition to a number of sandwich options. 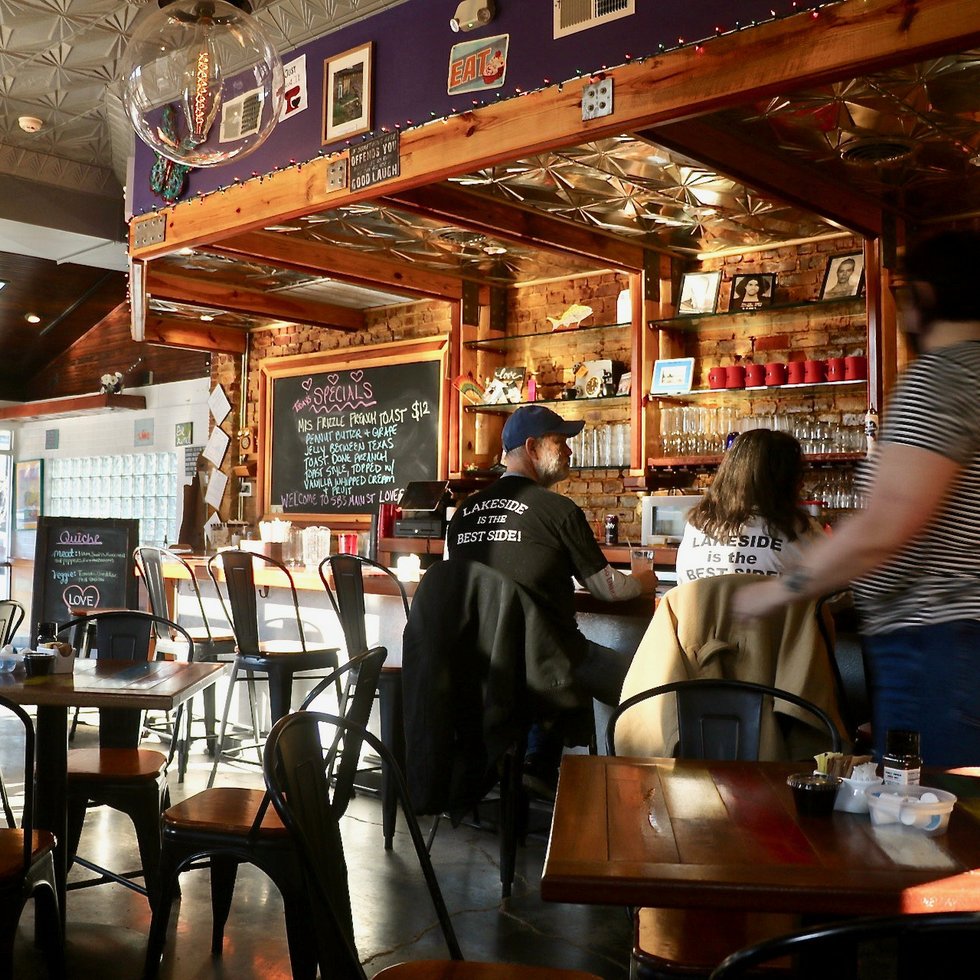 The bar at SB's

Rocking a fuzzy sweatshirt her grandmother gave her and a rainbow fanny pack, Sarabeth Hagen declares that she is infatuated with two things: food and love, the latter word adorning the front of her sweatshirt in sequins. The vivacious Hagen, 37, is also a firm believer that people should introduce themselves to their neighbors, smiles are contagious and Britney Spears is an icon worth worshiping — just check out the women’s restroom at her new Fan outpost.

On Feb. 24, Hagen, owner of the breakfast-centric, glitter-tinged mom-and-pop venture SB’s Lakeside Love Shack will open the doors of her second location. Reinvigorating the space that once housed Brunch at 2600 W. Main St., the restaurant will be dubbed SB's Main Street Love Shack.

“We’re basically taking SB’s and moving it into the Fan and showing them what Lakeside is about and our food and community and culture,” says Hagen, a VCU graduate.

The food? Everything from indulgent sugar buns — a recipe from Grandpa Joe — topped with salted caramel maple syrup and cream cheese frosting that can undoubtedly double as dessert to homey breakfast chili, vegetarian sweet potato hash, Beep Beep's Chicken Salad, and a collection of sweet and savory pancakes, or “stacks,” in flavors including cinnamon, jalapeno and bacon, and the rainbow-studded Unicorn with whipped cream and edible glitter.

The community? A host of loyal patrons who have become family — including a couple sitting at the bar sporting “Lakeside is the best side” T-shirts during the soft opening of the Main Street location while sipping Mom-mosas, a Hagen creation combining Champagne, orange juice and a shot of pineapple vodka.

The culture? One centered around positivity, puns and plenty of retro tunes.

Waiting tables since she was 15, Hagen says her high comes from serving others.

“There was no drug, no alcohol that could make me happier than the feeling of making people happy,” the Hampton Roads native says. “It’s contagious and comes right back to you, and I got that every single time I waited a table.”

After an eight-year tenure at nearby Robinson Street mainstay Curbside Cafe, in addition to a stint at Perly’s, Hagen had a desire to be her own boss and do things her own way. For many working in the food and beverage industry, Saturday or Sunday brunches mean serving others, not sipping three beverages — water, coffee, bloody mary — and noshing on breakfast fare, which was a source of inspiration behind her original vision for SB’s.

“I always worked brunch,” Hagen says with a laugh. “That was [why] I definitely wanted to make sure my people got to brunch any day they were off. 'Come on a Tuesday and we’ll take care of you.' ”

In 2017, SB’s Lakeside Love Shack debuted on Lakeside Avenue, quickly building a following of diners who were attracted to its kitschy charm, mismatched mugs, fun decor, and hefty breakfast and lunch fare.

“I wanted it to be a hole-in-the-wall community spot, and that’s what it became, and it grew because that vibe is contagious,” Hagen says. “That was the initial motivation, and then it took off. We started with six tables and now have two locations in four years. Everything is homemade, and you can taste it and feel it."

As for the origin of the diner's name, in college, Hagen acquired the nickname “SB.” She also was known for a signature tag: a heart with the word “love” through it — just like the one now painted across the side of her eatery at the corner of Robinson and Main streets. The morning Hagen went to sign the initial paperwork for the restaurant, she says she heard “Love Shack” by the B-52s playing on the Delilah radio show.

In addition to genuine hospitality, including welcoming children and their chocolate milk-craving and crayon-drawing tendencies, SB’s is also known for its trove of pop culture-related specials. Each week a massive chalkboard features dishes inspired by themes ranging from the '80s to Disney movies to "The Magic School Bus."

“I did the chalkboards when I worked at Perly’s and Curbside,” Hagen says. "I love chalkboards; I was going to be a teacher, so it’s always been my baby.”

After the recent death of Bob Saget, the restaurant paid homage to the comedian and actor with a "Full House"-inspired menu, and around the 20th anniversary of the release of the original Harry Potter book, dishes called “Sorting Hat” and “Golden Snitch” were available.

The themes have become conversation starters, a way for diners to feel connected with each other and with SB’s.

While expansion wasn’t part of her plans initially, Hagen says that when she received a call from the former Brunch owners about taking over the space, she knew it was an opportunity she couldn’t turn down. The menu at the Main Street restaurant will remain mostly in sync with its Lakeside counterpart. For those looking to snag a quick bite during the week, SB's offers "A Funky Lil' Shack" to-go bag featuring a breakfast sandwich, side of fruit, and water or coffee for $6. Hagen says she hopes to expand hours and host live music and drag brunches in the future.

“I really believe in love, and bringing joy to people," says Hagen, who recently got engaged. "My favorite thing people have been saying about this [new] building is the nostalgia it has, and that's kind of what we're about, nostalgia and keeping that good, warm feeling alive. I knew this was what I was born to do."

SB's Main Street Love Shack will be open Monday, Tuesday, Thursday and Friday from 7 a.m. to 2 p.m. and Saturday and Sunday from 9 a.m. to 2 p.m.