As New Year’s Eve revelers gear up for the ball-drop countdown, Big Apple restaurateurs are nervously watching the clock, too — hoping that unexpectedly full reservation books don’t get wiped out by a wave of last-minute cancellations.

Shrugging off Omicron fears and dire staffing shortages, most places plan to be open on the normally boisterous, last night of the year.  Many offer high-priced special menus and live entertainment just as they did in pre-Covid times, betting on the spirit of intrepid New Yorkers.

But most, like Stephen Starr, one of the city’s largest owners with eight Manhattan eateries, including Le Coucou, don’t know what to expect.

“Some people will cancel. Others will say ‘screw it’ and replace them,” he predicted. “You feel a sort of resignation — ‘OMG, the virus is back again’ — but also a lot of ‘f–k you, we’re going out anyway.’ It’s kind of refreshing.”

Many top places come with bold tariffs for the night. Bond 45 in Times Square is charging up to $2,000 for dinner, open bar and a show, and Saga in Fidi is selling much coveted space and privacy along with culinary extravagance and a jaw-dropping view for $1,200, and all but two of its 50 seats are taken.

“In any other year, we might have hosted a glitzy blowout at Saga,” said co-owner Jeff Katz. “Considering the year, we went for super upscale and intimate.”

Diners seem undeterred by the steep price tags. Peak, which has a late-night seating at $295, claimed it has a waiting list of 1,000, and the $925 gala at Daniel is sold out.

“Everybody lost reservations from people staying in, but a lot of people are deciding to remain in New York rather than going away, and they want to celebrate in style,” said Daniel Boulud. For those who want something a bit lower key, he is cleverly spilling over the festivities onto the following night, Saturday, when he will offer a seven-course meal at $350 and a four-course at $225.

Still, some diners are scrapping plans at the eleventh hour. 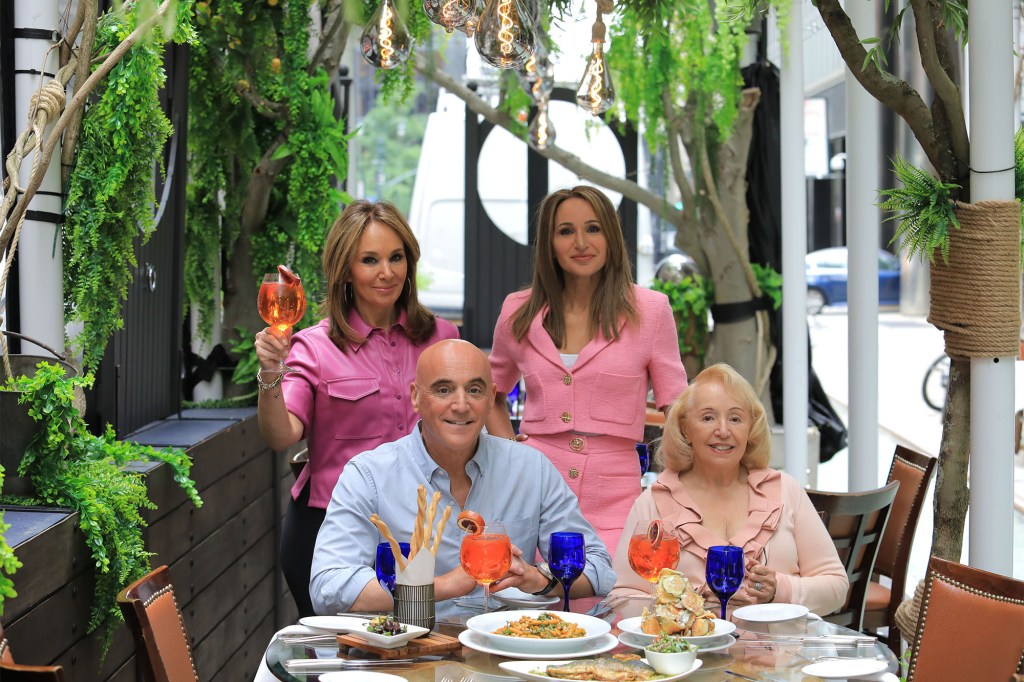 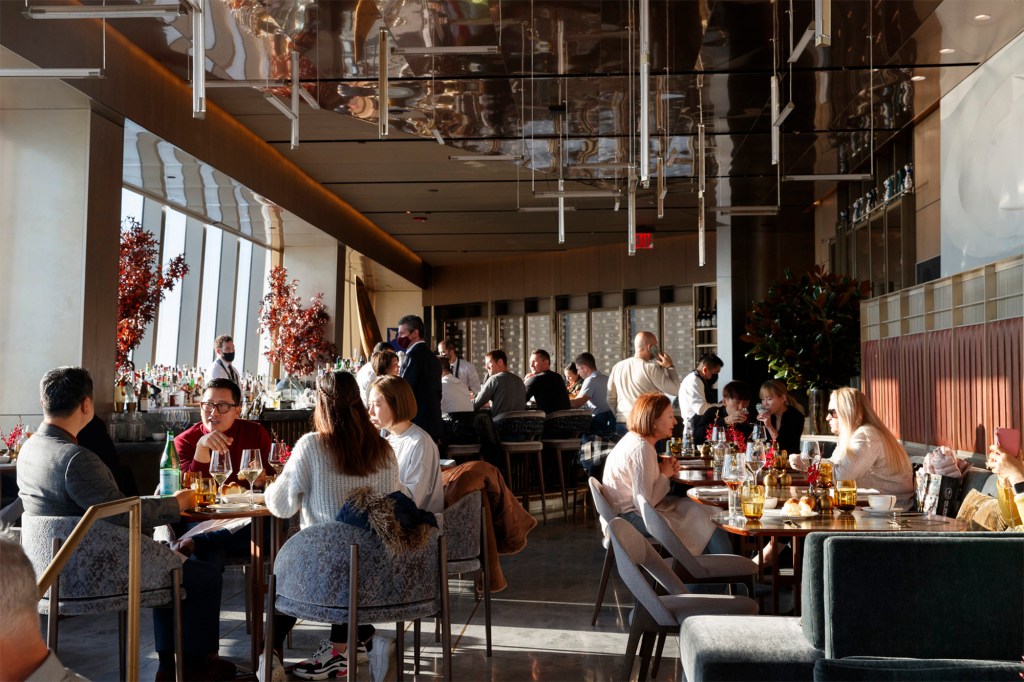 The dining room at Peak restaurant on the 101st floor at 30 Hudson Yards.

Greek favorites Avra and Kyma, each charging $250, are filled, but cancellations keep coming and need to be replaced. “We are forging ahead, doing what we have to do and trying to restore normalcy,” said Joe Ragonese, director of operations at Kyma, “I got a call an hour ago that two people in a group had COVID, so they canceled a table of 12.  I’m sure we will fill it.”

Those planning to party on are as nervous as the restaurateurs. John McDonald, who owns Lure, Hancock Street and Bowery Meat, said some diners are afraid he will pull the plug. “Our customers who have booked have been calling us to gain a level of confidence that we are going to stay open so they don’t get caught off guard,” he said. “We can tell they are looking to splurge because they are pre-ordering caviar.”

Although cases are climbing, the Centers for Disease Control and Prevention’s reduction of the quarantine from 10 to five days had a direct effect on bookings, according to Vladimir Kolotyan, partner at Barbounia and Isabelle’s Osteria in the Flatiron District. Both places will have DJs and Barbounia is offering a $120 later seating. “I was very surprised because we had a lot of cancellations over the last two weeks but after the CDC announcement, those reservations got filled and we now have a wait list at both places,” he reported.

‘We need to cheer up everybody!’ 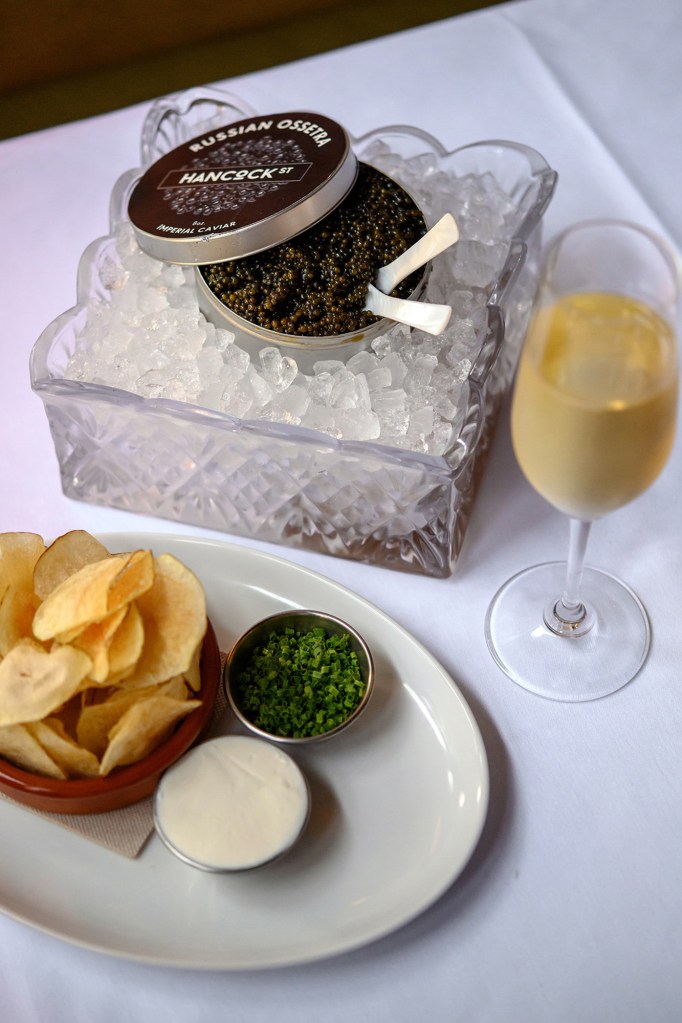 Above, caviar and Champagne at Hancock Street. 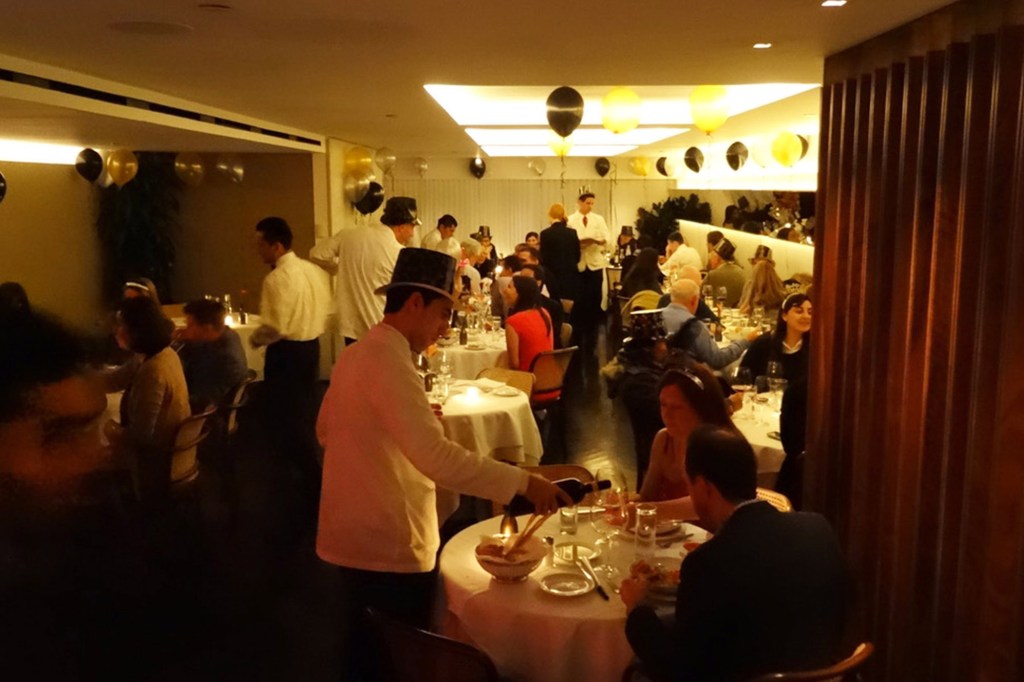 Some restaurateurs almost feel it is their civic duty to carry on. Gianfranco Sorrentino, managing partner at the Leopard and Il Gattopardo, said they usually sell out for New Year’s Eve weeks ahead, but 70 of its 300 seats remain open at the Leopard. Still, he is upbeat. “We have gotten lots of decorations, balloons, hats and noisemakers because we need to cheer up everybody!”

Not everyone is sticking to big party plans. Enrico Proietti, owner of Upper East Side haunt Bella Blu, has nixed his $150 per person late-night party and moved all reservations down to earlier seatings. “We had planned the same special party with a DJ we have done for 26 years, but this area is so quiet that we decided to switch it up. This year, it will be cozy and friendly instead,” he said.

Popular sushi mecca Kissaki experienced a 40% drop in reservations over the last two weeks, according to owner Garry Kanfer. He has canceled his parties, but is still offering a $200 omakase at the counter and taking care of those customers who don’t feel comfortable heading out by creating beautiful party boxes to be delivered to their homes. “Challenges aside, this is New York,” he said. “The night will go on!” 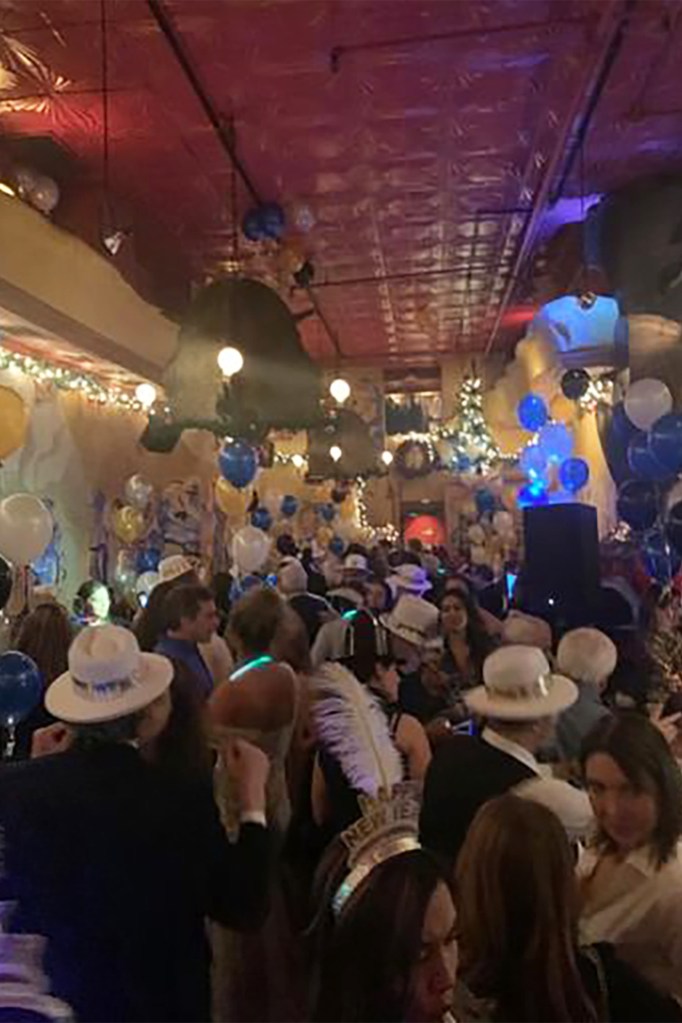 Upper East Side mainstay Bella Blu nixed its $150 per person late-night party of previous years and instead is doing a small and intimate celebration this year. 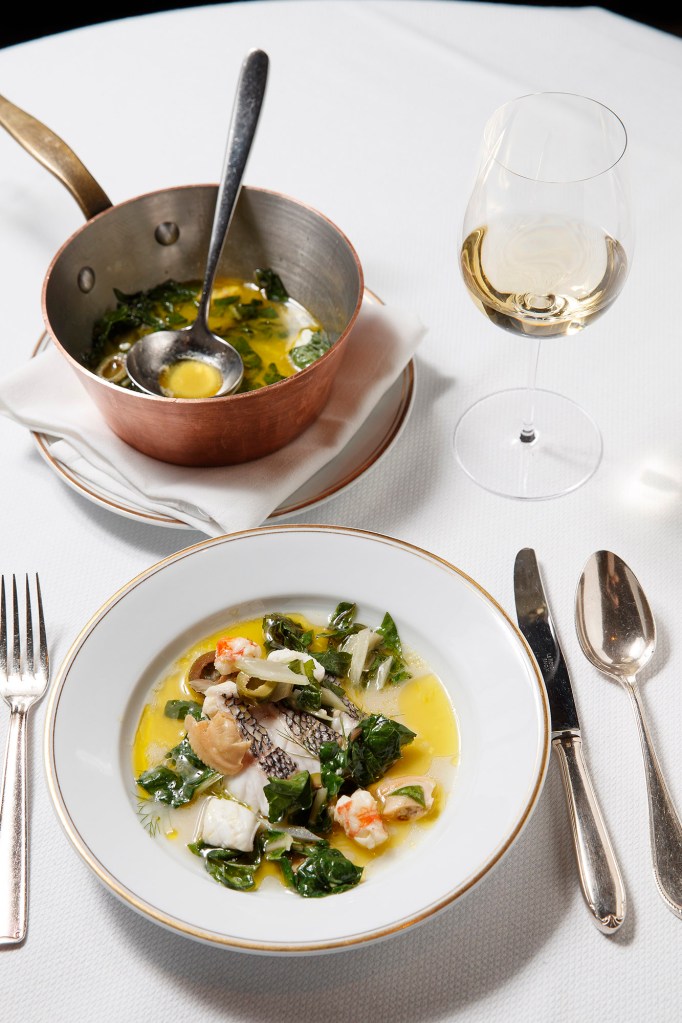 Above, the black sea bass at Le Coucou, which will be served topped with caviar on New Year’s Eve.