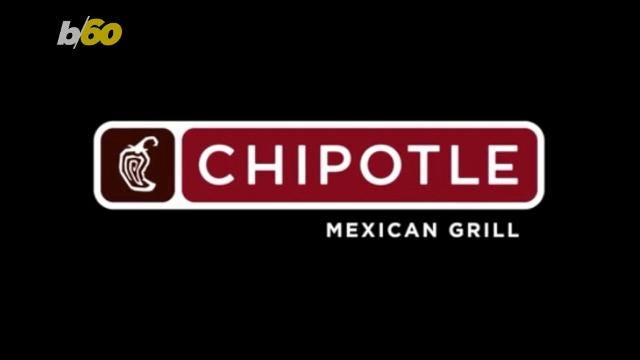 Chipotle is delivering – and this is why you should order now

Burrito fans rejoice! Customers at all 1800 Chipotles in the US can now have their food delivered.

FALL RIVER — Bring on the burritos.

“It’s gonna be amazing — it’s called lunch!” exclaimed Dora Graca, referring to the imminent opening of a Chipotle Mexican Grill restaurant located within walking distance of her place of employment.

She likes the idea of not having to drive across the Route 81 boulevard to grab lunch at one of the eateries inside SouthCoast Marketplace — the South End shopping center that is often clogged with drivers heading in and out.

The plan is for the Fall River Chipotle Mexican Grill, which sits near the entrance of the Ocean State Job Lot plaza, to open on Monday, Jan. 31, said Mikhail Johnson.

Johnson, who manages the Chipotle on Route 6 in Dartmouth, said he’s been training a general manager, as well as other staff members, who will work at the Fall River Chipotle.

Pink Bean Express: Fall River gets its Mojo back with reopening of Pink Bean coffee shop

A spokesperson for the California-based chain said the company still has job openings at the Fall River site and is in a hiring mode “across the country.”

She said Chipotle hires an average of 25 people per location, with starting wages for entry level “crew members” ranging from $11 to $18 an hour. Chipotle’s national, average hourly wage, she said, is $15.

The minimum hourly wage in Massachusetts now stands at $14.25.

'So many jobs out there': SouthCoast businesses, staffing agencies on the hunt for workers

The company’s website, however, says that a full-time crew member can earn the equivalent of $35,000 when company benefits and potential bonuses are factored into the equation.

It also says that a general manager, not including benefits and bonuses, earns a base annual salary of $80,000 and that a top-tier “restaurateur” — who has been promoted from the general manager position — earns at least $100,000 a year.

All employees are entitled to medical, dental and vision plans; a week’s vacation and a 401(k) retirement plan after a year on the job; storewide performance bonuses; and discounts on cell phone and gym membership plans.

Chipotle also has an employee referral program with bonuses ranging from $200 to $750 depending on the position being filled and offers qualifying candidates an educational assistance program that can total as much as $5,250 per year.

All 2,900 “fast casual” Chipotle restaurants in the U.S., Canada, United Kingdom, Germany and France are corporate-owned.

A dedicated drive-thru for digital orders

The Fall River Chipotle will feature a “Chipotlane” drive-thru lane that allows customers to pick up orders without leaving their car.

The digital-order, drive-thru lane, which the company introduced in 2019, is available to customers who place food orders using the Chipotle mobile app or website.

Customers who don’t order online and are accustomed to driving up and ordering will have to park and go inside the building.

Once a customer has downloaded the app it’s simply a matter of selecting the nearest store, the time you expect to arrive and whether you choose to use the Chipotlane; walk into the restaurant; or park in a designated parking space reserved for pickups.

In addition to 18 standard parking spaces, the Fall River Chipotle has three spaces reserved for app and online curbside pickup; two “Burrito Loading Zone” spaces for customers who have placed online or catering orders and prefer going inside the building; and two handicap parking spots.

It also has an outdoor patio with seating for 10 and 46 chairs inside the restaurant.

The Chipotle company in January 2021 said that since the beginning of the COVID-19 pandemic in March of 2020 that one third of its customers had tried its digital-ordering option, and that by third quarter of 2020 digital sales had tripled year over year and accounted for nearly 49 percent of total sales for the quarter.

Nearby competition for the Fall River Chipotle from other Mexican-style eateries include a Taco Bell on Mariano Bishop Boulevard; Fiesta Mexican Restaurant on Rhode Island Avenue; Qdoba Mexican Grill in SouthCoast Marketplace; and what by next summer will be a Pancheros Mexican Grill on Route 6 in Somerset.

In the case of Smithfield, he said Chipotle decided to abandon an older store with no drive-thru and relocate a half-mile away into a brand new building equipped with a Chipotlane.

Coelho said it usually takes a week to 10 days for a Chipotle to open for business after a certificate of occupancy has been delivered.

The Chipotle spokesperson didn’t provide an answer as to whether there has been difficulty in hiring staff  for the Fall River location, and if so whether it might have accounted for a delay in the opening date.

Coelho, who has worked for Cornerstone Design/Build for 18 years, said his company had supply chain problems during the four months of construction in getting timely delivery of  materials including rigid insulation, steel and wooden trusses.

He says his company did its best to anticipate delivery delays by placing large orders of certain materials well in advance.

“The idea is to hoard it until you need it,” he said.

Coelho said construction of the Fall River Chipotle building ended up being delayed three weeks as result of the supply chain problem.

He said other brands of fast casual Mexican-style restaurants that Cornerstone has built in recent years include Qdoba, Boston-based Boloco and Moe’s Southwest Grill.

Coelho also noted that a small building almost adjacent to the new Chipotle, which once had been a cell phone store, has been removed and replaced with a small island containing a pair of small trees.

Ocean State Job Lot, he said, made the change in order to create more parking for its customers.

Coelho says even before his work crew was finished working on the Chipotle building people would sometimes drive into the Chipotlane or walk up to the front door thinking that it was open.

Federal and state fines and penalties

Chipotle Mexican Grill has in recent years weathered some tough times in terms of negative publicity.

In 2020 it agreed to pay what was a largest of its kind $25 million criminal fine and institute a new food safety program, after the Justice Department charged the company with two counts of violating the Federal Food, Drug, and Cosmetic Act.

That came after more than 1,100 customers across the country who ate food from Chipotle became sick from 2015 to 2018.

Chipotle that same year also paid a nearly $1.4 million settlement to the office of the Massachusetts Attorney General in restitution and penalties for violating child labor laws.

It also voluntarily agreed to pay $500,000 into a fund to benefit young people in the commonwealth through educational programs and training.

Qdoba Mexican Grill, in 2019, was fined nearly $410,000 by the AG’S office for child labor law violations in Massachusetts.

Chipotle, which began in 1993 as a Denver burrito shop, has managed to get past the bad publicity and continues to see its brand grow and expand.

The company has stated a goal of having 6,000 outlets throughout the international marketplace, according to the GOBankingRates website, which also reported that same-store sales in the second quarter of 2021 increased 31 percent.

Charles Winokoor may be reached at cwinokoor@heraldnews.com. Support local journalism and subscribe to The Herald News today.